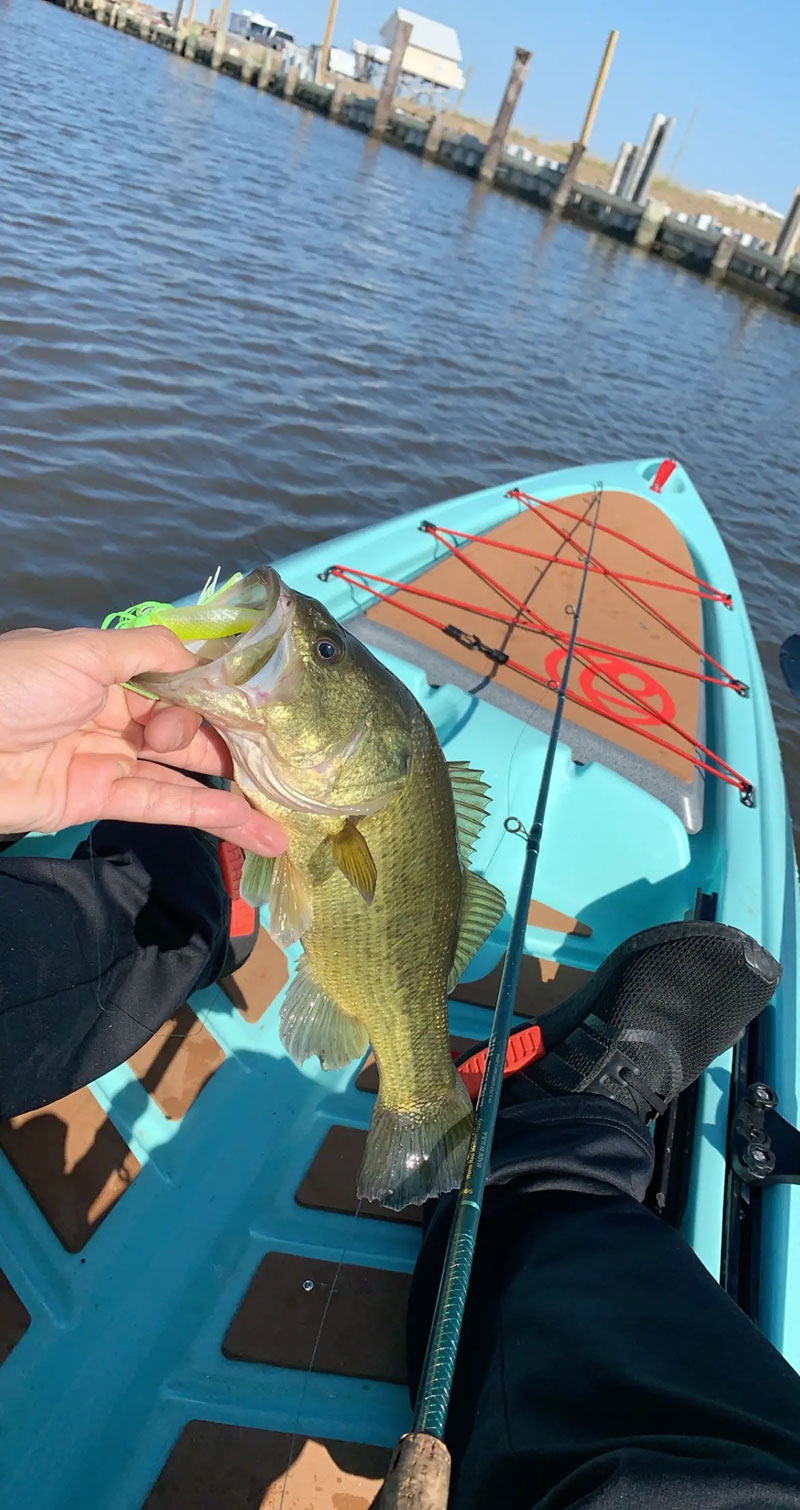 Avid bank-fisherman Kevin McClary just bought an American made Crescent Kayak and can finally venture off further than just the water’s edge. His first time taking it out yielded six bass and a keeper 17-inch speckled trout that absolutely smashed a Matrix mullet right out of the PAC kayak launch! Kevin originally set out to find some redfish, but with the cold front bringing in high winds, he was forced to stay close to the launch and keep the marsh tight to his east side. The baits Kevin used were Matrix mullet early in the morning for a few undersized specs plus the keeper, then when the sun came out in full force he switched to chartreuse and gold bladed Delta Lures thunder jig tipped with a lemon head Matrix Shad, making a perfect match between the two companies! Thanks for the awesome gear.