Mark Daniels Jr. knows what he wants in a crankbait — and he got it from Rat-L-Trap, the artificial lure manufacturer located in Alexandria.

The personable Fairfield, California pro bass angler hooked up with Rat-L-Trap a few years ago and rose to the top with the help of crankbaits, an ascent sure to continue now that he has the new MR-6, a departure from the legendary lipless crankbait series made by Rat-L-Trap.

Wes Higgins, 37-year-old president of Rat-L-Trap, is proud of Daniels and proud of the MR-6.

“It was purely driven by the pro staff. Certain pros kept coming to me and saying, ‘Wes, if we could build us a 6-foot range crankbait, we could really use it. A 6-foot crankbait is what we have tied on across the country,’ ” Higgins said.

All Rat-L-Trap pro staffers had input in the design of the MR-6. Daniels, though, was the “main guy.”

“This is his baby. It’s been great working with Mark,” Higgins said about the former FLW and Bassmaster Elite bass angler who has now joined Major League Fishing’s Bass Pro Tour.

“It’s a high-performance pro design that’s got everything in it tour anglers wanted,” he said, including a low-pitched knocking sound unlike the rattle of a Rat-L-Trap.

The focus was on key features of crankbaits fished effectively at that depth. Those features included casting distance, action and vibration.

Retired Alexandria firefighter Dusty Anders attested to those features after fishing trips on Toledo Bend and Lake Sam Rayburn. Anders, who retired in November, will turn his part-time bass fishing guide business to a full time venture — and he’ll have an ample supply of MR-6s.

On a late-December trip, he caught about 30 bass that trip, including 25 on the MR-6 with the others coming on a jerkbait. Water temperature was 57 degrees.

Because he was retrieving the crankbait over grass, ticking it at times, the bites came as he pulled away from the grass. The design of the crankbait, which is less buoyant than others, kept it a few inches off the grass — and that’s where the bass targeted it that day. 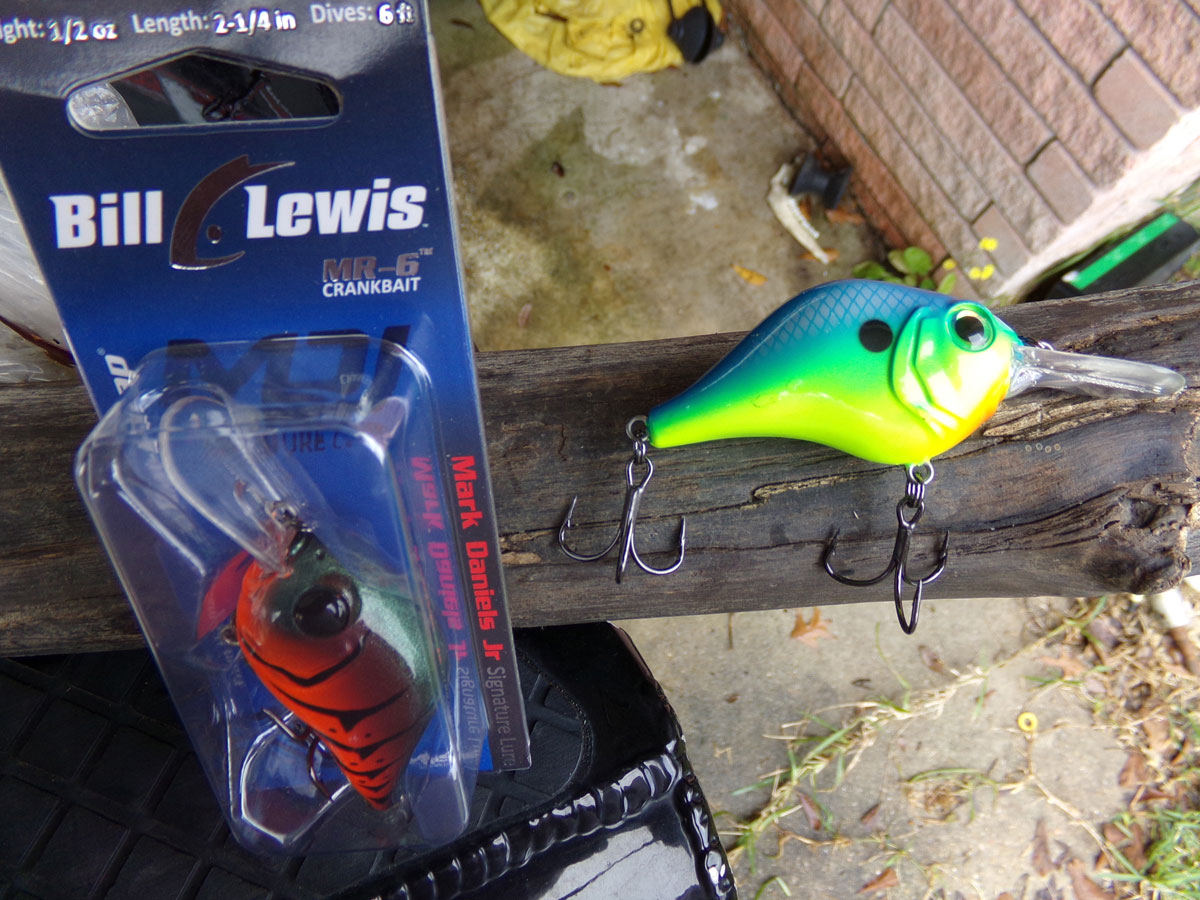 According to Higgins, the MR-6’s creation began in the fall of 2017. The body shape accounts for the vibration and action, he said.

“There’s a lot of distance between the bottom of the belly and the top. Look at the shape. It goes from being tall at the back of the belly to tapered at the tail. The real fast taper at the tail gives us the wiggle. The big flat side moves a lot of water,” he said. “It’s a pretty compact lure that gets after it.”

As for the action, Anders said, “This is in between a real tight wiggle and a wobble. It’s not quite as wide a wobble (as a square-bill crankbait).”

There are other things to like about the MR-6, he said.

“For one thing, I like the way it throws. This little bait throws excellent. It throws like a bullet,” he said.

The 2 ¼-inch, ½-ounce crankbait has an internal weight transfer system that enhances its castability, Higgins said.

Most noteworthy, Rat-L-Trap armed the MR-6 with Mustad Triple Grip Size 4 treble hooks because, he said, “We wanted to make sure we had that action, but still had big hooks. Those guys don’t like missing fish. In fact, that’s one of the things Boyd Duckett was really impressed with when he tested it — that it had such good action and vibration with such large hooks on it.”

“The thing I like about it is the big hooks. They’re real sharp. You don’t have to change them out of the box,” he said.

And there are plenty of color options.

“I think we have the best colors,” Higgins said about the 16 different offerings.

Remembering that day on Toledo Bend, Anders said, “Once I got tuned in to the right color, they had it in the back of their throat.”

He started the day with a dark-colored MR-6, a Rayburn red craw, and caught some — but as the sun got up a majority of the bass got on a shad-colored crankbait, silverado.