The Louisiana Department of Wildlife and Fisheries announced that the portion of state outside waters between the Atchafalaya River Ship Channel at Eugene Island westward to the western shore of Freshwater Bayou Canal shall reopen to shrimping at 6 a.m. on May 10, 2021.

The closure area is defined as follows: 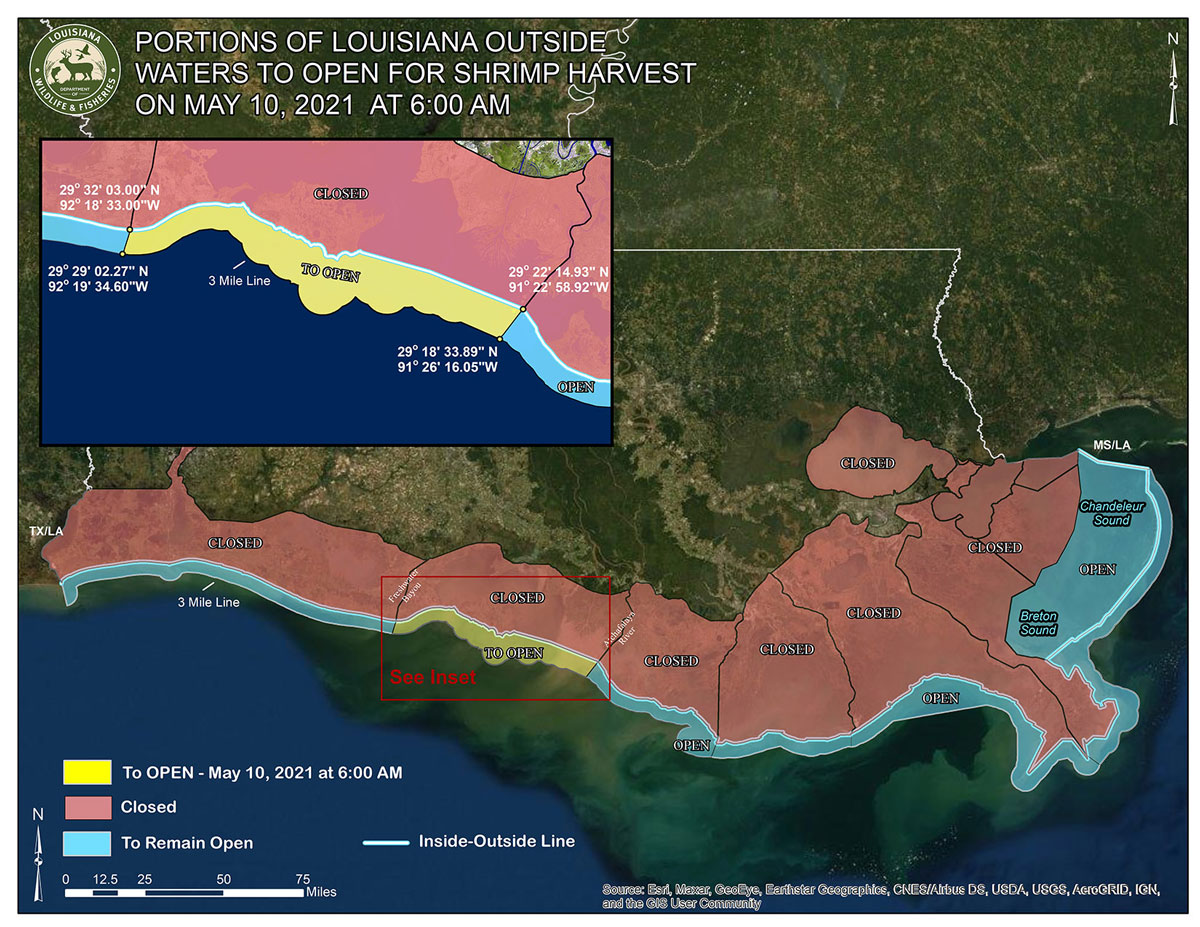 See above or click here for a map of the closure area.

Recent biological sampling conducted by the Department has indicated that small white shrimp, which have over-wintered in these waters from December to now, have reached marketable sizes and the closure is no longer necessary. Notice of any opening, delaying or closing of a season by the Secretary will be made by public notice at least 72 hours prior to such action.

The Louisiana Departments of Health, Environmental Quality, and Wildlife and Fisheries issues a series of fish consumption advisories. […]