The Commission action sets the opening date of the spring inshore shrimp season as follows:

LDWF biologists have monitored hydrological parameters and conducted weekly trawl samples throughout the state’s estuarine and nearshore waters since March to develop recommendations for the opening of the spring shrimp season. LDWF sampling data were used to calculate a ‘crossover’ date, which is when a minimum of 50 percent of the inshore brown shrimp population reach 100-count per pound or larger.

Set to open at 6 a.m. on Monday, May 10, 2021, is the remaining outside waters between Atchafalaya River Ship Channel at Eugene Island westward to the western shore of Freshwater Bayou Canal as defined below: 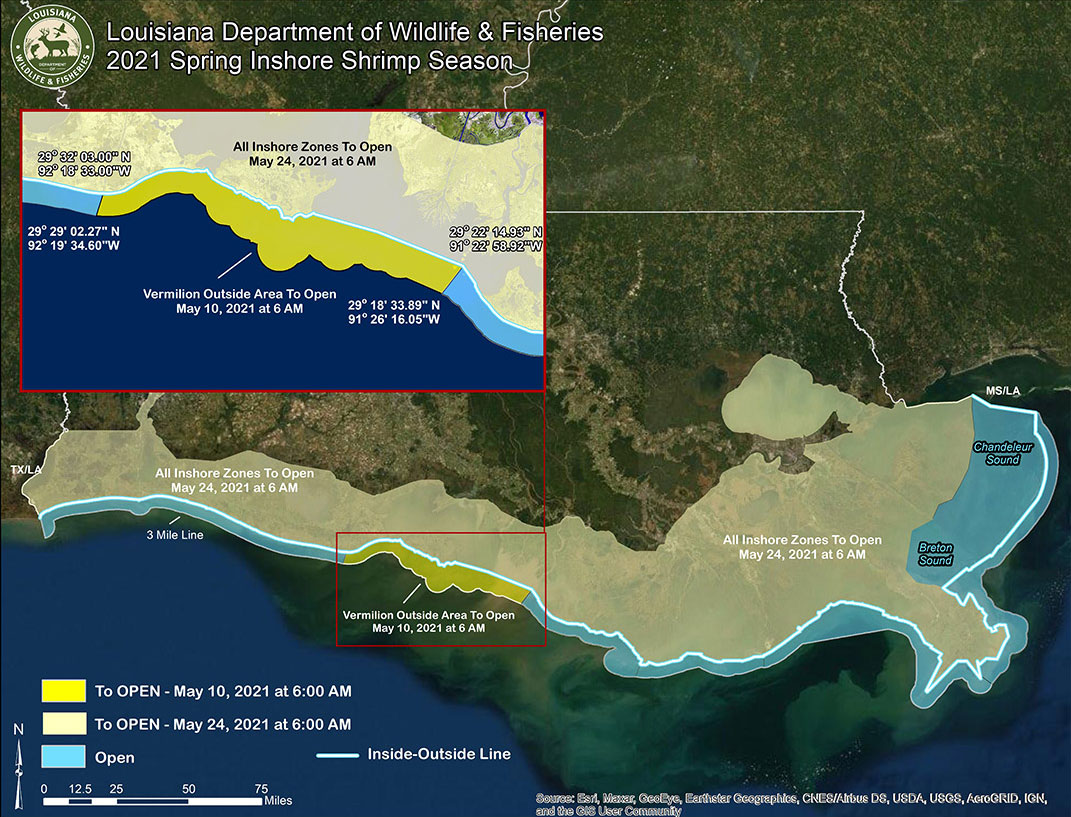 See above or click here for a map detailing this opening.

The LDWF will hold a public meeting on June 24 to discuss Iatt Lake management and aquatic vegetation control. […]

LDWF enforcement agents are investigating a boating fatality that occurred on June 12 on Lake D’Arbonne in Union Parish. […]