The Louisiana Department of Wildlife and Fisheries (LDWF) would like to caution boaters in Calcasieu Lake’s West Cove to be aware of a sediment pipeline and sediment boom deployed between Rabbit Island and the Calcasieu Ship Channel in West Cove of Calcasieu Lake. 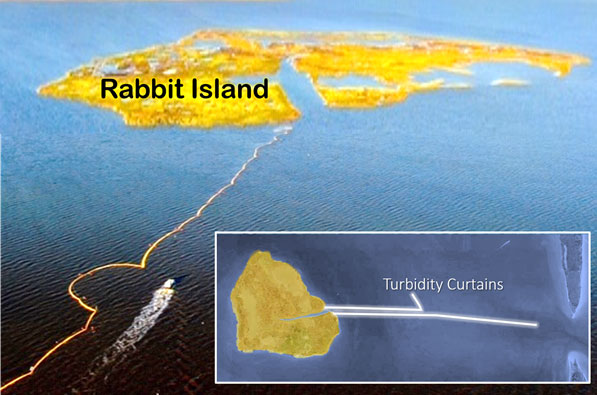 Dredged sediment from the Calcasieu Ship Channel is being placed on Rabbit Island to elevate and expand nesting opportunity for pelicans and other colonial waterbird species. The project will restore approximately 87 acres of the island’s original 200-acre footprint.

LDWF, Louisiana’s Coastal Protection and Restoration Authority (CPRA) and the Department of the Interior (DOI) are heading the project, which is funded by settlement dollars from the BP Oil Spill.

Rabbit Island is centrally located along the Chenier Plain, about one mile from the southwestern shore of Calcasieu Lake and two miles west of the Calcasieu ship channel.

For more information on the Rabbit Island project, go to https://www.gulfspillrestoration.noaa.gov/project?id=84.

The Louisiana Wildlife and Fisheries Commission has adopted regulations for the Chronic Wasting Disease Control Area in northeast Louisiana. […]