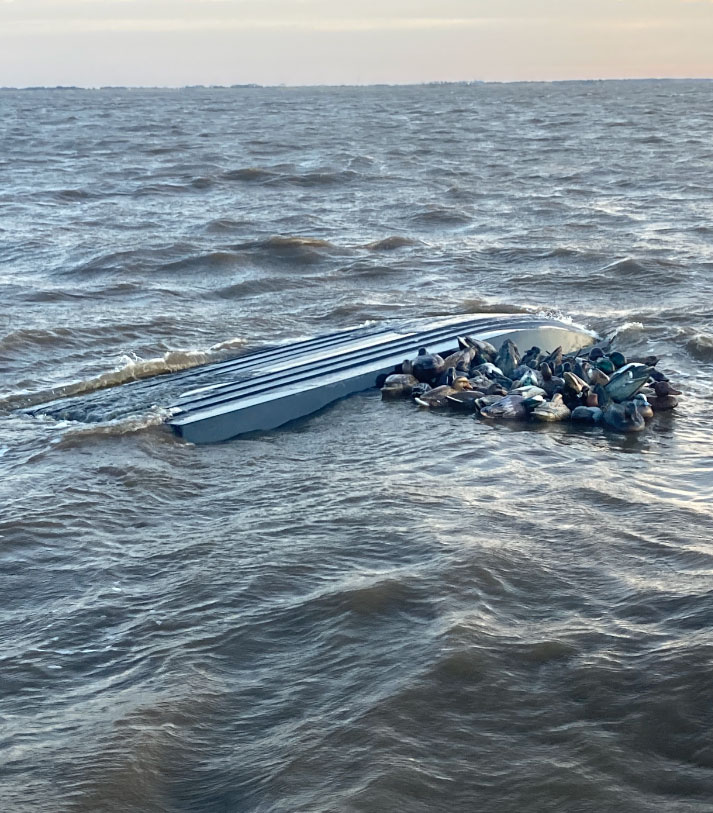 LDWF agents were alerted around 6 a.m. about a capsized vessel in Vermilion Bay with two seventeen-year-old boys and an 18-year-old clinging to the vessel.

LDWF agents along with VPSO deputies arrived on scene around 6:45 a.m. and were able to get the boys into the LDWF vessel. The agents and deputies then transported the boys to shore where they were checked out by emergency medical services personnel and released to their families.

Agents learned that the boys launched their 14 to 16 foot vessel in Vermilion Bay to go duck hunting around 5 a.m. The water was too rough so they tried to turn around to go back when the motor stalled. The boat then took on water and capsized. One of the boys had his cell phone in a waterproof case and they were able to call the VPSO for help.

The LDWF Enforcement Division will be the lead investigative agency for this boating incident.

The LWFC has adopted a resolution to expand the Dewey W. Wills WMA by 2,440 acres to incorporate riparian river bank property. […]

LDWF reminds hunters that they can tag and validate their deer or turkey harvest directly from their smartphone. […]

Jason Olszak has shared that waterfowl hunters reporting banded ducks will need use the website www.reportband.gov. […]