Paying it forward to change lives, especially for women and veterans

Being the first female inducted into the Louisiana Chapter of the Legends of the Outdoors Hall of Fame is important to Ronda Johnson of Haughton for a lot of reasons. But mostly, it’s because it further enables her to do what she’s been doing all her life.

“My mentors, my daddy and my pawpaw. I’m so thankful they passed their passion for the outdoors on to me,” she said. “Even in an era where women hunting wasn’t cool. Now I’m able to pay it forward by helping others enjoy the outdoors and all it has to offer.”

And pay it forward, she does.

Ronda has served as the NWTF Dorcheat Bayou Gobblers chapter president and on the Louisiana NWTF State Board as Treasurer. She’s involved with The Women in the Outdoors Outreach Program and Wheelin Sportsman hunts for 17 years. She is currently the North Louisiana Wheelin Sportsman Coordinator and Board Member for Barksdale Warrior Hunts.

In 2016 and 2018 she was voted Mossy Oaks Pro Staff of the year in the Turkey Southern Division of the United States. She is also involved in the SisterHood of the Outdoors for Louisiana. She has managed and helped make hunts possible for hundreds of women,youth and disabled veterans.

Because of her contributions she has been inducted into the Hall of Fame. 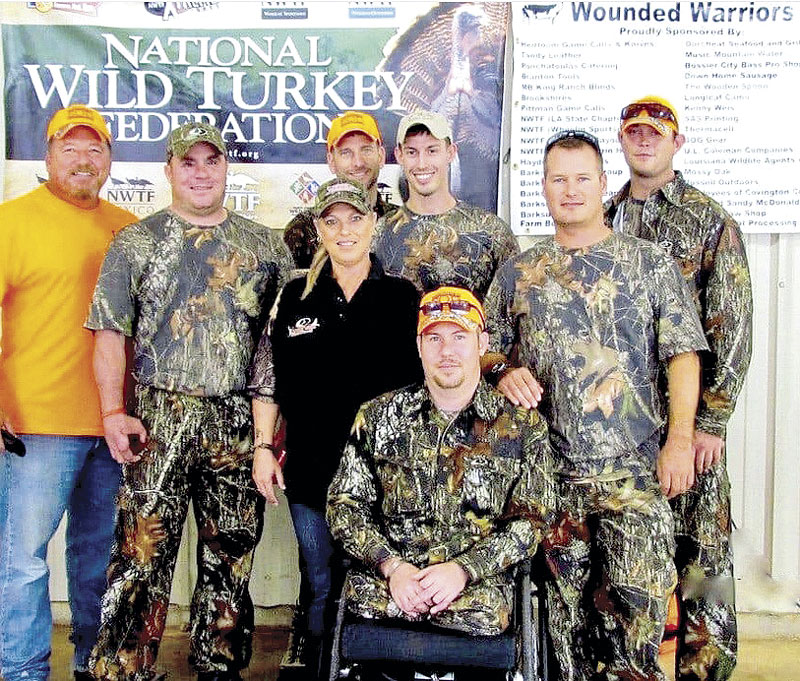 “This honor makes me happy and very proud,” she said. “To see others accomplish a dream they’ve had come true. The smiles on their faces are priceless and so fulfilling for me. When they realized I backed up a trailer, they harvested an animal, they caught a fish for the first time. Their confidence level grows inside them and they have a WOOHOO moment.

“It can change their lives forever. I was able to take my Dad hunting for the last time as Alzheimer’s and Parkinson’s made it impossible for him to do what he loved so much. To see the joy and happiness in his eyes that this brought to him. That’s what I enjoy seeing the most in helping others. That look of complete joy and happiness in their eyes is a blessing for me.”

While Johnson helps all kinds of people, she especially loves it when women get involved. She urges women who want to learn more about the outdoors to find an organization or individual that mentors women. You don’t have to know anything. The Sisterhood of the Outdoors, NWTF Women in the Outdoors (WITO) or Louisiana Becoming an Outdoor Woman (BOW) are those type of groups.

Sisterhood of the Outdoors is a group of ladies that have joined together to share a mutual passion….hunting. They book trips and specialize in creating opportunities and encouraging women in the outdoors and shooting sports.

“My passion is working with our physically challenged and wounded warriors through our NWTF North Louisiana Wheelin’ Sportsmen and Barksdale Warriors program Giving them the opportunities to enjoy the great outdoors once again and giving back to our warriors that have given so much for us,” she said. “I love to turkey and deer hunt and fish with my husband.

“What I enjoy most is to watch the sunrise or sun set on all God’s creation. Seeing everything come alive in the morning or seeing everything go to sleep in the evening. I say God is pulling the covers off in the morning and pulling them back up for a good nights rest in the evening. Those sights are always the same wherever you are. His artwork is always breathtaking and magnificent.” 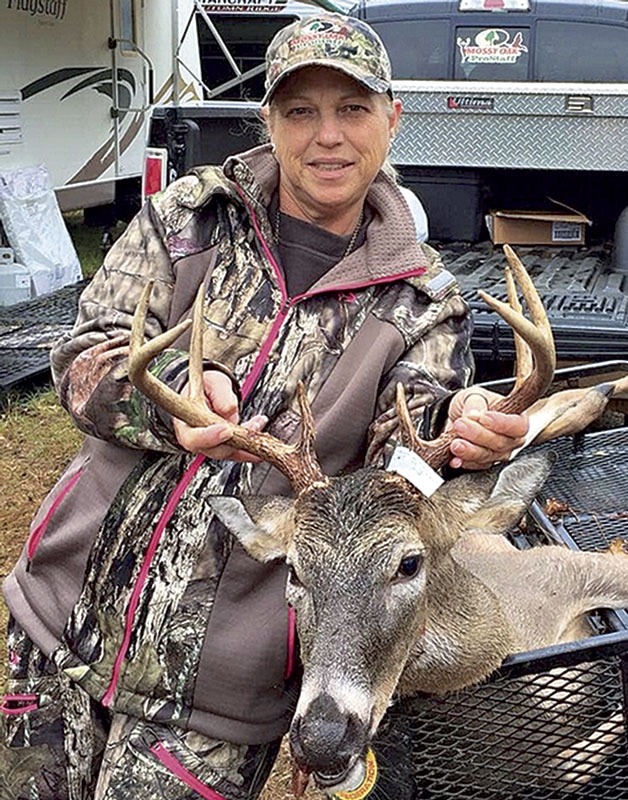 Johnson received the NWTF Lynn Boykin Hunting Heritage Award, which recognizes an individual that has made outstanding contributions in protecting our hunting heritage.

“People ask me if I get paid for volunteer work,” Johnson said. “I tell them, ‘Yes, so much I can’t even take it to the bank.’ I just make small deposits in my heart each year.”

Johnson’s outside-the-box approach for the NWTF has expanded the typical mentored hunt to include alligator and frog, and she has held additional banquets to raise funds specifically to fund Wheelin’ Sportsmen events. Her approach frees up Super Fund dollars to be used for habitat enhancement.

“Ronda goes well beyond the call of duty,” NWTF CEO Becky Humphries said. “Her innovative thinking and dedication to the NWTF mission has made our presence in Louisiana that much stronger.”

Perhaps Ronda’s most ringing endorsement comes from a family member who knows her well.

“Ronda Johnson is my oldest sister and has mentored me since I was a kid, said Rodney Vise. “She’s amazing. Even though she’s my sister, I haven’t seen anything when she puts her mind to it that she can’t accomplish. We came from a hunting background since we were kids.”

You can learn more about the Hall of Fame, founded by Garry Mason in Tennessee and headed in Louisiana by Peyton McKinnie of Marion, on Facebook.

Lake Bistineau State Park and Lake Claiborne State Park both have lakes that are chocked full of bass, bream, crappie and catfish. […]