Use this advice to knock down a big buck this month

Darren Boudreaux spends all year thinking about deer hunting. Even his day job as a realtor specializing in selling recreational and hunting land in Louisiana and Mississippi centers around the pursuit of whitetails.

And this month is when things really get moving just north of Acadiana in Area 6, where Boudreaux spends his hunting days.

“December is pre-rut at the beginning of the month, transitioning to full-blown rut around Christmas,” the United County-Peters Forest Resources realtor said. “As the month progresses, we typically see bucks getting more active during daylight hours, especially around food plots, as they start seeking out receptive does.”

Here are the Top 5 things Boudreaux does to put himself into position to kill bucks this month:

As state president of the Quality Deer Management Association, Boudreaux knows the importance of taking does out of the herd.

Doing so relieves pressure on food sources, leaving more food for the remaining deer herd, but it also fills the freezer and provide time to focus on what this hunter really wants — to down mature bucks.

“I always try to have all of our does killed by this time to ensure a good adult sex ratio going into the rut, so December is all about bucks for me,” he said.

Because he’s not interested in killing does doesn’t mean he stops focusing on them. 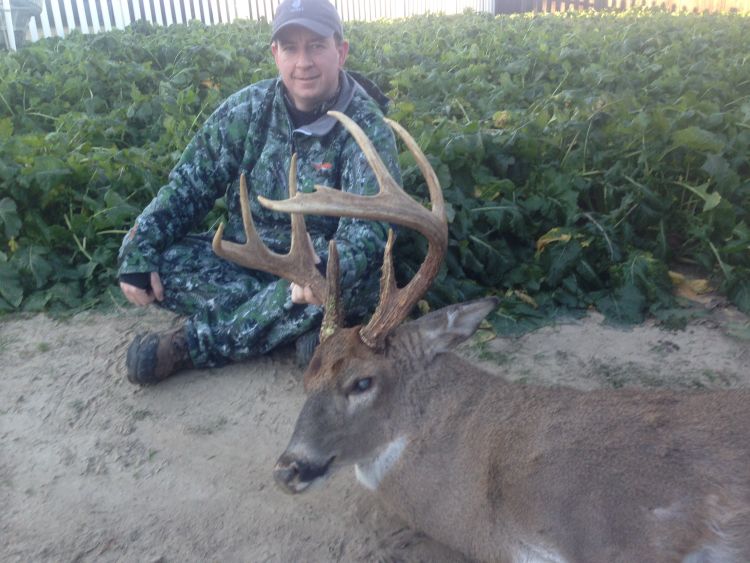 “December hunts are usually centered around food,” Boudreaux said. “I spend most afternoon hunts around food plots where does are typically found.”

His routine is to set up just off plots so he’s in position to ambush any bucks that show up.

“Early December, I usually hunt about 100 yards off the food plot on a deer trail leading to the plot,” Boudreaux said. “The bucks will come looking for does, even though the does aren’t ready (to breed) yet, but the bucks will still be hanging in the woods until closer to dark.”

Mornings are still centered around food, but he prefers natural sources.

Best successes come when fronts roll through the area, he said.

“Those post-front days when the temperature has dropped and the (barometric) pressure is right are the perfect days to hunt,” Boudreaux explained. “Weather drives deer movement, plain and simple.”

Once there is evidence deer are breeding, Boudreaux spend as much time in the stand as possible. There are all kinds of philosophies about how to nail down the rut, but Boudreaux doesn’t worry much about those.

“Contrary to what many people believe, multiple studies have shown the moon has little to no influence on deer rutting activities,” he said. “The Quality Deer Management Association has published some great articles in recent years summarizing all the latest research related to deer movements in regards to the weather and the moon, and findings are interesting.

“So don’t base your hunting trips on moon phase or moon position or anything like that: Go hunting any day you can and stay as long as you can — but if you have a choice, concentrate on days after a front with colder temperatures.”

Too many hunters stick to old patterns, hunting for a couple of hours in the morning and the evening. But Boudreaux said this isn’t when you should be spending most of your time lounging around the camp.

“Be willing to hunt a little longer than you would during early season,” he said. “Studies show deer typically move around more within their home ranges during this time of year. So your chances of encountering a buck are greater simply because the deer are moving more.

“So the longer you stay in the woods, the greater your chances of encountering a buck.”