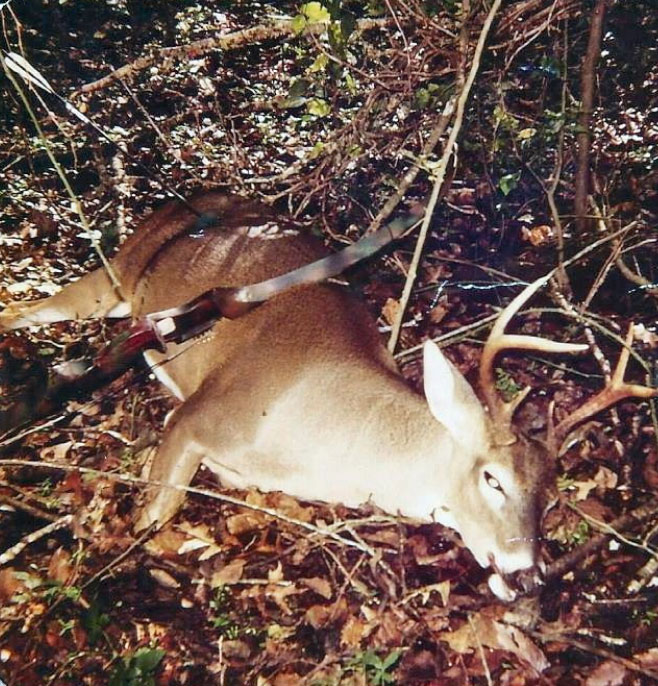 My setup was over a Nuttall Oak tree that was showing lot’s of sign. Besides all the ground disturbance, the acorns were dropping about as good as one could hope for.

I was there in plenty of time, and it was 5:15 p.m. when a 6-point came in. After watching him work his way into position, I took a 15 yard shot that hit a little farther back than I had hoped for. I took a compass bearing on his run and gave him as much time as I could before looking for him. After a lot of unrewarded searching, I decided to come back the next morning to look some more.

The next day was a Monday so I just took the day off from work. My wife, Jenny, rode with me to help look for him.

During the “grid process” of trying to find him I noticed that Jenny was almost walking in my foot steps. I encouraged her to move away from me some so we could cover more ground. I convinced her that she wasn’t going to get lost because I would be close. She moved away from me and actually was the one to find the buck.

I heard her say those awesome words…… “Here He Is”. 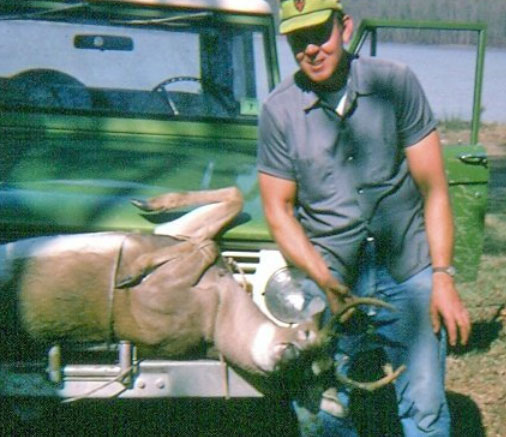 The buck had traveled 200 yards after the shot and was unspoiled. Since he was my best kill to date I had him mounted for the 1974 going rate of $65. A few years later I replaced his antlers with the antlers from a much better buck.

Note: This was my last traditional bow kill before making the Colorado trip with a compound bow.

The Womack Journal: Forced into our boats

Warren Womack explains why having a good backpack makes carrying your field quartered deer out of the woods so much easier. […]