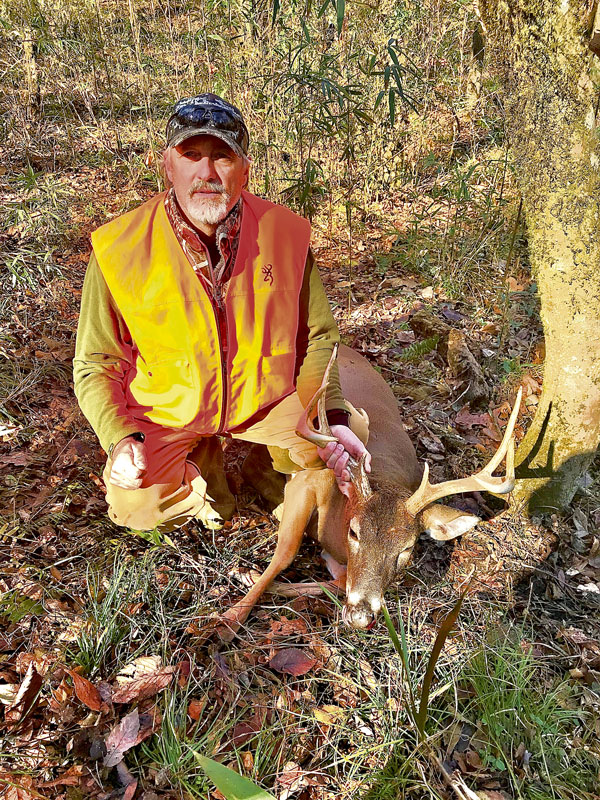 Summer is in full swing, and June is a month when sportsmen and women are chasing big bass on the ledges, snagging monster bluegills off the beds and noodling for killer cats.

It’s hot, alright, and it’s not the rising temperatures we’re talking about, as outdoor opportunities abound. It’s also the perfect time to be thinking about deer hunting, specifically, your deer rifle.

Deer season is roughly 5 months out, and that’s usually that’s plenty of time, but this year we should all wake up and smell the roses: the ammo or the gun you want may not be available thanks to extreme ammo shortages and new guns of choice being hard to find.

Use what you own. If you’re a deer hunter, you should already have in possession or access to a deer-killing rifle. It’s time to plan, prepare and make your gun more effective.

Here are several ideas, tips and some “outside-the-box thinking” that may help you get past the ammo shortage and improve the capabilities of your favorite rifle this fall.

How can it be done with empty shelves at big box stores and sporting goods suppliers? It’s not going to be easy, so start while other sportsmen are occupied doing other things; you will be ahead of the game.

“Hunters are having to re-sight their rifles based on what ammunition they can find. Precision ammo like Barnes VOR-TX, Hornady Precision, Federal Premium or Nosler is hard to come by, and I don’t see it getting better anytime soon,” said Tracey Smith of Brookhaven, who runs the gun counter sales at 601 Sports.

Don’t be picky; buy whatever ammo is available for the rifle you plan to use. Pick up any bullets that can be found for any deer rifle you own.

Check out small gun shops, sporting goods suppliers, pawn shops and gun shows. Check any small town you may travel through; sometimes, local hardware stores will have a small sporting goods section, and it may have ammo. You never know where or when you may strike gold — or in our case, lead and brass.

Be willing to trade. Advertise on social media what you are looking for and what you have for trade. Be ready to give up quality ammo of another caliber for something that will work for you. There are many good folks associated with the hunting community, and after they have what they need they are usually willing “to help a brother (or sister) out.”

Improve your favorite rifle by upgrading its optics.

“We have sold twice as many scopes this year as opposed to the same time last year,” Smith said. “Hunters are spending money on optics since new rifles are hard to get.”

Abandon any older scopes and opt for something with better light-gathering ability; most modern optics are designed with this feature. You don’t have to spend all your hard-earned money to possess quality optics anymore.

“We still sell some Leupold and other high-end optics, but we are selling a lot of Hawke and a record number of Vortex scopes, in which you get a lot of bang for the buck and excellent light-gathering ability,” Smith said.

Acquiring good glass should be No. 1 on the list to make your rifle more effective. It will extend your ability to make longer shots at dusk with confidence and a positive ID of your target when the moment of truth arrives.

Getting a trigger job done is another idea for a superior improvement to your rifle. A professional gunsmith can give you good advice.

Sometimes they will “work their magic” and adjust for a light, crisp trigger break. He may suggest a replacement trigger such as a Timney that would be better and more cost-effective.

“Trigger jobs have become extremely popular lately. We don’t do them but will point a hunter to a reputable gunsmith who can take care of their needs,” Smith said. “This will definitely help tighten shot groups.”

Dry fire practice. If you shoot, save the brass, it’s possible to find someone who reloads. Save ammo by purchasing the same scope as on your hunting rifle and installing it on an alternate rifle, such as a .22, for practice.

If you are already prepared and don’t have to worry about ammo, a backup rifle should be considered. Better yet, help a friend who isn’t prepared. Don’t wait until 2 weeks before the season opener; it will be too late this year.

About Andy Douglas 12 Articles
Andy Douglas is an outdoor writer and photographer from Brookhaven, Miss. A native of Lincoln County, he’s chased deer, turkeys, bass and most anything else the past 35 years. He lives the outdoor lifestyle and is passionate about sharing that with others through stories and photos.