Brett Nobles, 47, lives on his 50-acre plot of land in the community of Hilly in Lincoln Parish. He is a deer hunter who hunts in another area west of Ruston. In fact, last week he downed a nice 7-point buck on that property. However, he doesn’t hunt the land where he lives. There is neither deer stand nor feeder there, but after what happened to him Nov. 15, he just might consider putting a stand on his home property. He walked out his back door and shot a unique 14-point buck only yards from his house.

“I’m the fourth generation to live on the 50 acres I own where we live,” said Nobles. “When my father lived there, most of the area was in pasture because he had horses. After he passed away, I planted pines on a good portion of the land; I planted them in 2013 and it has created a pretty good thicket back there. I keep a lane bush hogged down the middle with pines on both side of the bush hogged lane and there is a gate leading up to that area.”

The land planted in pines backs up to a pasture and on the east side is a rough patch of cut over land that was harvested 4-5 years ago. Between the thicket of pines, the pasture and the old clear cut, an ideal habitat has been created to hold deer. Nobles said he has seen lots of does in the area, so he knows he has a good deer population. It’s just an area he has never hunted.

A trophy deer before dinner

Nobles has a shop behind his house. Just before dark on Saturday, as he walked back to the shop, he happened to look down the bush hogged lane to see a buck dash across the lane; a deer with an impressive set of antlers. 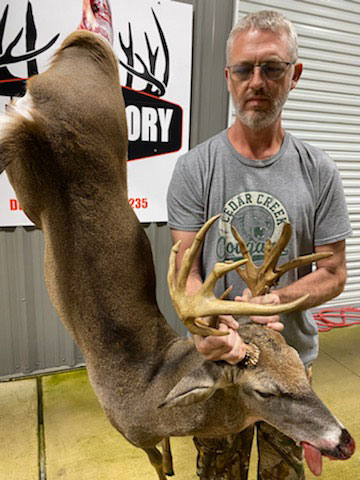 “My wife works weekends and after she got home Sunday afternoon, I told her I thought I’d walk back to the gate just in case I might get a glimpse of the buck I saw the day before,” Nobles said. “I already had hamburgers ready to go on the grill but thought I’d just take my rifle and go look.”

Getting to the gate, it was only a couple of minutes before he saw a deer step out into the lane.

“It was a little spike but it kept looking back in the direction it had come from,” Nobles said. “I had a feeling there was another deer the way the spike was zoned in. As I watched him through my scope, I caught movement from the corner of my scope and saw what looked like another deer.

“About that time, the spike jumped and ran and this big buck stepped out. Propping my rifle – I shoot a Browning A-Bolt .270 – on the gate, I put the scope on him, hit the trigger and the deer dropped right there.”

The buck had an unusual rack of 14 points with lots of mass with a 14-15 inch inside spread. The buck weighed in at 171 pounds. 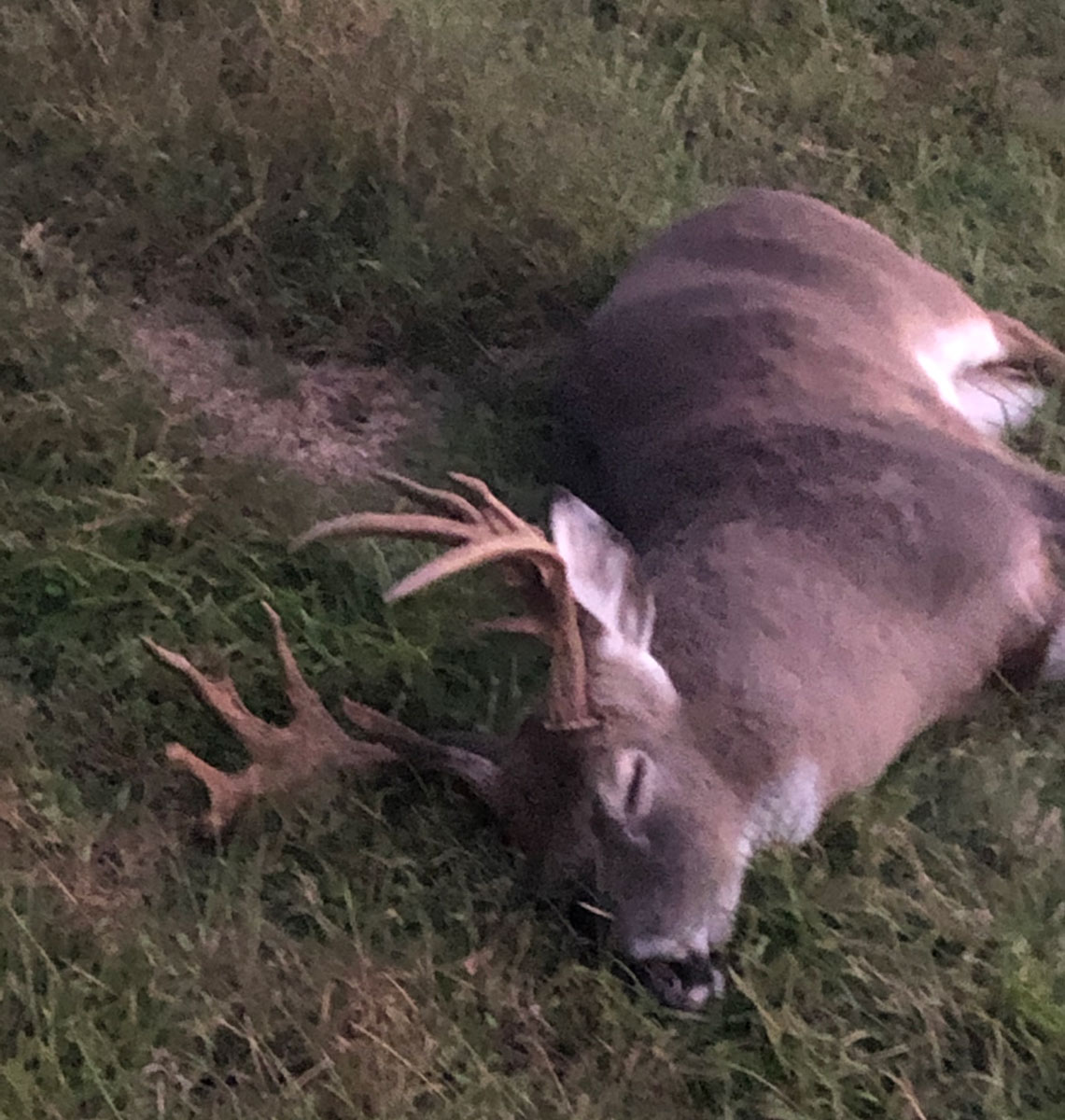 “I didn’t take time to measure the rack, plus I had hamburgers to cook, so I just put the buck in my truck and drove to the Dubach Deer Factory to have it processed,” Nobles said. “I mentioned to the owner of my plans to saw off the rack but he encouraged me to have it caped out because the rack was so unusual, so I did.”

As of now the antlers have not been measured but it would appear that the measurement should be at least in the 140-plus range.

“I can guarantee you,” Nobles said, “I’ll have a stand back there in the pines before next season.”

Sign Up Now
About Glynn Harris 406 Articles
Glynn Harris is a long-time outdoor writer from Ruston. He writes weekly outdoor columns for several north Louisiana newspapers, has magazine credits in a number of state and national magazines and broadcasts four outdoor radio broadcasts each week. He has won more than 50 writing and broadcasting awards during his 47 year career.