A certain big Sabine Parish buck had made a monkey out of hunters for at least four years. Because of his illusiveness, he had garnered the name “San Miguel Ghost.”

Brandon Cartinez, 28, a logger from Noble, had become obsessed with the ‘Ghost” because of the number of times over the past four years the wily old buck had snookered him.

“I have hunted this buck hard for the past four seasons,” Cartinez said. “I have had numerous pictures of him on my trail cameras, but have had only four daylight photos of him. I knew if I was going to get him I’d have to try and figure him out and constantly stay after him.” 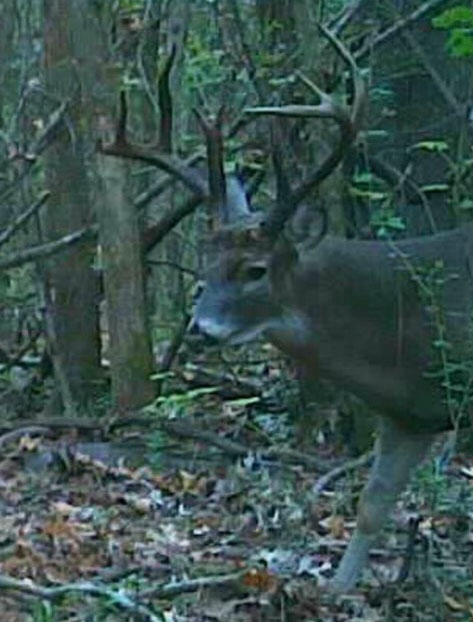 Cartinez hunts on several hunting clubs in Sabine Parish but his favorite is one particular tract, a 640 acre lease only five minutes from his home. He is able to hunt an hour or so late afternoons after working in the woods all day because of the close proximity to his home.

“There is a 30 acre block of thick palmetto on the back side of our lease,” he said. “It is so thick and snake infested, nobody has hunted there, so I decided to go in, check it out and put up a camera and a climbing stand and I found his track. I have been after him so long I know what his track looks like; the right side of his hoof on his right front foot is slightly shorter than the left side.”

One morning, Cartinez planned to hunt the stand in the palmetto, but a fracking crew was working nearby and creating lots of noise, so he chose a stand elsewhere.

“After I got down from my stand, I walked back to the palmetto, checked my camera and there was a photo of the big buck standing in front of my camera; I could even see my climbing stand in the background,” he said. “I hunted that area several times over the next few days without seeing him.”

On the afternoon of Nov. 15, Cartinez decided to hunt an area surrounded by a heavy thicket. He got off work late that afternoon, and didn’t even have time to change from his work clothes since he had such a short time to hunt. Something was bothering him however; there was a breeze from the north that would send his odor down the lane where deer usually traveled. Therefore, he opted to try something that he hoped would mask his odor.

“I sprayed the bushes around my stand with products I had come to believe in, Dan DeWitt’s Cooter Juice and his C-Mor-Deerz,” he said. “I was hopeful the scent from these products would mask my own scent even if the wind was wrong.”

With only a short time to hunt, Cartinez settled into his stand. After a few moments, he heard the alarm sound of woodcocks that make a whistling sound when they are alarmed. He felt that something had spooked them so he got ready.

“I looked up and saw a deer that had stepped out onto my shooting lane,” Cartinez said. “I wasn’t sure if it was a buck or doe so I got my Ruger 7 mag up and looked through the scope and could see that it was a buck. I thought for sure he had busted me but instead of taking off, the buck started walked toward me, head in the air and sniffing. Then at about 60 yards, the buck let out a very loud grunt; he was obviously responding to the scents I had sprayed around my stand.”

Having the buck in his scope at 50 yards, Cartinez fired, the buck hit the ground and tried to get up. A second shot put him down again but then he got up on all fours and a third shot was needed to finish him off.

“I knew it was a good buck but until I walked closer and saw the split brow tine, it was only then that I knew it was him,” he said. 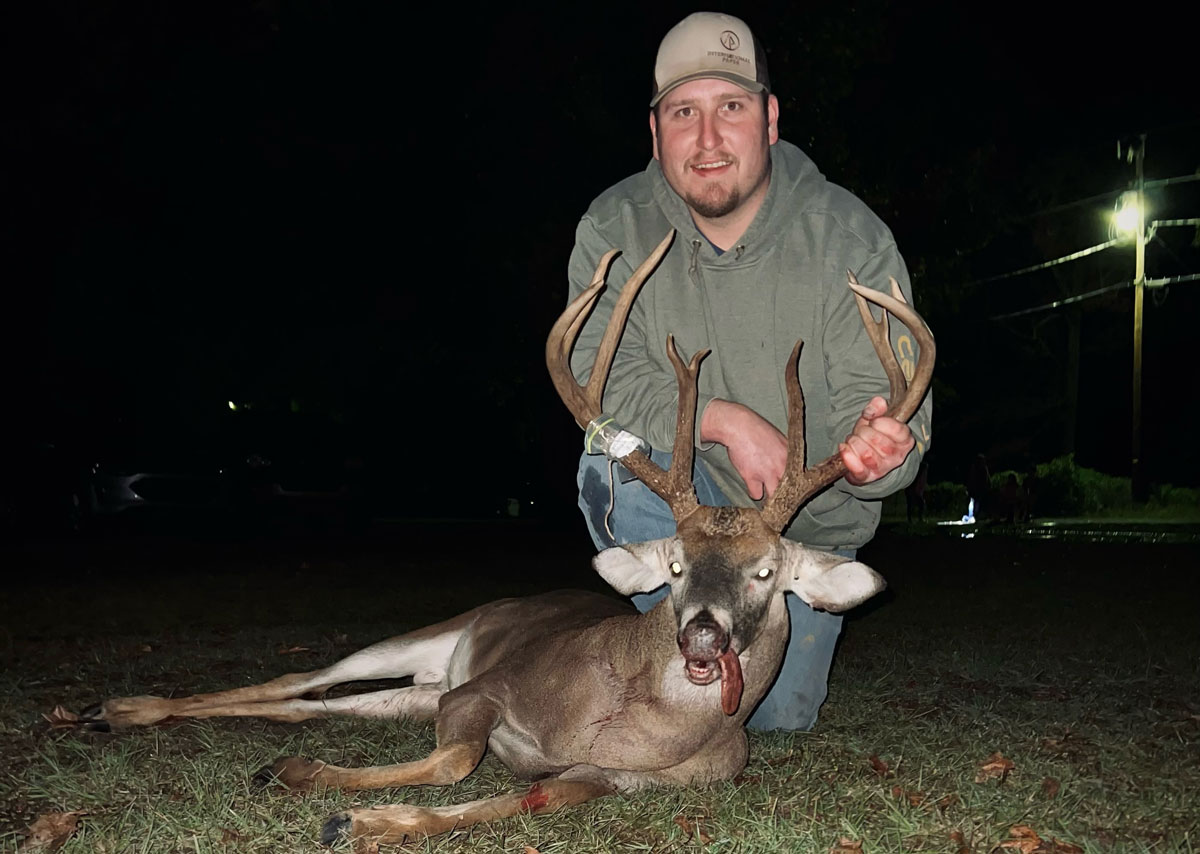 The buck carried a main frame of 10 points with three measurable kickers giving it 13 points. The inside spread was 21 ¼ inches, bases were over 5 inches and the buck, judged to be at least 6 ½ years old, weighed in at 230 pounds. His rack was green scored at 174 5/8 inches.

“To think of all the hours I’ve put in scouting and hunting this buck,” Cartinez said,” it was extra special for me to finally get the San Miguel Ghost.”

Extreme dislike of January and “flashbacks” to what might come next

January 16, 2023 Joe Macaluso Columns, Down on the Dock, Hunting, Newsletters

With the hunting seasons coming to a close and the weather making fishing difficult, Joe Macaluso dislikes January’s 31 days. […]