At first, Donald Lee of Jamestown thought it was a joke.

In early October, a friend sent him a photo of what appeared to be a huge deer on the privately leased hunting land in DeSoto Parish they share.

“I thought it was a fake … photoshopped,” Lee said with a chuckle. “I kind of blew it off.” 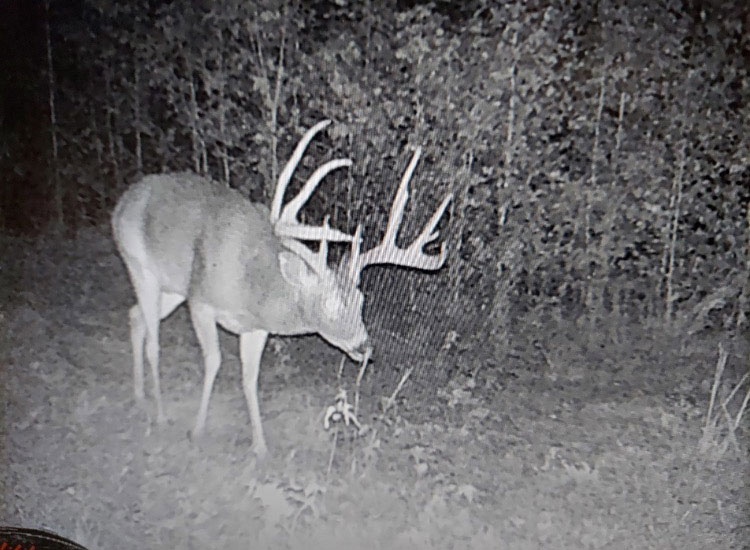 Little did Lee know at the time, he was just a few short weeks away from taking the deer himself. The trophy buck was recorded as an 8-point and went on to score 174 1/8.

“The past few days, I haven’t even hunted,” Lee said. “I’ve seen a few decent ones on camera (since), but it’s going to be hard to top that one. I told everyone, ‘I’m on sabbatical.’”

A few days after he was sent the photo, he checked his own camera and saw the deer himself, though not at first.

“I saw a small 8-point under a feeder, and then in the back, I see this big frame silhouette of this deer about 40 yards behind it. So I thought, ‘looks like something to this,’” Lee said, adding he saw it more and more in later photos. 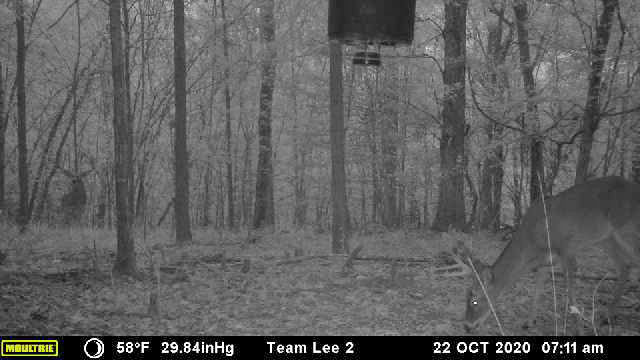 It didn’t take any more for the lifelong hunter to know what his next goal was. The only problem? He was pretty booked up for the several days after seeing his target, between a trip to Kansas and his son’s birthday.

“I saw him right away (in the photos) while I was in Kansas,” Lee said. “I was twisted in a knot, not being able to hunt this deer.”

But as soon as those dates were finished, he made his way out to the land.

The first day was fruitless. He saw 11 different bucks that day, but none were the one – he said those were pretty strong up and comers, though, for the future. He got out to his stand early in the morning on his second day of hunting his target, Nov. 23, and about an hour after he arrived, he saw it emerge.

“I saw him coming at me,” said Lee. “I thought it was one of those young 8-points at first but it was him. I reached for my gun and shot him … I told people I knew that I was hunting him and that I’d just shot him. I waited for awhile and then went out and looked … I didn’t see any blood,” Lee said. “I’d already told people I shot this deer, c’mon.”

But a short time later, he spotted what looked like it could be a log. It surely wasn’t.

“Sometimes your mind plays tricks on you … but I realized, OK that looks grainy, not like a log,” he said. “I realized it was him. And when I got there, there was no shrinkage. He was everything I thought he’d be.”

Lee has hunted deer since the age of 12. His father died tragically around that time, and a family friend introduced Lee and his brother to deer hunting. The two brothers successfully made their first respective kills on the same day, Lee bagging a small buck and his brother a doe.

His latest kill left him “pumped up,” as he prides himself as a major competitor.

He is going to have the deer mounted in the “man cave” upstairs at his home, which he quipped he refers to as Death Row.

“It was a pretty cool experience,” he said.