Ashley Jacobsen of Covington killed a St. Mary Parish trophy buck on Dec. 4 at 5 p.m. The 12-pointer has been green-scored at 145 inches.

Jacobsen killed the buck from an elevated stand from 20 yards away with a Ravin crossbow in a wooded area. She’d never seen the deer in the flesh before that day, but she had seen trail camera photos of it.

“My friend sent me pictures of the deer from his trail camera back in August,” she said. “I jokingly said ‘I want him,’ and my friend replied that a lot of other people did too. Several other hunters had been after this deer for years.”

The hunt was quick, but the tracking took some time

On Dec. 4, Jacobsen accepted an invite from her friend to hunt his property. She still had her mind on the big buck. And within 45 minutes, the deer showed up to her left, put its head down and began eating.

“He wasn’t chasing does or anything,” she said. “He was quartered to me and my shot exited out through the guts, which we found on the ground.” 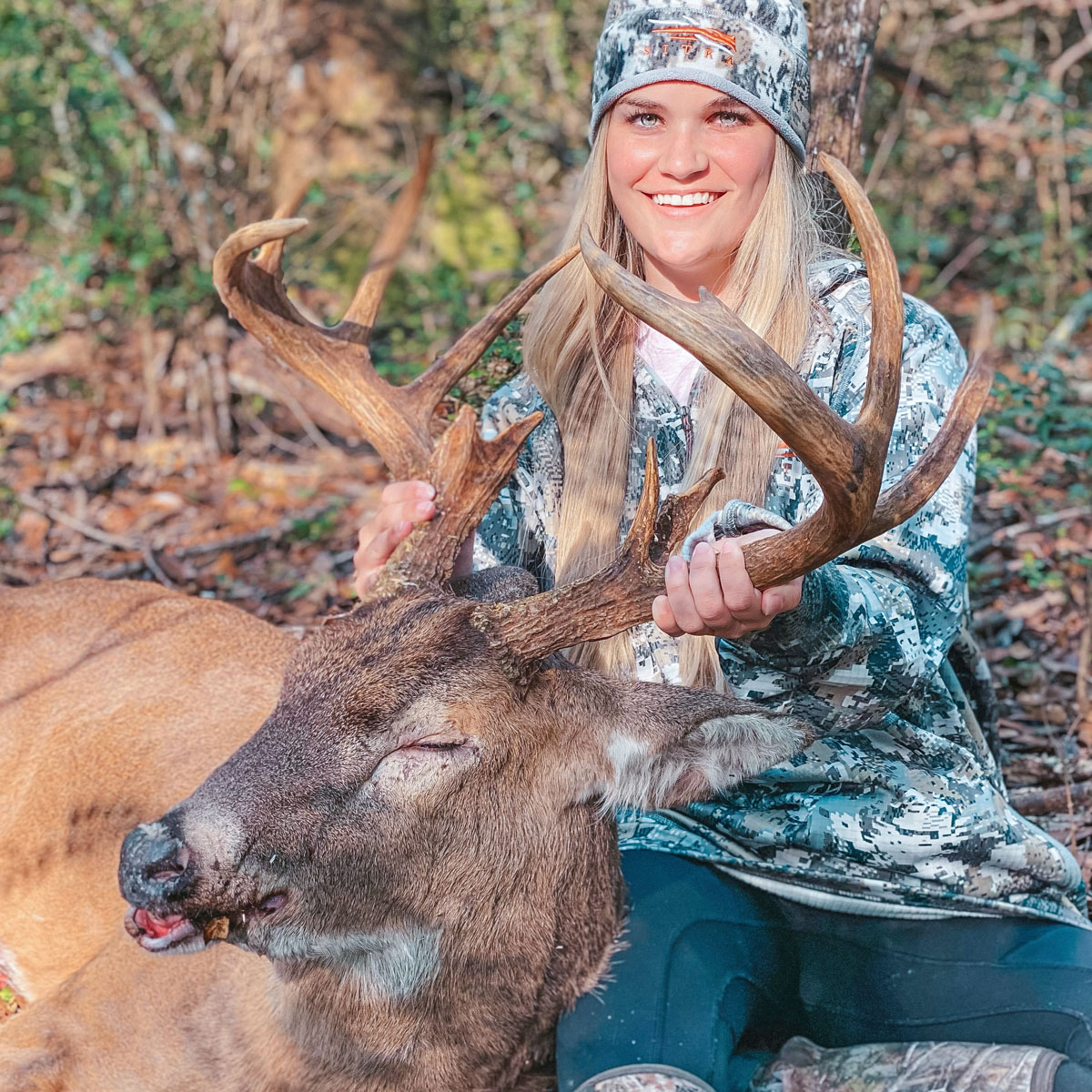 Wanting to give the deer time to expire without spooking it into a long run, Jacobsen decided to leave the area and come back later. Jacobsen was so excited about the shot, she completely misremembered some details until they returned later to track the deer.

“We came back with a dog and found the buck about 250 yards from the stand,” she said. “When we found it, I realized that I obviously couldn’t even remember where he was or how I shot him due to my adrenaline, because the shot was not at all how I thought. It was on a totally different side. It was a crazy feeling, and one unlike anything else.”

An avid bowhunter, Joey Woodard of Rosepine took this big Natchitoches Parish 8-point buck with his bow on Jan. 22. […]

Kim Greer of Calhoun killed a 240-pound, 11-point trophy buck while at her hunting club in Madison Parish on Jan. 16. […]

Pre-spawn Toledo Bend bass are crazy for a trick worm in late February. Four ‘wild’ colors will do the trick. […]

About Brian Cope 92 Articles
Brian Cope of Edisto Island, S.C., is a retired Air Force combat communications technician. He has a B.A. in English Literature from the University of South Carolina and has been writing about the outdoors since 2006. He’s spent half his life hunting and fishing. The rest, he said, has been wasted.