What started out as a normal morning on the deer stand evolved into a morning that was anything but normal. Thirty minutes after shooting two feral hogs, a huge 10-point buck stepped out. One shot and he joined the porker duo on the ground.

Downey hunts from a tripod stand with an old logging road being her main shooting lane. On one side of the lane is a pine stand, and on the other is an oak grove with openings in the oaks where she could shoot if she needed to. Corn was scattered along the logging road as an attractant. 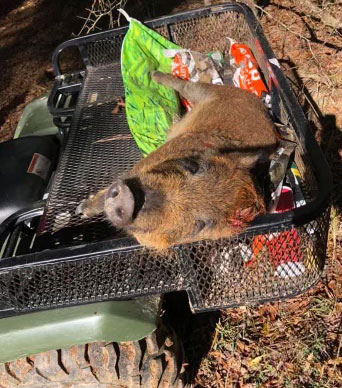 A portent of things to come

The flurry of shots apparently had no effect on what Downey saw next. Seeing movement in the woods, she made out the form of a deer, a big deer and she could soon see that it was a buck.

“As I watched him coming, I thought he had gotten a branch or something on his rack because it looked at first like trash,” she said. “When he stepped into an opening, my jaw dropped because I could see that it wasn’t trash; it was just a really big set of antlers.

“I got set up for my shot where I figured he’d come out. As soon as he stepped into the logging road in front of my stand at 25 yards, I hit the trigger on my Remington .270. He ran about 40 yards when I watched him tip over.”

After hearing the three shots, she got a text from her husband that read…”you having fun over there?”

“I was calm until I saw him crash down and then I was shaking so bad all I could text him was one word…’monster,’” said an excited Downey.

Her husband told her to just sit tight until he got there. The club requires no 4-wheeler traffic until 10 a.m. so he walked to where she waited in her stand.

“He was ready to go find blood and begin to track the buck, but I told him that wasn’t necessary,” Downey said. “I saw him fall and he was right there.

“When we walked over to where the deer was lying, my husband looked at me and said, ‘I’ve been deer hunting for 40 years and I have never seen a buck like that.” 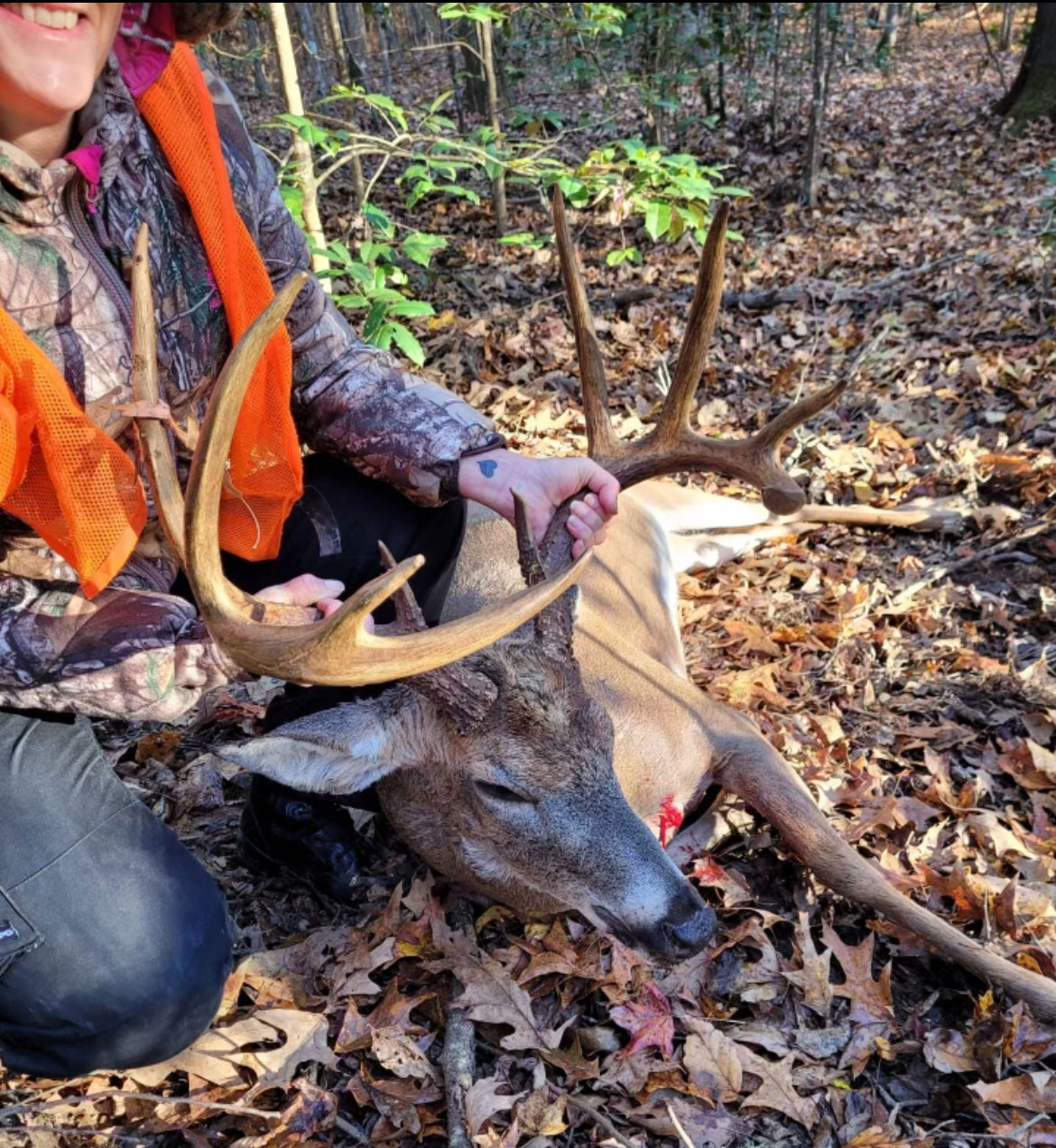 The heavy rack contained 10 points with 5 inch bases, an inside spread of 19 inches with 25-inch main beams and long tines. Their taxidermist estimated the buck was 5 ½ years old. Taking the buck to Simmons Sporting Goods to be entered in that store’s big buck contest, rack measurements came to 159 7/8 inches of antler.

At the time they were at Simmons, the leader in the ladies division was a buck that measured some 146 inches, so her buck currently holds the top position in that category.

“I got a lot of congratulations from the guys in the club not only for killing this big buck but because I’m the only female in the club.”

“We put the buck on the scales and it weighed 220 pounds, exactly the same weight as the big sow I shot. I actually took out 8 pigs when I got her,” said Downey, “because she was pregnant with seven little pigs.”