When Brad Romero Jr. of New Iberia fishes for sac-a-lait and bass in the Atchafalaya Basin, he usually heads for the fertile waters in and around the Attakapas Island Wildlife Management Area.

When he goes duck hunting, he often targets those same waters.

When he goes deer hunting, which he does very, very often during that season, he hauls himself to the waters around the Attakapas Island WMA, which is accessible by boat only. It’s a special place, because he enjoys deer hunting there, perhaps more than he does on a Four Bayou Hunting Club lease he hunts in St. Mary Parish or in the Kisatchie National Forest.

It’s all about the water. 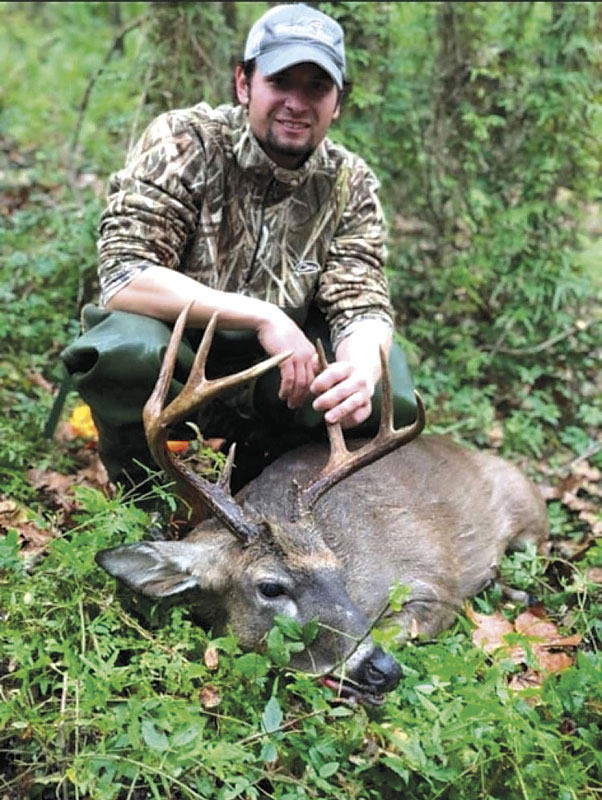 The Atchafalaya Basin’s deer, he said from a decade of experience, stay around or in the water, whether the nation’s last great overflow swamp is high or low.

“I guess they feel safe,” Romero said. “Every now and then, they’ll be on high ground or in the briar patches. But nine out of 10 times, they stay next to a duck hole or close to a waterway.

“They don’t come on land during the day. They know you’re on the land,” as well as four-legged predators.

Romero knows that deer go deeper into the water and circle around when they sense a threat or hear a motorboat. With the bayous, sloughs, lakes, pipeline canals and swamps, they have plenty of room to roam on the 27,962-acre WMA.

Romero started hunting in the Atchafalaya Basin at age 4, going with his father, Brad Romero Sr., pretty much every weekend. He also hunted a lot with his grandfather, the late Ossie Romero Jr., whose passion was hunting with deer dogs. His father continues the tradition on a hunt-club lease near Phillips Canal.

Romero, who works repairing boats and outboard motors, taught himself how to hunt Attakapas Island WMA, but he fished it for a year or two before he hunted it, all while in high school.

“I had some friends who told me about it,” Romero said. “They brought me fishing on that end, and I found the fishing better than the other end. I actually went hunting one morning and saw deer in back of Crew Boat (Chute).”

That trip sparked a long-lasting relationship between Romero and the WMA, where he has hunted deer and ducks from one end to the other and west to east inside the public land’s boundaries. In more than 10 seasons, he has killed six bucks, including two 8-pointers in 2018, and has harvested quite a few more does than bucks; his first deer on the WMA was a small doe.

Romero’s passion for hunting the WMA was fanned last season when he saw the huge rack, still in velvet, of a buck killed in October, reportedly by an Acadiana deer hunter who frequents the WMA. 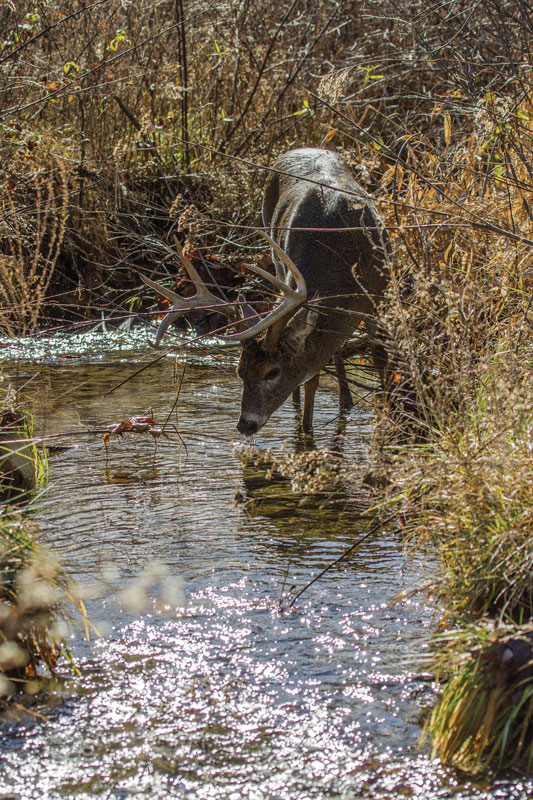 While Sherburne WMA may be more popular among deer hunters, Romero prefers Attakapas Island WMA. He finds the public land north in the Atchafalaya Basin more crowded during hunting season, plus, he said, it is “pig-infested.” Admittedly, he said, wild pigs are becoming more of a problem where he loves to hunt. 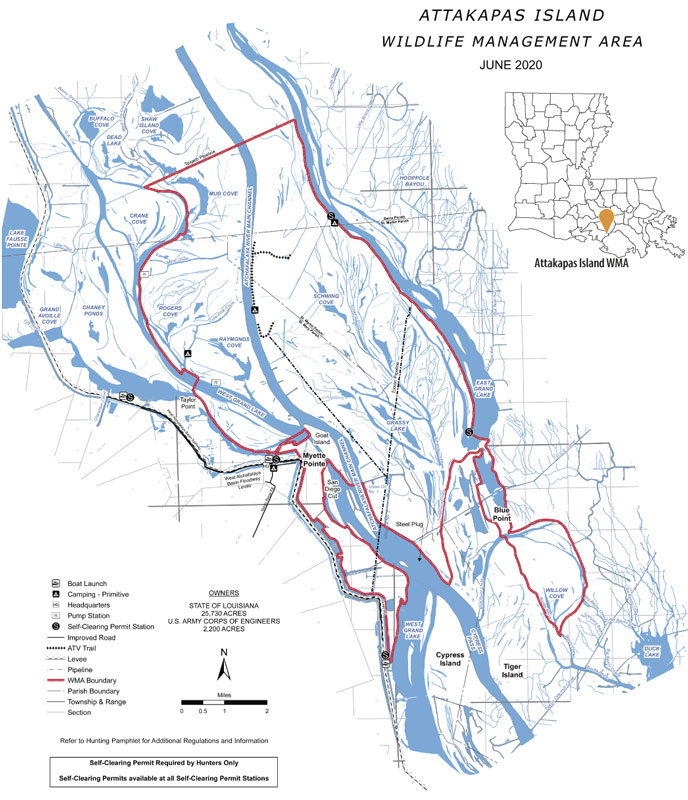 The past few seasons, Romero has hunted closer to Taylor Point near Charenton Lake after spending the better part of multiple seasons farther north around Mud Cove.

He said he’s probably walked the WMA from Myette Point to Crew Boat. If he doesn’t know just about every yard of it, he’s close, because he hunts the WMA 50 to 60 days each season.

Romero, 27, is equally adept with rifle, archery equipment and muzzleloader, strong suits that enable him to hunt through the WMA’s respective seasons for primitive firearms, firearms and archery. He hunts with a Browning .30-06, a Mathews Creed compound bow and a muzzleloader he loads with .457 bullets.

Attakapas Island’s deer feast on acorns, which are abundant, and, early in the season, cockleburs. Cockleburs?

“They eat something in those cockleburs when the cockleburs are green. I don’t know what they’ve got in them,” he said.’

Romero’s greatest memory from last season was of a doe creeping low, left to right, in front of him during rifle season. It wasn’t just any doe.

“I never saw such a big doe, definitely an old doe,” he said, noting that trail-camera photos showed the age in its face. “It’s a big doe, a 180- to 200-pound doe. She’s still dropping babies.”

Hunting Attakapas Island is best during periods of high water. However, deer hunting closes when the Atchafalaya River stage at Butte La Rose reaches 15 feet; it reopens when the river stage recedes to 14 feet, according to the Louisiana Department of Wildlife and Fisheries.

“It’s not that hard when the water’s high,” he said. “The easiest way to hunt deer out there is find ridges when it’s high water. It’s definitely tough when the water’s low. If you don’t know where the deer stay, you’re probably wasting your time. When it’s low, you pretty much got to find duck ponds, or, say, wetlands areas. They like to stay around ponds.”

Some of the best hunting can be upriver on the west bank, where high ground goes farther inland.

“I’ve seen people get lucky and kill a deer off the river — 50 yards in. It’s easy for a person to hunt. Get along the river and find some oak bottoms and find deer feeding,” he said.

The best time to hunt the WMA is when the rut is stronger.

“I hunt Attakapas in late season because of the rut; usually at the end of December, January, is when it really gets good. It’s really the best shot at getting a good buck,” he said.

The state acquired Attakapas Island WMA in 1976.  The U.S. Army Corps of Engineers also owns several tracts of land that are managed as part of the WMA.