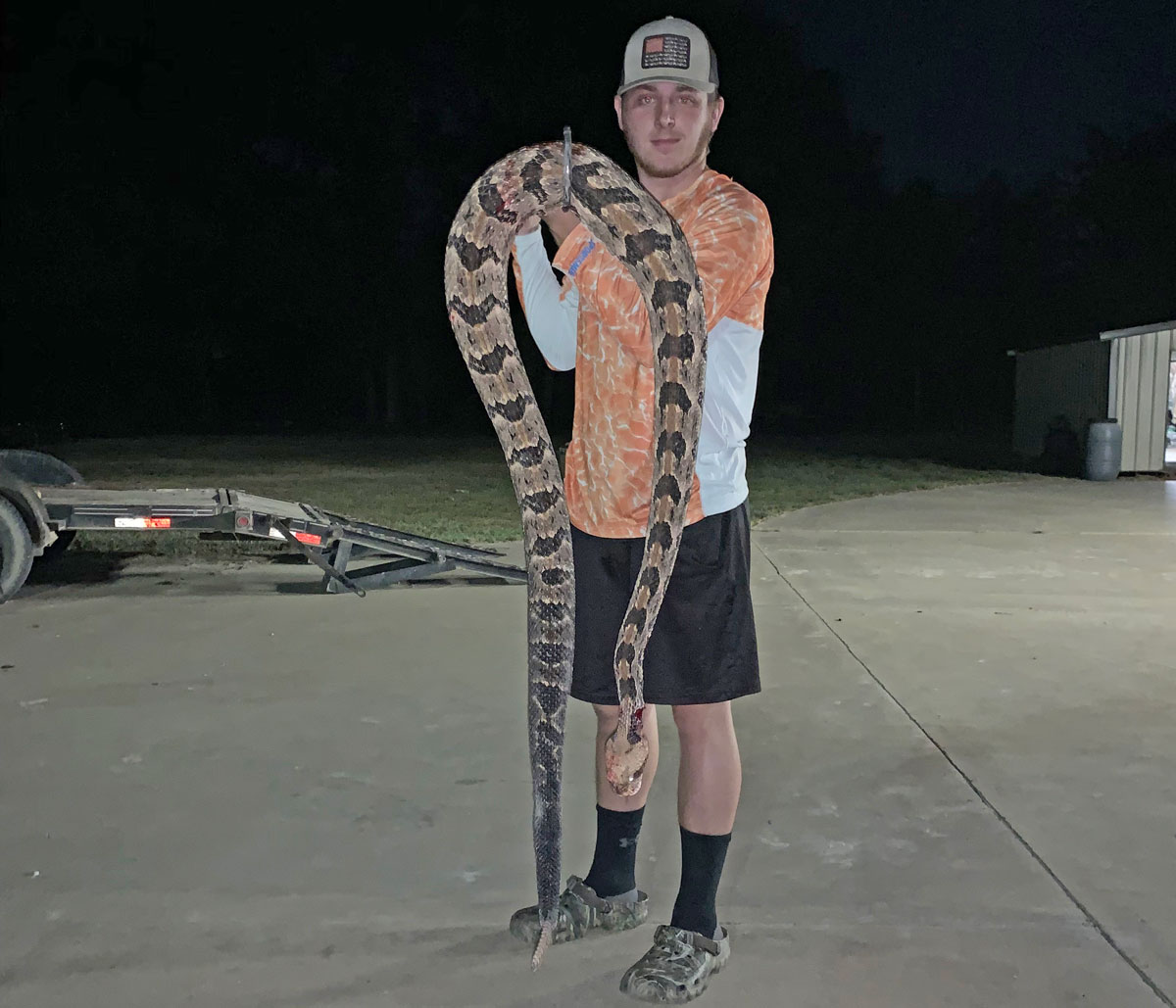 Deer hunters all over the state are preparing their land for the season and are naturally on the lookout for snakes. Hayden Theriot was on a work weekend in Tensas Parish clearing land for a box stand when he saw a particularly large snake stretched out on a lane of fresh cut grass.

“I was following behind the bush-hog with a four-wheeler and the snake was stretched out across the lane that my friend had just cut with the bush-hog and I shot it with my 22,” Theriot said.

The Canebrake Rattlesnake ended up being 5 feet 8 inches long and weighed in at around 12 pounds. This was the first rattlesnake that Theriot has seen in the area.