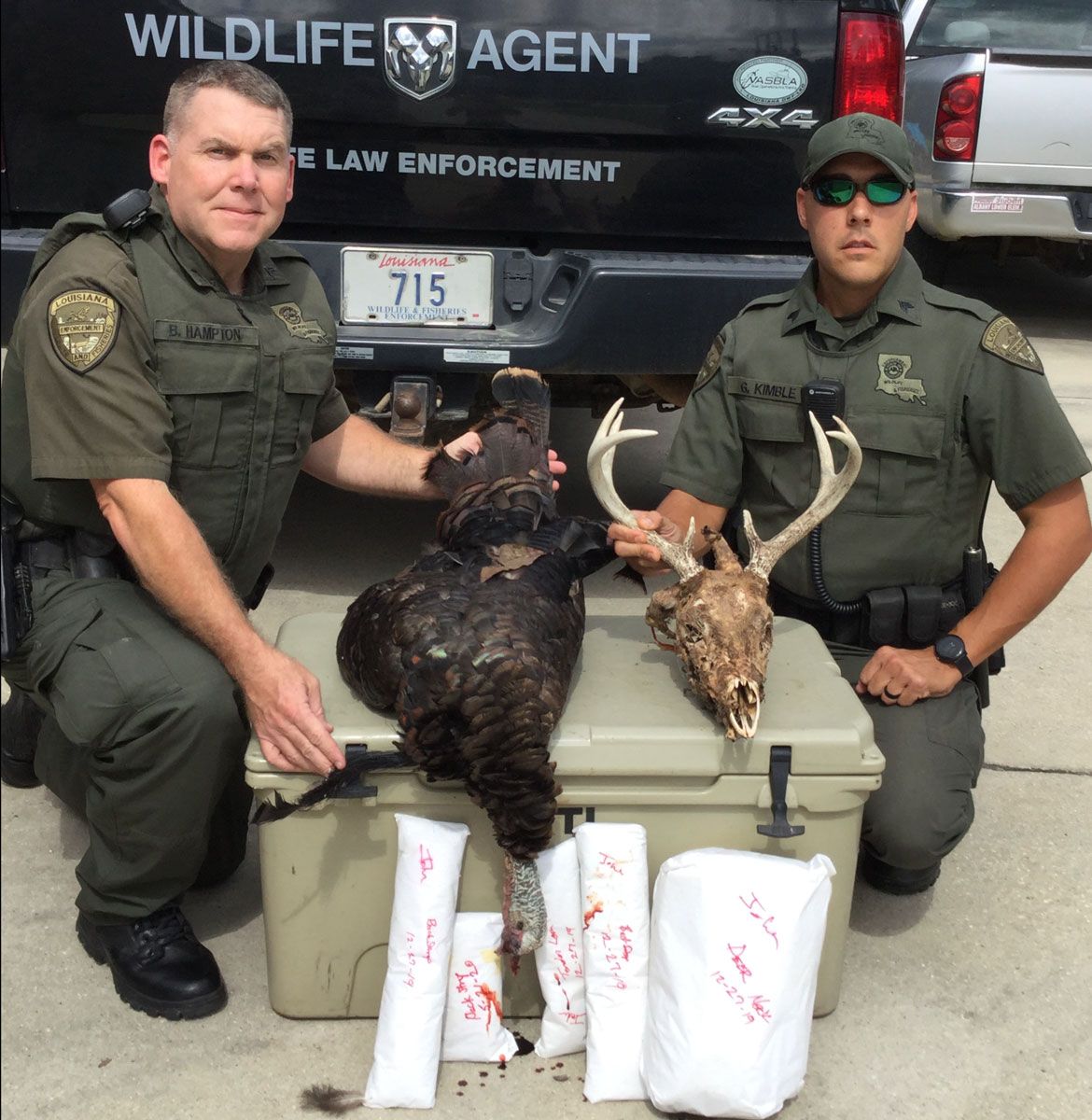 Agents were notified on Sept. 24 that Kleinpeter was in possession of a freshly harvested adult gobbler turkey. Upon further investigation, agents found Kleinpeter in possession of the turkey that he had harvested on a piece of land near Roseland. Agents found that Klienpeter didn’t possess the required licenses, harvested the turkey over a baited area and shot it with a .22 caliber rifle. Turkey season doesn’t start until April of 2021.

During the investigation, Agents also learned that Grimmer possessed a set of eight-point deer antlers from a buck he harvested in December of 2019 on the same property that Kleinpeter harvested his illegally taken turkey. Agents found that Grimmer never possessed deer tags during the 2019-20 hunting season and failed to tag or validate this deer.

Agents seized the deer antlers and the turkey. Agents participating in the case are Corporal Buck Hampton and Sgt. Garret Kimble.

LDWF enforcement agents are investigating a fatal boating incident that occurred in Washington Parish on Nov. 29. […]