For many anglers, hooking into a 12-foot hammerhead shark would be the most memorable part of any fishing trip. But for Katie Duplass and Jamie Tucker, that shark was a distant second to their best memory from a recent offshore trip around The Lump.

While drifting with chum, the two anglers hooked an 80-pound yellowfin tuna — the same tuna, in fact. At first, they didn’t know they both had the same fish hooked, but before long, they realized they were both fighting the same tuna. After a 20-minute fight, they landed the fish, then went back to drifting again after a short celebration.

“We caught four tuna,” Duplass said. “We double-teamed the 80-pounder, then caught another one about the same size. Then we caught two that were about 40 pounds each. 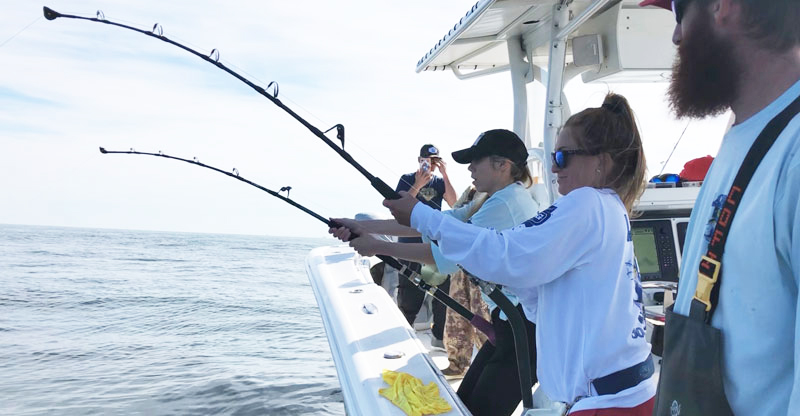 Duplass and Tucker were taking advantage of a last-minute cancelation from anglers who were scheduled to fish with Capt. John Duplass, Katie’s husband and a guide for Louisiana Offshore Fishing Charters (504-701-3474). Tucker’s husband is a deckhand on the boat, so when their trip got canceled, they decided to make a fun day of it.

“It was a nice Sunday with great weather. It was sunny with just a slight chop on the water, and the temperature was in the high 60s to low 70s. It was just a perfect day so we didn’t want it to go to waste,” Duplass said.

Aside from the four tuna, the anglers caught a couple of bonita and several sharks, including the big hammerhead.

They were fishing with cut bait on 80-pound line spooled onto Shimano Talica 30W reels and drifting baits about 120 feet down.

Nothing beats eating fresh fish the day it was caught, but let’s face it, you can only eat so much. And one tuna can provide dozens of pounds of meat. So what’s the best way to preserve it? 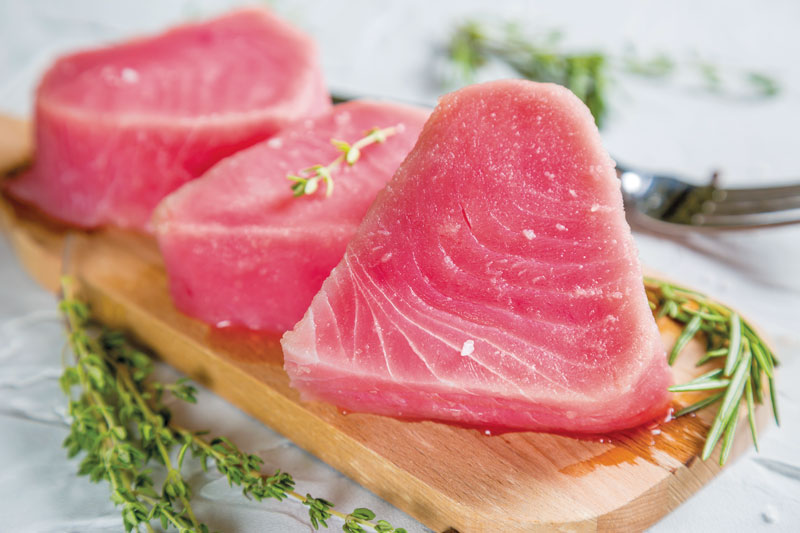 If you ask 20 people, you’re likely to get 20 different answers. Brian Bastineau of Gulfport, Miss., has tried about all 20, but he uses one system now and said it provides for the best-tasting tuna.

“The first thing I do is I cut all the guts out of the tuna as soon as I get it onboard the boat. I carry frozen 2-liter bottles, and I stuff those into the cavity and pack as much ice as I can inside. Depending on where you’re fishing, you may have to leave the head connected. But you want to at least cut the spinal cord where it connects to the head. Bleed the fish as much as possible, then cover it in ice,” he said

Back at the dock

And once back at the dock, Bastineau fillets the fish and wraps the fillets in paper towels.

“You want the fillets to drain as much moisture out before you put them in vacuum bags. I will wrap them in paper towels and place in a refrigerator. I’ll eat what I can over the next couple of days, changing the paper towels on the rest of the fillets twice a day. On the third day, I vacuum seal what’s left and place them in a deep freezer. And when you take it back out of the freezer, get it out of the bag right away, wrap it in paper towels again, and let it thaw out in the refrigerator. That will keep you in tuna for months that will taste just as good as the day you caught it,” he said.