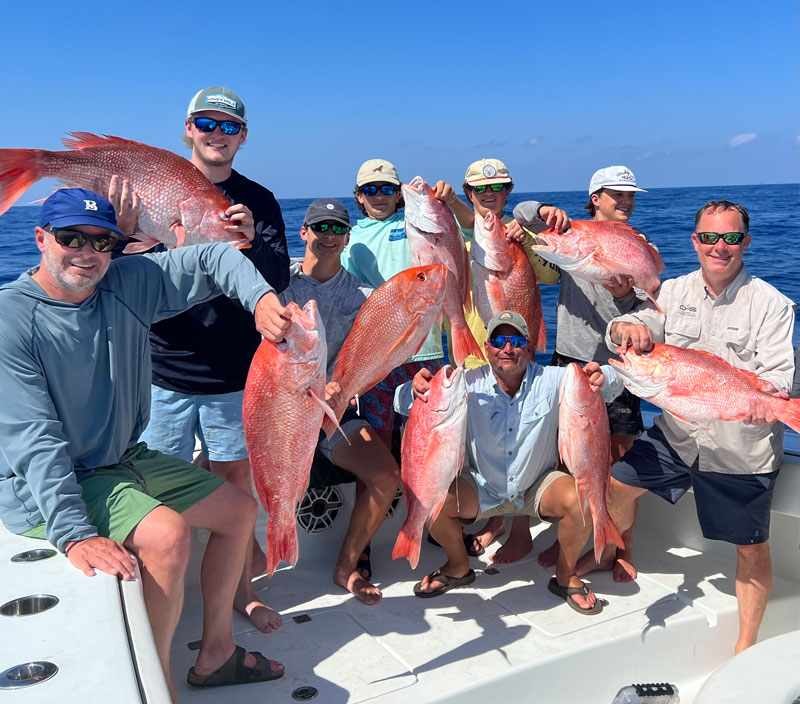 I know, perish the thought, but a sharp rap on the knuckles with a ruler was enough to enforce the ignored verbal commands that brought on a teacher’s response.

Pretty sure my teachers were not mean. Far from it. They had 30 some-odd kids to teach and, well, didn’t want one bad apple to spoil the whole barrel.

Knowing all that from us Baby Boomers, it’s obvious none of the guys and gals who work in National Marine Fisheries Service, nor the National Oceanographic and Atmospheric Administration, nor the U.S. Department of Commerce ever faced the ire of a frustrated teacher.

See, NMFS is part of NOAA, which is part of Commerce. It’s a group of folks who, when they work for folks elected from blue states, seem to be as hard-headed, as disruptive, as intransigent, as shameless and as single-minded as any group of bureaucrats in the history of fish and wildlife management in our country. Can I state it any more plainly?

The latest is NMFS’ insistence about using it’s out-of-date, outmoded and archaic management system when it comes to recreational fishermen catching red snapper.

Clinging to the MRIP

These federal folks want to cling to something called MRIP — Marine Recreational Information Program — a system that has long undercounted the number of red snapper in the Gulf of Mexico. It’s a system that has been shown to be flawed when it came to a reasonable time frame for estimating recreational catch of most all reef fish species not only off our coast, but also across our nation.

When Louisiana Congressional delegation and other colleagues from other states mustered enough support to fund a study, those federal dollars produced The Great Red Snapper Count.

Well, The Count showed the Gulf of Mexico had three times the red snapper as the federal (fill in the blank here) had estimated from your tax dollars that they used to count red snapper.

But don’t think the restrictive annual red snapper quotas doled out from the Gulf of Mexico Fishery Management Council (a shill for the federal managers, and more inclined to the commercial fisheries sector) would triple the annual recreational red snapper quota for anglers in the five Gulf states.

Sat on its hands

Even after The Great Red Snapper Count was verified, the Gulf Council sat on its hands for this year’s allowable recreational catch until, it appears, the council’s hierarchy could get its marching orders from NMFS.

Now, despite the recreational sampling systems like LA Creel, a more real time and now emulated catch estimate plan, the federal (fill in another choice word here) have come up with a plan to take those state catch-estimate systems and plug that data into the MRIP charts for “calibration.”

It’s a plan that could cut the annual quotas to Mississippi and Alabama by 50-60 percent with Louisiana, Texas and Florida anglers facing a similar uncertain future when it comes to red snapper.

And, who knows what other species NMFS will target.

A letter from Gulf States’ Congressional delegations and others, mostly Atlantic states, to Commerce Secretary Gina Raimondo outlined this department’s obvious intention to ignore the new count, and Congress’ long-debated and now-enacted act demanding more modern accountability from federal fisheries managers and to turn over red snapper management plans to the states.

It was clear, at least to those who’ve paid attention to this issue for nearly 20 years, that Congressional action would undercut the value of NMFS when it came to red snapper. And, with revisions to the Magnuson-Stevens Fishery Management and Conservation Act demanded by Congress, the federal folks faced the real possibility of a a devalued presence in our country’s fishery management plans.

This rewriting of Magnuson-Stevens clearly told Commerce to use “the best available science” in fishery management.

Today, NMFS’ move clearly ignores that command, and that begs the question about what would happen to you and me if we did the same. Frankly, I’m fed up with the Feds!

Our state’s effort has the support of both Senators and most Congressmen. Rep. Garret Graves is leading the charge.

“Red snapper is one of the most popular catches for Gulf anglers. The states have done a great job sustainably managing this important resource. States have the best available science and can make the best decisions for the species right off our coast — not someone in Washington, D.C.,” Graves said.

“And, those pesky federal laws actually require the use of the best science. If NMFS’s deckhands would leave their cubicles and see the repercussions of their decisions, we wouldn’t need to keep having this discussion. Instead of providing common-sense proposals, they keep tying state and federal management in a regulatory knot tighter than a Boy Scout could.”

Enough said for now. More later, maybe after somebody uses a ruler across some knuckles.