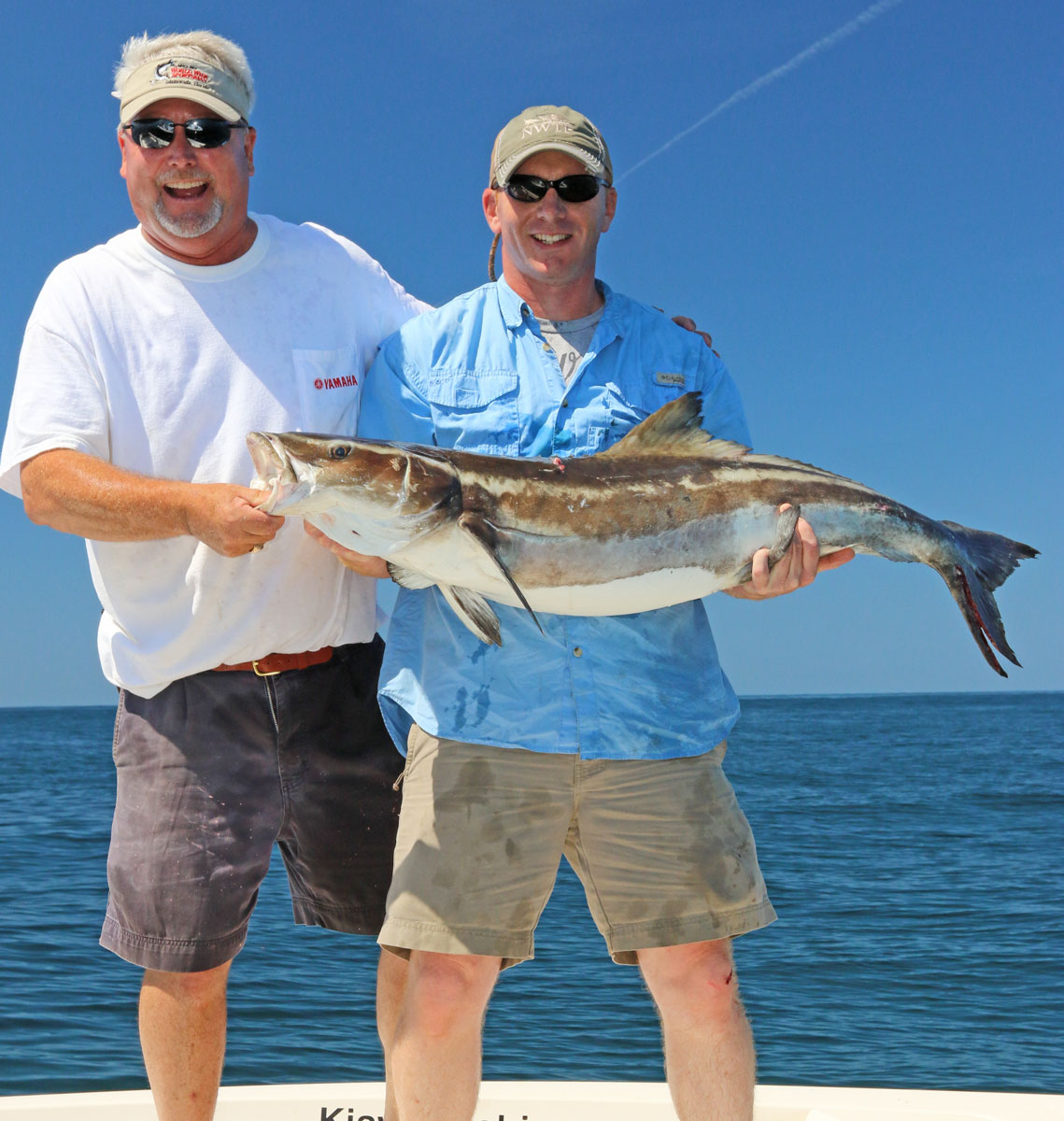 Most have two distinct, silvery stripes that run the length of their sides. Their lower jaw protrudes farther out than their upper jaw. These fish have deeply forked tails. They have broad heads, and seven to nine isolated spines along the forward section of their backs. A long dorsal fin with 27 to 33 rays is located behind these spines.

Their growth patterns are a bit of a mystery to fisheries biologists. A 2-year-old cobia can be longer and heavier than a 6-year-old fish. Their growth rates are based much more on their diets than their ages.

And when it comes to diets, cobia are not picky eaters. They will eat just about anything they can fit in their mouths. Studies have found as many as 39 different species of fish in a single cobia’s stomach. And while anglers most often use fish as bait for cobia, the same studies have shown that crabs make up the majority of a cobia’s diet.

These fish are pelagic, living most of their lives offshore, but they enter estuaries occasionally. Fisheries biologists have found that some small groups of cobia do not migrate at all, but they aren’t sure why. They are fairly solitary fish, traveling in very small pods only during spawning season, which lasts through the summer. Most spawn in the mouths of inshore bays and creeks, but some spawning occurs in the open ocean. Cobia often travel closely with sea turtles.

They are curious fish, constantly investigating surface objects and noises that most other species of fish avoid. Anglers often slap the sides of their boats, play loud music, and scatter potato chips and other food items on the surface. Any of these acts can draw cobia in to investigate. When one is spotted, anglers cast a lure or bait in front of the fish. They very often take the bait immediately.