Big fish was traveling with two other ling

Jack Romero, Mark Christenson, and Larry Richard were fishing out of Freshwater City on April 9, and the three friends caught a unique-colored cobia. The whitish/yellow fish was a prize for its size as well. It measured 54 inches in length and weighed 40 pounds.

The three anglers spotted the cobia as it swam around the boat with two others.

“You had to look at it a couple of times to see what (species) it was. But the other lemon fish with it looked normal. So that kind of helped us realize it was a cobia,” said Romero of New Iberia. 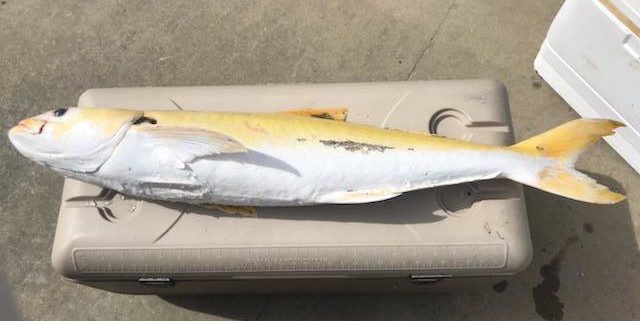 Once they noticed the uniqueness — and size — of the cobia, they targeted it, dangling bait in front of it for some time before it finally bit.

“It was weird seeing that thing swimming in the water beside the boat. Three of them were together, and we were trying to specifically catch this one. The other two were regular colored, and this one was the biggest,” he said.

All three anglers dropped baits in, trying to entice the fish to eat.

Richard hooked the fish on a hardtail

“We probably watched it for 30 minutes. They were all just circling the boat. We’d pitch a bait in and he would look at it, but never would hit it. We would throw some chum out and he would eat it right beside the boat. But he wouldn’t eat anything with a hook in it,” Romero said.

Finally, Richard, of Church Point, made a cast that the fish could not resist. 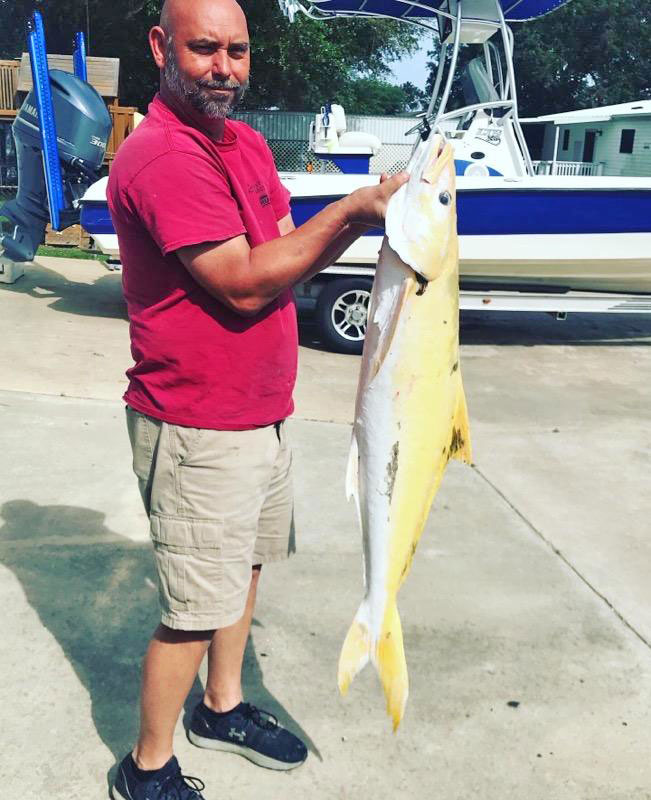 “Larry dropped a hardtail baitfish to him. The cobia went straight to it and ate it,” he said.

That’s when the fish took off, making for about 15 minutes of nail-biting drama for the anglers.

‘He ran. Larry fought him for 10 or 15 minutes. We just kind of had our fingers crossed the whole time. He got him beside the boat and we gaffed him and brought him aboard,” he said.

Romero spoke with Wildlife and Fisheries about the fish. They told him it was leucistic, which means it had a pigmentation defect.

“They said he was missing something in his genes, kind of like a piebald deer,” he said.

Richard caught the cobia with a Penn 330GTI on a Penn Jigmaster rod.

The Louisiana Wildlife and Fisheries Commission adopted a Notice of Intent to decrease the cobia limit to 1 fish daily per person. […]