What do you do when you love fishing so much you build an earthworm bed so you can have worms for fish bait and the numbers start growing rapidly? According to Clay Burton, you start selling them.

“We started growing worms for us to fish with and they started multiplying so fast, we decided maybe we ought to try and sell some,” Clay said. With that declaration, Burton Boys Worms business was launched this past December and it has grown rapidly this year.

So, who are the Burton Boys? I learned about them and their enterprise while sharing lunch with Carl Burton, their grandfather and a long-time friend. I met the boys and their parents recently at the Ruston Farmer’s Market where they had set up shop with their fishing worms.

Their dad is Dusty Burton and their mom is Kristy. They live in the Quitman area of Jackson Parish.

“We got to thinking about what we might want to get the boys as an extra special Christmas gift,” Kristy explained. “We love to fish and had ordered some European night crawlers, worms that are different from the Canadian night crawlers. The Canadian variety require refrigeration otherwise they don’t survive. Not so for the Europeans which can tolerate temperatures between 50 and 80 degrees.

“Our fishing worm supply started growing so fast there was no way we could use them all so we decided to introduce the boys to the corporate world by setting them up in a business of growing, marketing and selling the earthworms. We have business meetings every week in order to plan and discuss how to turn their endeavor into a profitable venture.”

Clay has a vision problem, amblyopia, commonly known as “lazy eye” and it was his idea to use some of the profits of the business to help others with similar problems.

“I have to wear special glasses for my eye condition and I want to use some of what we make by selling worms to help other kids who have the same condition and may need some help to get glasses,” Clay said.

How do you raise enough earthworms to satisfy your fishing needs with enough extra to put on the market?

“Our worm nursery consists mainly of peat moss with some dirt added,” Clay said. “We feed the worms such things as banana peels, egg shells, cardboard and grain.”

Kristy came up with the idea that in order to attract potential customers, there has to be an attractive presentation of the product. 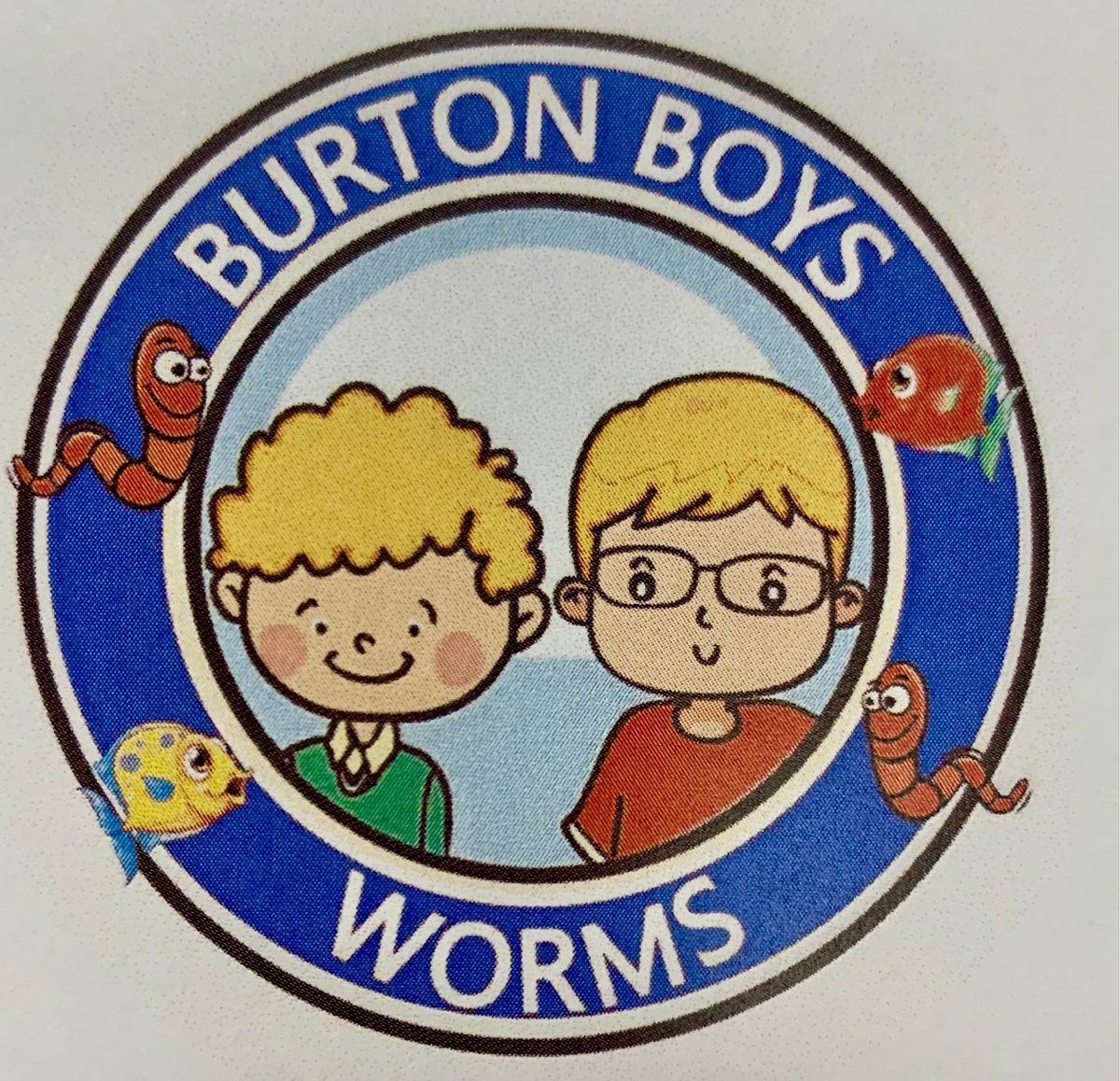 “We found someone who came up with the design for the containers that are attached to each box of worms. The design features the two boys – one wearing glasses – in a circle surrounded with the logo “Burton Boys Worms.”

The young growing business has already attracted the attention of at least one tackle shop owner, K&M Bait Shop in Farmerville, where the products are available for sale. They hope other bait shops will soon follow suit.

Oh, one other thing of interest are the ages of these two budding entrepreneurs. Clay is 7 years old and Cole is 5 years old.

About Glynn Harris 445 Articles
Glynn Harris is a long-time outdoor writer from Ruston. He writes weekly outdoor columns for several north Louisiana newspapers, has magazine credits in a number of state and national magazines and broadcasts four outdoor radio broadcasts each week. He has won more than 50 writing and broadcasting awards during his 47 year career.