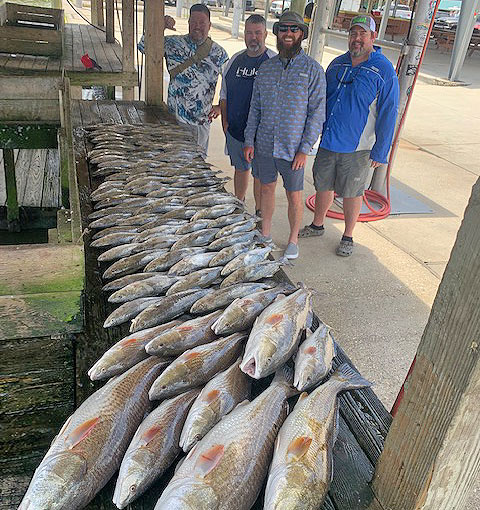 Matt Dreiling, 44, of Destrehan, reported a fantastic trout bite on Wednesday, July 14, when he and three other fishermen wrestled 92 keeper speckled trout and 11 redfish into their boat. They were fishing Bay Coquette on an excursion with Jack’d Up Charters out of Venice.

“We were fishing where the ‘old green monster’ used to be out in the bay,” Dreiling said, and “we couldn’t have asked for a better day to fish.”

Other than a light rain at approximately 10:40 a.m., the fishermen enjoyed overcast skies and very little wind.

“We were fishing near some pilings in about 6 feet of water,” Dreiling said.

The anglers found success fishing live shrimp about 3½ feet below Four Horsemen corks for the duration of the trout bite, which Dreiling said lasted from 6 until about 11 a.m., when the onset of rain appears to have slowed feeding activity. 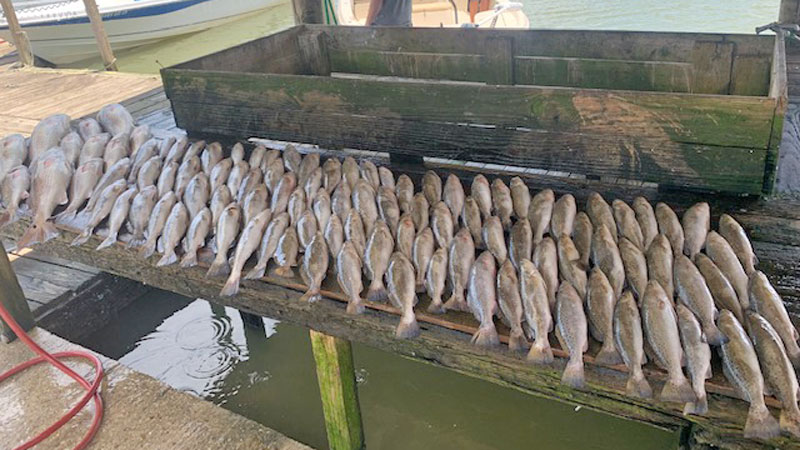 The fishing was so good, they exhausted their supply of shrimp, and had to return to the marina to get more.

“We got back from our (bait run), and started hitting them again in the same vicinity,” Dreiling said. The trout continued to slam their shrimp until the rain killed the bite.

Redfish along the points

“Then we moved out to the south end of Bay Coquette, and fished off of one of the points,” said Dreiling, who reported that his crew caught a few more specks, before activity had slowed significantly.

“Then we started drifting along the edge of the point, hitting the redfish,” he said.

The Jack’d Up Charters boat arrived at the marina with 11 redfish, ranging from 17 to 26 inches long.