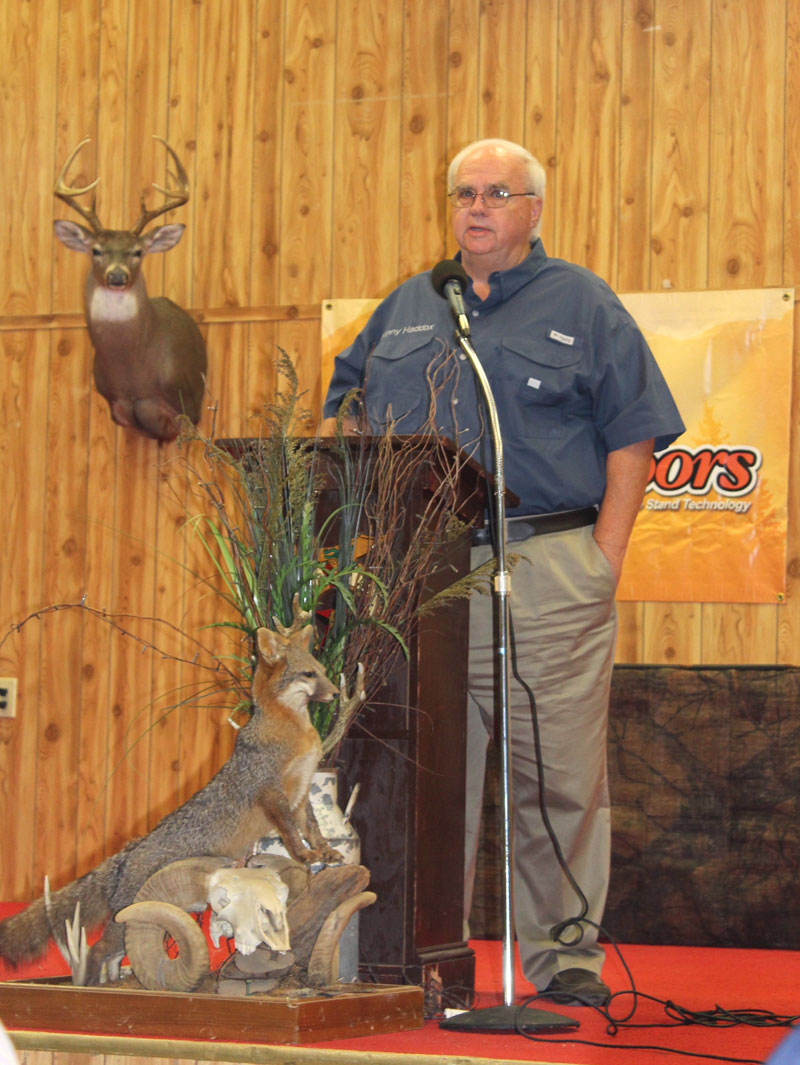 Most people who read about hunting and fishing in Louisiana are familiar with the writings of Kinny Haddox. He’s been writing features, hard-hitting news and informative and entertaining columns about the outdoors for 50 years. He has completed an outdoor bucket list that most people only dream of.

He has written countless newspaper columns, magazine features and internet pieces, plus published a highly successful internet blog, lakedarbonnelife.com. Today, he serves as the Editor of the Louisiana Sportsman Magazine. He wrote the first national story on Duck Commander Phil Robertson in Outdoor Life and has fished with several dozen of the top pro bass fishermen, including riding along as a press angler in 14 Bassmaster Classics around the country.

But his writing isn’t what made the biggest long-term impact. It’s what he did behind the scenes in conservation that has altered the state of the outdoors in northeast Louisiana in a positive way.

I should know. He’s my dad. And I’m proud to share his story.

Trophy fish are being caught on a near-weekly basis in Bussey Brake just outside of Bastrop. The lake even drew the attention of Major League Fishing for the finals of an $800,000 tournament earlier this year. Had it not been for his love of the lake, willingness to work against the odds and coordination of efforts, it wouldn’t be happening. 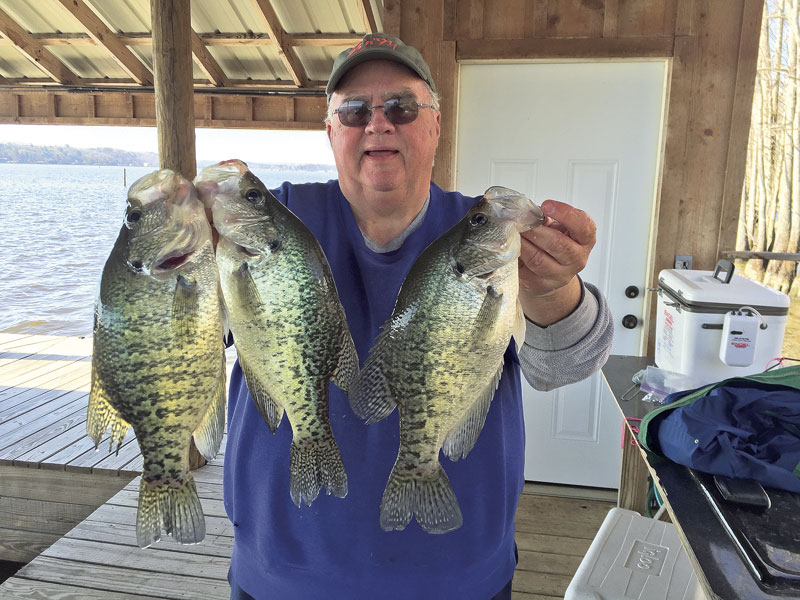 My dad grew up on Bussey and I was fortunate enough to fish there, too. Thousands of others have as well. But as International Paper’s paper mills closed there, several private groups made offers to purchase the lake. As he neared retirement with the company, he worked with others in International Paper and state and local officials to make sure the lake was protected and remained open for the public. Working with former Louisiana Department of Wildlife and Fisheries Secretary Robert Barham and corporate officials, the lake was donated to the state for present and future generations to enjoy. Popular duck hunting area Wham Brake was also included in the deal.

He worked with employees of the District 2 office of the LDWF to start the first local celebration activities of National Hunting and Fishing Day in Monroe with duck calling demonstrations, shooting skills classes, outdoor cooking, etc. more than 40 years ago. The local approach to NHF Day is still carried out with crowds of people, especially kids, in attendance each year. It has also spread to other locations in the state.

Most people today don’t even know about this one: As a reporter for the Monroe newspaper, he helped stop the destruction of the Ouachita River. The U.S. Corps of Engineers developed a plan to straighten more than 100 curves and bendways in the Ouachita River and shut off access to many river lakes and bayous. The Corps basically kept the plan a secret. Working on information from concerned sportsmen within the Corps, he led a group of reporters who uncovered the plan, publicized it and helped turn public and political sentiments against the plan, stopping it and helping to save the pristine condition of the winding river.

When a group of conservationists in Monroe began trying to secure the Black Bayou Recreation Area, he helped arrange a land swap allowing the USFWS to control all the lands in the future refuge. He also submitted and received grants to support building the first phase of the observation walkway and the Black Bayou Education Center. 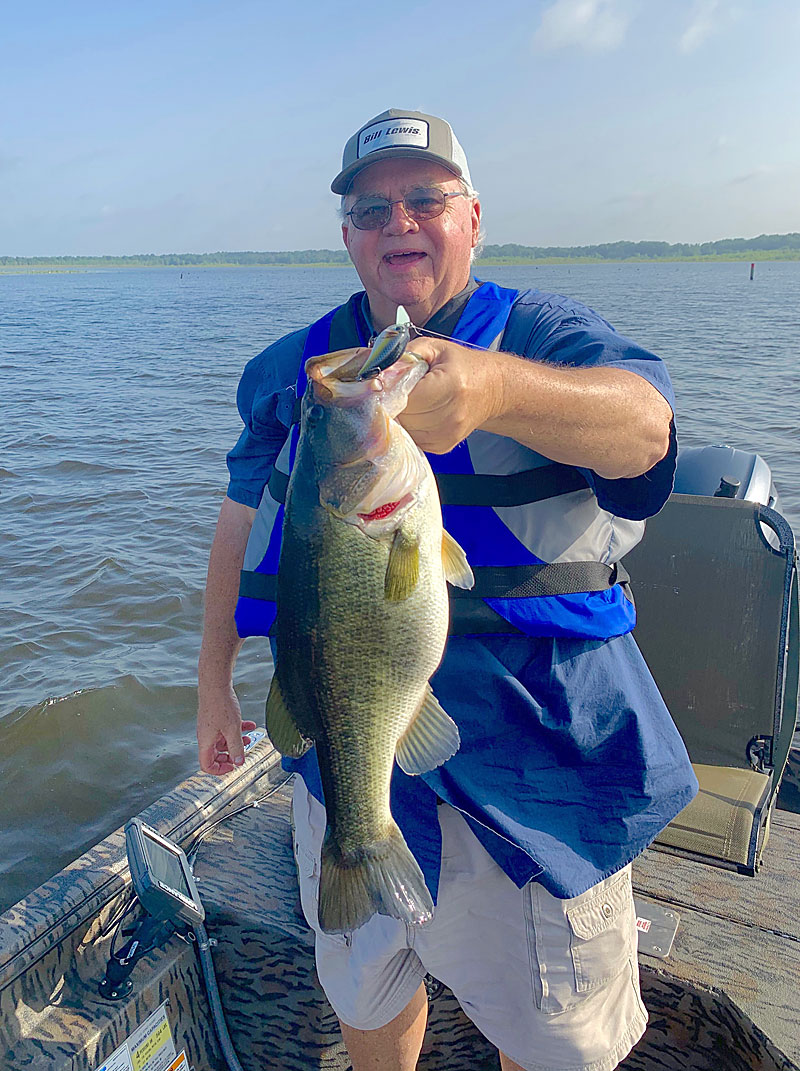 For these reasons and more, he was selected as the first outdoor communicator inducted into the Louisiana Legends of the Outdoors Hall of Fame.

“I have been blessed to hunt and fish all my life and enjoy the bountiful outdoors that God has provided,” he said. “I’ve been blessed to travel to other areas and enjoy the outdoors there, too. I have always enjoyed writing about others who were great at what they do and deserve recognition for their accomplishments in the outdoors. I was blessed to be in the right place at the right time with Bussey, the Ouachita River and other conservation projects.”

“I thank God for the blessings he has given me in the outdoors, with my family and with others,” he said. “One thing I always say when I am speaking with people is that God calls us to be Fishers of Men. He doesn’t count the number of fish we put in our livewell, but he counts the souls we help him put in His.”

If there is one thing he would like to see passed on to future generations, he quickly responds, “We have to instill respect and accountability in every single person who enjoys the outdoors, starting with our young people. If you can’t leave it like you found it, or a little bit better, then you really aren’t doing your job as a hunter or fisherman no matter what you catch or shoot. It’s that simple.”

In addition to editor’s duties at Louisiana Sportsman Magazine, he is also a monthly columnist and regular feature contributor. His popular lakedarbonnelife.com outdoor website and Facebook page has gone well past a million total views.

He helped bring the first Crappie University classes to Louisiana and served as emcee of those events. He manages Simmons Sporting Goods’ daily online Duck Report, started the first-ever high school bass tournament on Lake D’Arbonne in 1978 (that ran for 20 years) and is past outdoor editor of the Monroe News Star. He has contributed articles and photos to most of the major magazines in the South, including Game & Fish publications (Louisiana and Mississippi), BASSMaster, Outdoor Life, Louisiana Conservationist and more. And he is a gourmet cook who specializes in fish and game recipes. He even makes his own seasoning blend!

He is a member of the Louisiana Outdoor Writers Association, including past service as President, a former competitor in local and regional bass tournament circuits and a frequent speaker at area civic club and wild game/fish dinners.