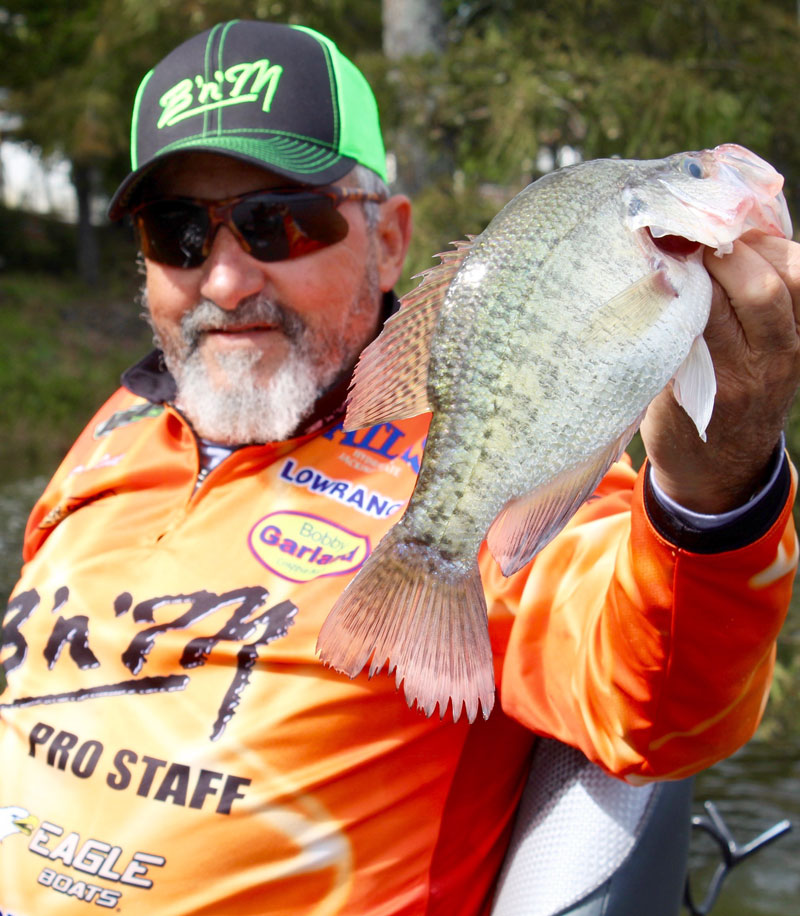 If you got points for time on the water across one’s life, Steve Danna of Bernice would be pretty high up on the points list.

But the Lake D’Arbonne resident has done a lot more than just put in time on lakes and rivers catching fish.

The former pro tournament angler for both bass and crappie, fishing guide and outdoor lover his entire life has done a lot more for the world of fishing. He has put on countless crappie fishing clinics both in public venues and for large sporting goods stores. He has been featured as guest presenter at Crappie University in Louisiana. He has also helped set up tournaments, including events just for youngsters with special needs.

Danna even has a popular B’n’M Crappie Fishing Rod named after him, the “Tree Thumper by Steve Danna,” designed for fishing shallow water and especially around cypress trees here in Louisiana. Danna did something a lot of people around the country saw. He had the lead spot in a Bobby Garland Crappie Lure TV commercial that turned out to be one of the most popular ever aired. It talked about how popular the fish was and all the names from white perch, crappie, sac-a-lait, slabs and others that the fish are called. You can view that spot online at YouTube.com/watch?v=A0z-uEmjvuc

He worked closely with War Eagle boats to design and test boats laid out just for crappie fishermen. They remain some of the most popular layouts today.

That’s something not too many people can put on their resume. For those reasons and more, the 72-year-old angler and instructor was chosen as a member of the first class of the Louisiana Chapter of the Outdoor Legends Hall of Fame.

The first time I met Danna, I was working as a sports and outdoor reporter for the newspaper in Monroe. One evening after dark, he came to the side door of the newsroom and asked if there was somebody there that wanted a good picture of some fish. That would be me.

We went outside and he had a stringer of 12 largemouth bass that weighed 60 pounds he had caught from Cheniere Lake south of West Monroe. That isn’t so rare these days with high powered electronics and Florida bass management, but back in the 1970’s, it was awesome. There were no Florida bass or fancy electronics. You just fished.

Danna was one of the original members of the first bass club in Louisiana, the Ouachita Bass Club. He fished tournaments with the club and also state and regional pro tournaments.

Later in life, he changed his passion to fish for crappie or whatever you like to call them. One article written about Danna’s love for crappie fishing even labeled him as “kidnapped by crappie.”

Danna has become a successful professional crappie fisherman from our area, competing in state and national tournaments such as the American Crappie Trail and the Crappie Masters circuit.

But his passion later in life wasn’t so much competing, but just continuing to be part of the sport and taking opportunities to teach others. When he puts on seminars at sporting goods stores, he’ll often hang around and take questions. That often leads to taking the time to walk customers to the bait or rod section of the store and show them first hand what he’s talking about and helping them make selections for equipment.

“We’ve been so extremely blessed to live in a country like America where we can pursue jobs, make money and have freedom to do pretty much anything we want to,” he often says. “No where else can you pursue your passions like fishing and do it just for fun or competing with other people.”

Danna said the real icing on the cake is the people who take part in fishing.

“I can’t tell you how many friends I’ve made because of fishing,” he said. “Fishing changed my life and I’ve worked hard to help others learn how so it can change theirs.”

Danna looked back at fishing and the changes that have occurred. Some are good, some are not, he said.

“You can still go out and catch crappie with a 12-foot cane pole and shiners some of the time,” he said. “But if you want to catch a lot of fish a lot of the time, it certainly helps to be geared to go. It’s amazing what today’s modern technology has done to help crappie anglers make the best use of their time and catch fish in amazing comfort. We have come so far so quickly that it is sometimes overwhelming, but electronics like we have available today give you a definite advantage. I wouldn’t want to go fishing without them today.”

Then he thought again. 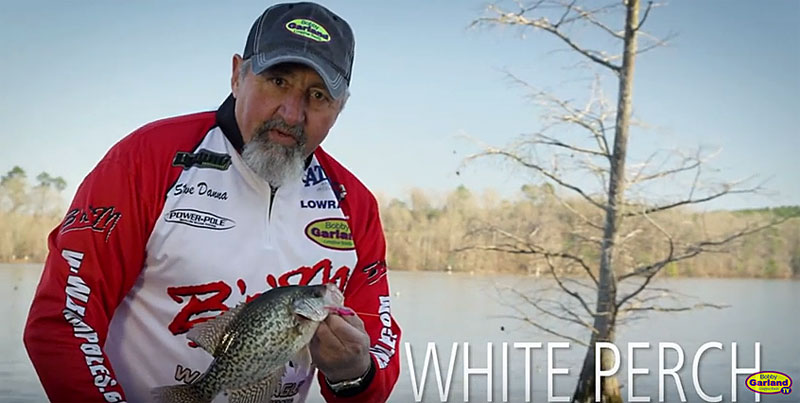 “Although, it may have been a lot more fun the old way,” he said.

Danna has also always been a fan of doing your own thing when you are fishing. Here’s an example.

“I don’t want to make anybody mad at me, but a lot of times you see a dozen boats right in the same place,” he said. “When people don’t know what else to do, they tend to go where other fishermen are. One day I saw 20 boats north of the Hwy. 33 bridge on D’Arbonne and none south. I can promise you this. If there are fish suspended 15 feet deep in 30 feet of water on the north end, they are in the same type place on the south end.”

“That applies for anywhere in the lake or any lake,” he adds. “You don’t have to just go where you see everybody else. That’s a growing trend, but it is not necessary to catch fish. Do your own thing and find your own fish. It’s a lot more relaxing and more fun at the end of the day.”

You can learn more about the Outdoor Legends Hall of Fame, founded by Garry Mason in Tennessee and led in Louisiana by Peyton McKinnie, on Facebook.