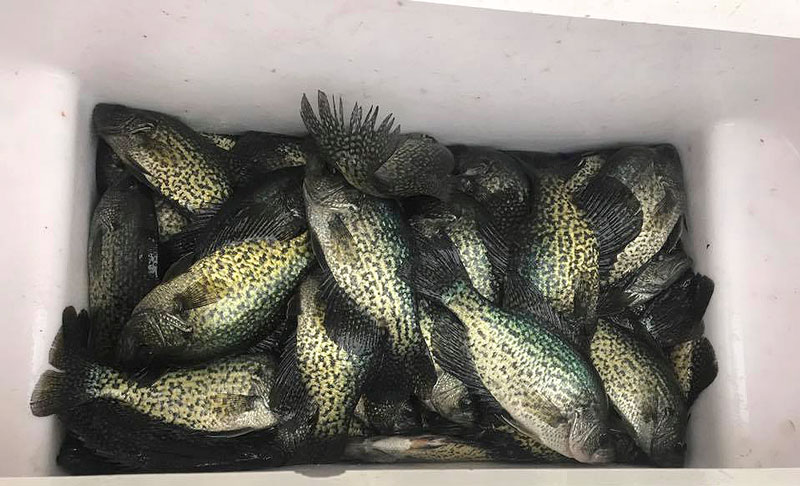 Over the last month or so, crappie anglers have been finding the white perch ganging up more and more.

Capt. Anthony Kyzar smacked the sacalait on February 5 in the Terrebonne Parish area. He says Spring is finally here and the sacalait and bass are starting to spawn . “The water temps are climbing into the 60’s and that is the magic number. The males are pulling up to the bank to build the nests and the females will be waiting for the full moon*, Feb. 19,  this month.” 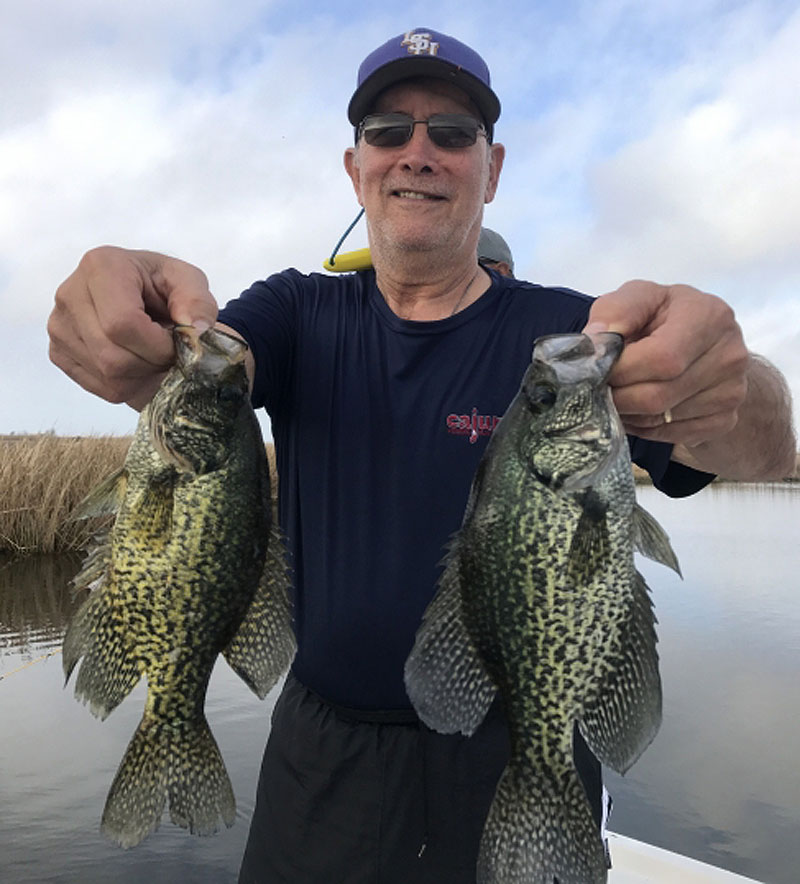 Yesterday Kyzar scouted for three hours and only caught a few. “But then we found them and caught 53 in about an hour!”

After finding the fish, the Houma guide caught them on a 1/32oz jig head under a cork with pink matrix minis and black and chartreuse tube jigs.

“The freshwater fishing will be on fire for the next month!” he predicts.

Over the last month or so, crappie anglers have been finding the white perch ganging up more and more.

They’ve been scattered, but now they’re starting to collect in spots as they move up and do their thing.

Check out his website at Cajun Fishing and Hunting.

*The upcoming Snow Moon will be the second super moon of 2019 to grace our skies, appearing bigger and brighter to the human eye than usual as it makes its closest approach to Earth in the lunar cycle.

Maurice Smith caught these sac-a-lait about a month ago at a local lake near his home in Ward, Ark., which is about 25 minutes north of Little Rock. […]