Bo knows bass and his Classic title proves it

Only two Louisiana residents have ever won the prestigious Bassmaster Classic. Villis P. “Bo” Dowden is one of them and he had to go a long way to do it. He won the 1980 world championship on the most northern waters to ever host the event, the St. Lawrence River in New York.

He is also a member of the Louisiana Sports Hall of Fame. Dowden is a former marine dealer and now real estate agent on Toledo Bend. He qualified for and competed in a total of 14 Bassmaster Classics, including finishing in third in 1982. When he retired from competitive fishing in 2001, he had collected career winnings of $235,261 in sanctioned B.A.S.S. events. ESPN Outdoors and B.A.S.S. named him among the 35 greatest anglers of all-time in 2004.

Because of profound contributions to the legacy of our Louisiana outdoors, the Natchitoches fisherman was recently inducted into the Louisiana Chapter Outdoor Legends Hall of Fame. 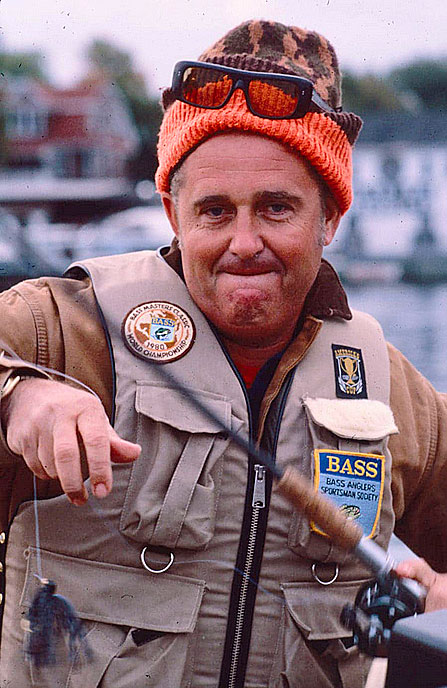 “I’ve always loved fishing and I was just lucky enough to be good at it,” said the slow-talking, always serious sounding Dowden. “But you know, we’ve got so much to be thankful for in this country, I think it’s important that we all look at what is going on in this world and make sure we keep this nation free so people can make their own choices. I’m just glad that one of my choices was to fish. I don’t know how I ended up standing here, but I thank my family for their support and the good Lord for letting me be here.”

Dowden was a crowd favorite at tournament weigh-ins because of his down home steady pace and country slow talking. B.A.S.S. Founder and President Ray Scott frequently embellished Bo Dowden’s life story to fire up weigh-in crowds, sarcastically claiming that the slow moving angler was once a silver medalist in track in the1956 Olympics.

Dowden’s Classic win is one of the most talked about in competitive bass fishing lore. He led the Classic from Day 1 and the final day was anything but easy. He was one fish short of his limit the final day and worried as he was barely leading another fairly well known angler, Roland Martin.

Bo made a classic move and tried new waters to get the last fish he needed to win. He wrestled his Ranger bass boat across the worst waves New York’s St. Lawrence River could summon. Doubt began to roll like whitecaps through his head. He was frazzled. Bo had finished second and third in previous Classics. He didn’t want that again.

Every fishermen in the tournament had a press angler who observed the day’s fishing, snapped photos and covered it for various media. I was blessed to be his Press Angler for that last day. Press Anglers usually fished out of the back of the boat to pass the day. On this day, with the weather and the waves so bad, I did not fish. I didn’t ever let go of the passenger side handrail except to snap pictures of Bo flopping fish on the deck.

Bo finally found a calm inlet. He got some bolts back in the Motor Guide trolling motor bracket, which had literally been ripped off the deck during the tempestuous ride down the St. Lawrence. He calmed his nerves by retying the only lure he fished with that day, a black jig-and-pig, and focused on one more good bite. There was no talking. No questions. No posing for pictures. Just the subtle “plink” of the lure hitting boulders and then the water. 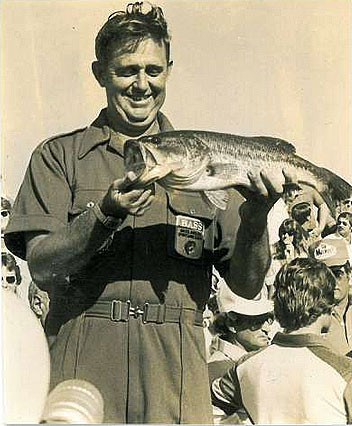 Then Bo stood upright and set the hook.

Frazzled turned excited, then fearful, then hopeful. His Lew’s Speed Stick bent double. The drag gave line. Bo fell to his knees, as if trying to see underwater.

It wasn’t. It was a 6-pound, 6-ounce largemouth. He trembled as he held the big bass high in the air, then kissed her and called her “Queen Bee.” More like “Money Bee.” He didn’t know, but it had given him a 10-pound lead over Martin. Bo Dowden was a Bassmaster Classic champion.

Back in those days on the water, there were no camera boats, no cellphones, no fan flotillas… but Bo Dowden’s legend still lives.

The Legends Hall of Fame was founded by Garry Mason of Springville, Tennessee, in 2002 and the Louisiana Chapter of the Hall of Fame is headed up by Peyton McKinnie of Marion. You can find out more about the groups on their Facebook pages.