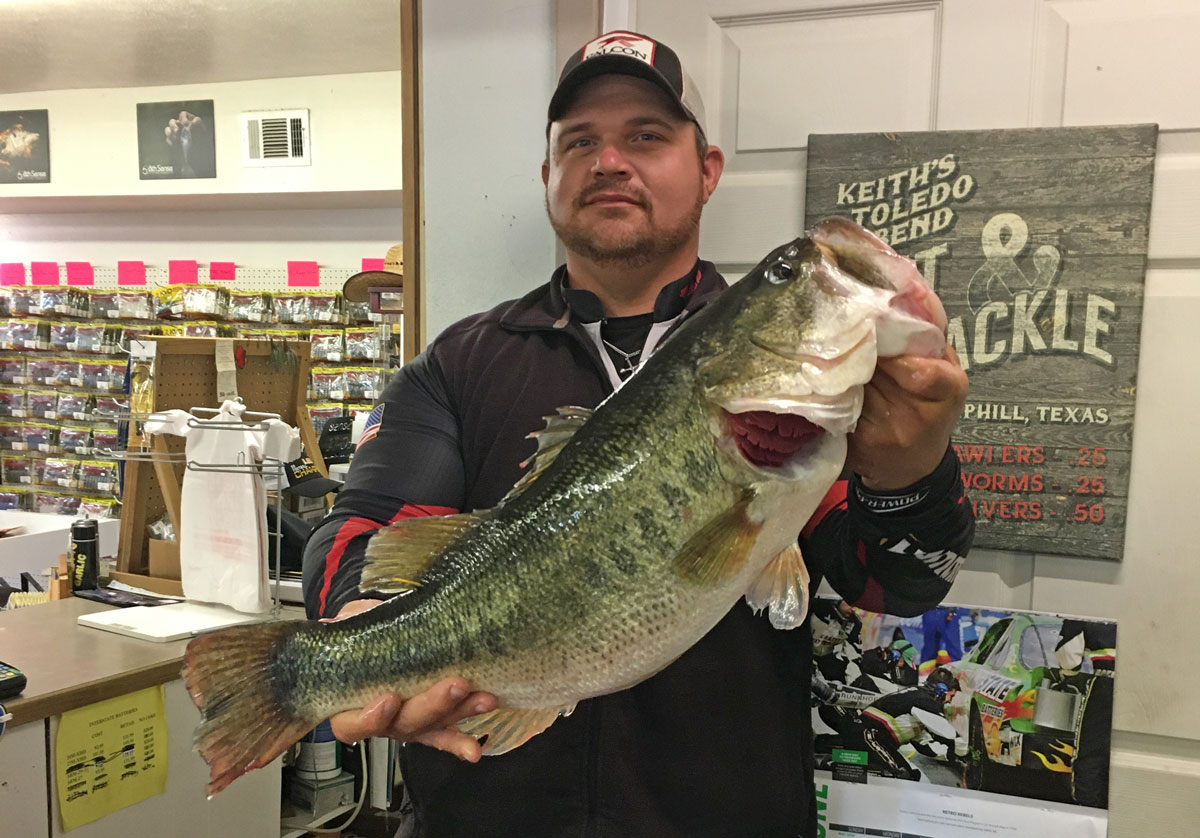 Woods, a 35-year-old construction worker in the oil and gas industry from Many, La., wanted to pre-fish for a bass tournament on Lake Sam Rayburn on Tuesday, Nov. 17, but after idling around in the fog for a while, he decided to put his bass boat back on the trailer and headed to Toledo Bend.

He put in at a ramp off Rt. 21 next to Keith’s Toledo Bend Tackle in Hemphill, Texas, and ran to an offshore hump in Carrice Creek, where his second cast with a jig turned into a 10.25-pound largemouth, the second-largest bass of his life.

“I started at Rayburn, pre-fishing for a tournament, but it was so foggy, I left,” he said. “I idled around for about 30 minutes. Then I came back to Toledo Bend, put in, pulled up to my first spot, and caught her on the second cast.”

Woods was fishing a 3/4-ounce, black/blue Denny Brauer structure jig with a Rage Craw trailer, dragging it through some wood and brush, when the fish made her move about 10 minutes before 8 o’clock.

“She thumped it, real hard — about pulled the rod out of my hands,” Woods said. “It took a little while to get her up. She was heavy. I didn’t have to fight her for that long, but she put up a good fight.

Woods’ big fish was 25 inches long, with a 19-inch girth. He pulled out a set of scales and didn’t even wait to see a final number.

“When I saw it hit 10, I didn’t even wait for my scales to lock up; I put her in the livewell and headed back to Keith’s,” he said.

Woods filled out the paperwork to enter his fish in the Toledo Bend Lunker Bass Association’s program. He will receive a replica mount of the fish, which was released alive back into the lake.