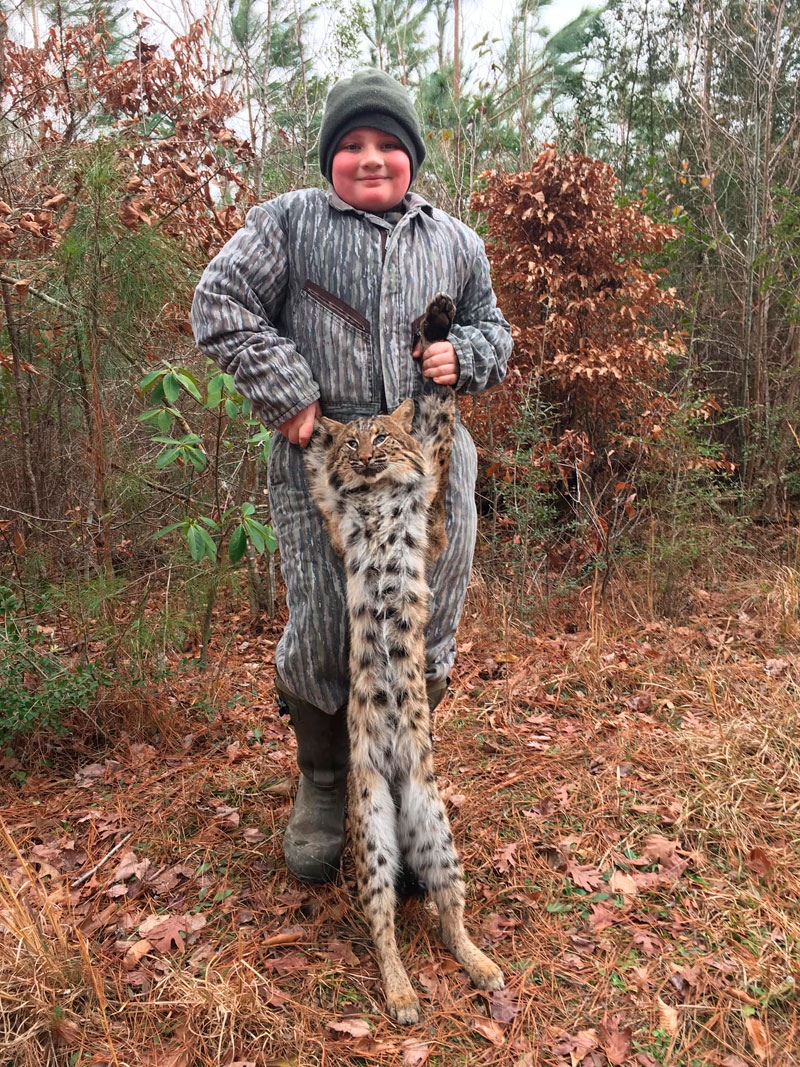 Colton Taylor, 11, aka “Trapper C” is the son of Colby and Lyndi Taylor of Olla, La., and a 5th grader at Olla Elementary. He is an outdoor enthusiast and loves to hunt and fish, but his true passion is trapping. His grandfather, Mickey Roark, started taking him and showing him how to trap when he was 5 years old. By the time he was 6 he was setting cage traps all over the yard catching possums and raccoons. As he got older he began to be able to set and bait small foot traps to try and target other species, and eventually caught his first grey fox. Getting a better understanding and knowledge of trapping he wanted to learn to catch bobcats, coyotes, and beaver. He worked hard during the summer months working for family, selling eggs at the local farmer’s market, and saving birthday money to buy more trapping supplies. By the time he 10 he was able to set larger traps to target the more elusive species. Shortly after his 10th birthday, he caught his first bobcat, a 26-pound male. A week later he caught his second bobcat, a 22-pound male. Shortly after he caught his first two coyotes. His grandfather told him he was now officially a trapper. Since then he has gone on to catch more coyotes, hogs, foxes, bobcats, raccoon, possums, and most recently successfully snared his first beaver. He is passing on his love and knowledge of trapping to friends and family, and is videoing a lot of his adventures and can be seen on his YouTube channel, Trapper C Outdoors. 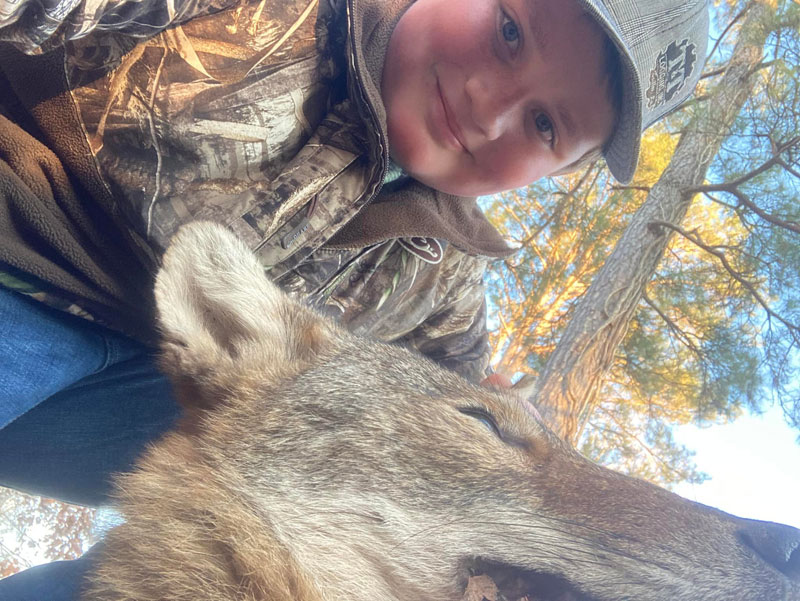 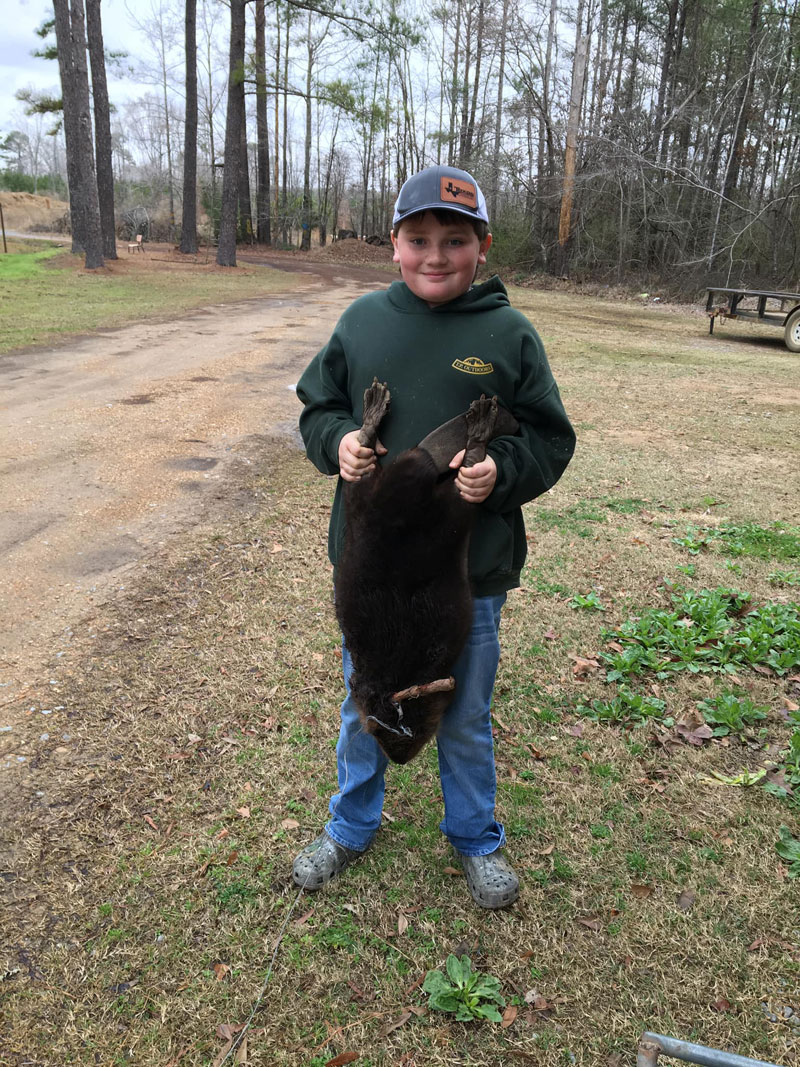 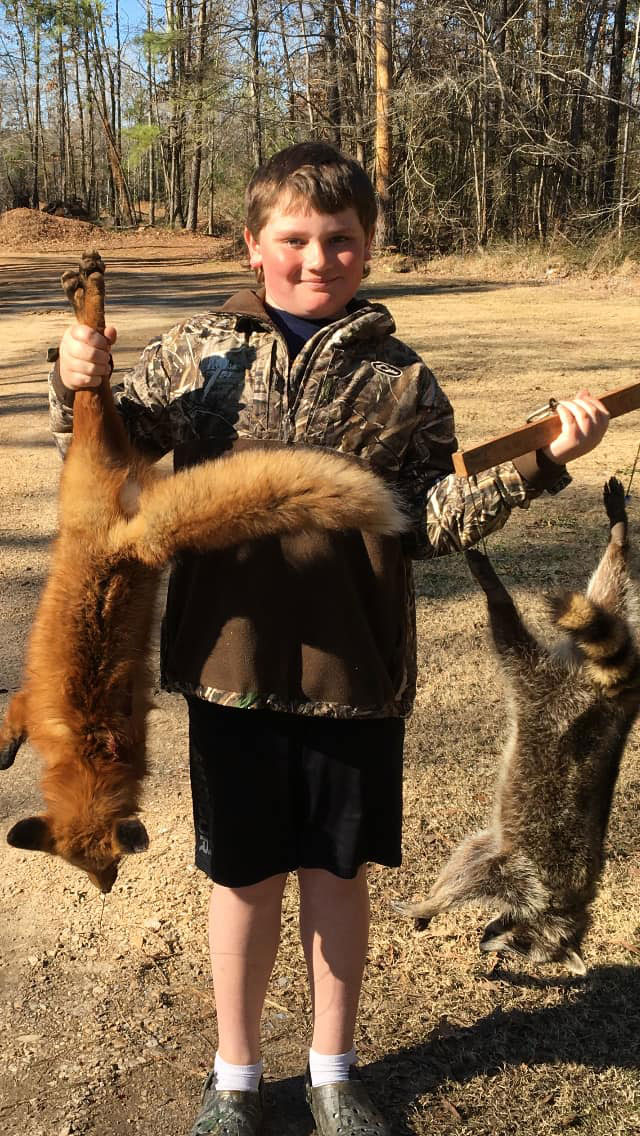