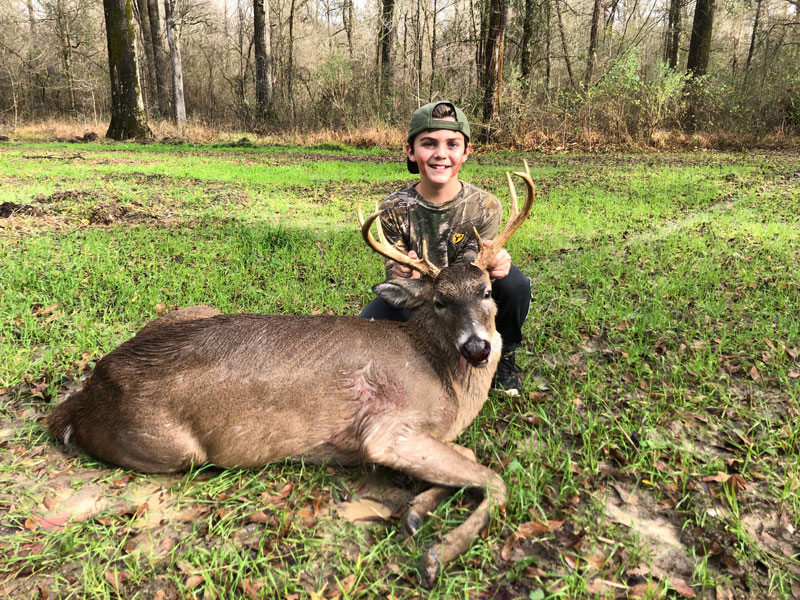 Stewart Haddox of Baton Rouge was patient all season and it paid off. He shot his first deer in January, 2022. It was a big Tensas Parish 8-point. And he got an extra surprise in addition to taking a trophy as his first deer. He and his father, Adam Haddox, got to the stand early because deer were moving. They hadn’t been there 30 minutes when the big buck walked out in the food plot about 75 yards away. Stewart dropped the deer where it stood with his 7mm-08 rifle. While they were waiting about 20 minutes to make sure it was down for good, things got a bit intense. A big black bear weighing around 250 pounds also saw the deer and walked straight out of a thicket to the downed deer. It took a lot of loud noise and his dad getting down from the stand to finally scare the bear away and let the young hunter claim his trophy.