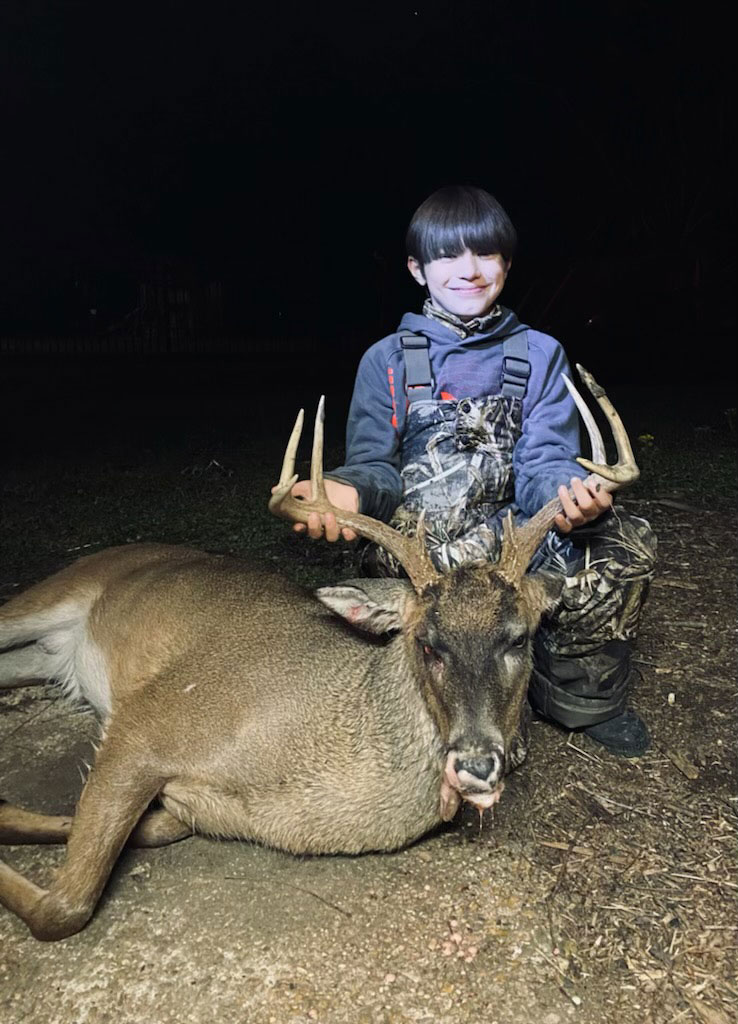 Ten-year-old Mason Pierre of Plaquemine shot his first 9-point buck in West Baton Rouge Parish hunting with his dad and little sister on Jan. 9, 2021 at 5:36 p.m. Mason let a 6-point walk earlier. Then he saw a doe come out about 180 yards on the canal bank and a buck walks out following the doe. The buck followed the doe towards the edge of the canal and then started walking back toward the woods. Mason picked up his .223 and put the crosshairs on the deer and shot. The buck dropped in his tracks.

Mason’s dad watched the deer and saw that the buck rolled down the hill about 15 feet and went in the canal.  Mason’s grandmother saw the deer fall and was walking towards the deer.  The dad told her to keep an eye on the deer in the canal and walked back to the Polaris and went get Mason’s grandfather and some rope to get the deer out of the canal.

Meanwhile, the deer floated north and then started floating south with the current. The dad came back with rope and tied a hammer on the end and started throwing the rope to catch the deer. Once the deer was hooked, he pulled him to the bank and tied the rope to the Polaris and pulled the buck up the canal bank. The buck weighed 201 pounds and has 17.5-inch spread. Mason made an impressive kill shot of 180 yards on the 9-point.