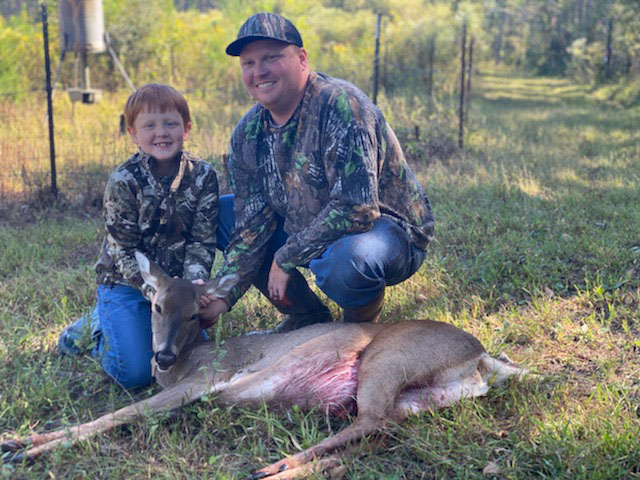 Jackson Langton killed his first crossbow deer on Oct. 16. He shot a 6-point that they were unable to find for three days even after bringing in dogs. But the shot hit the 6-point and ricocheted in about a 45 degree angle and hit this doe. His great uncle, the principal of his school, her husband, their son, their dog and his father looked for about 3 hours to find her. She was only about 150-200 yards away from the feeder. Jackson’s grandpa did find his 6-point about three days later. Jackson got two for the price on one on his first shot at a deer with a crossbow. His grandfather did the mount on his 6-point. 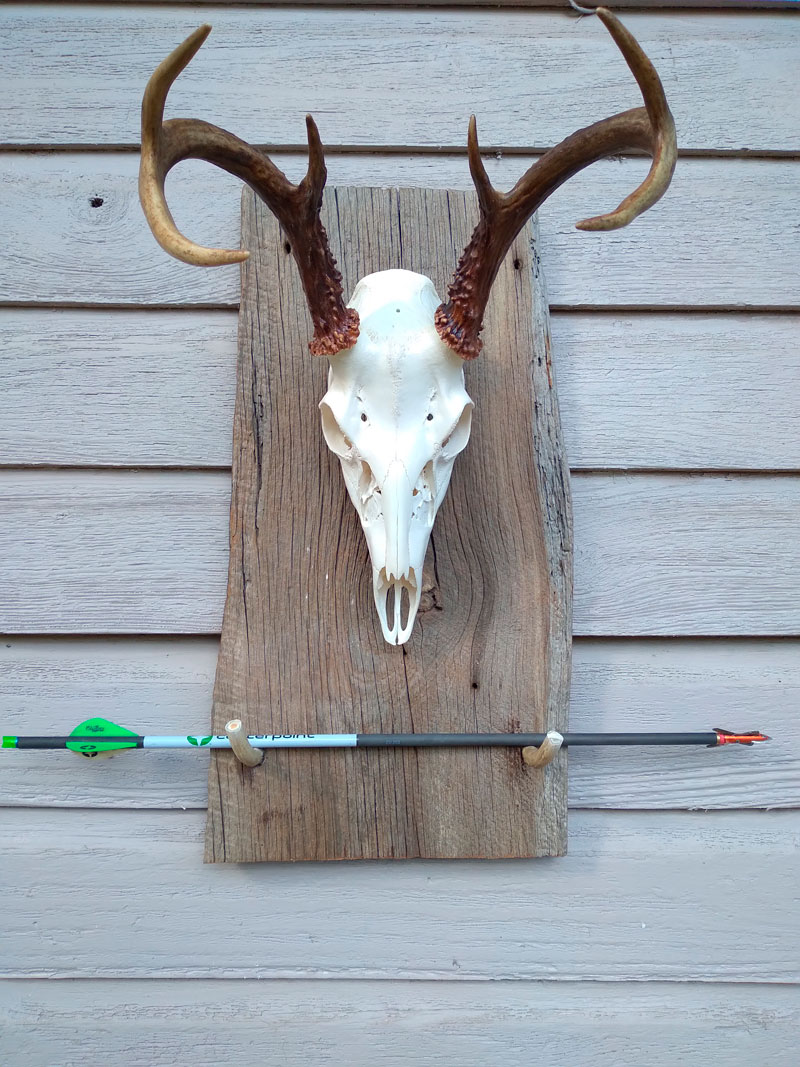