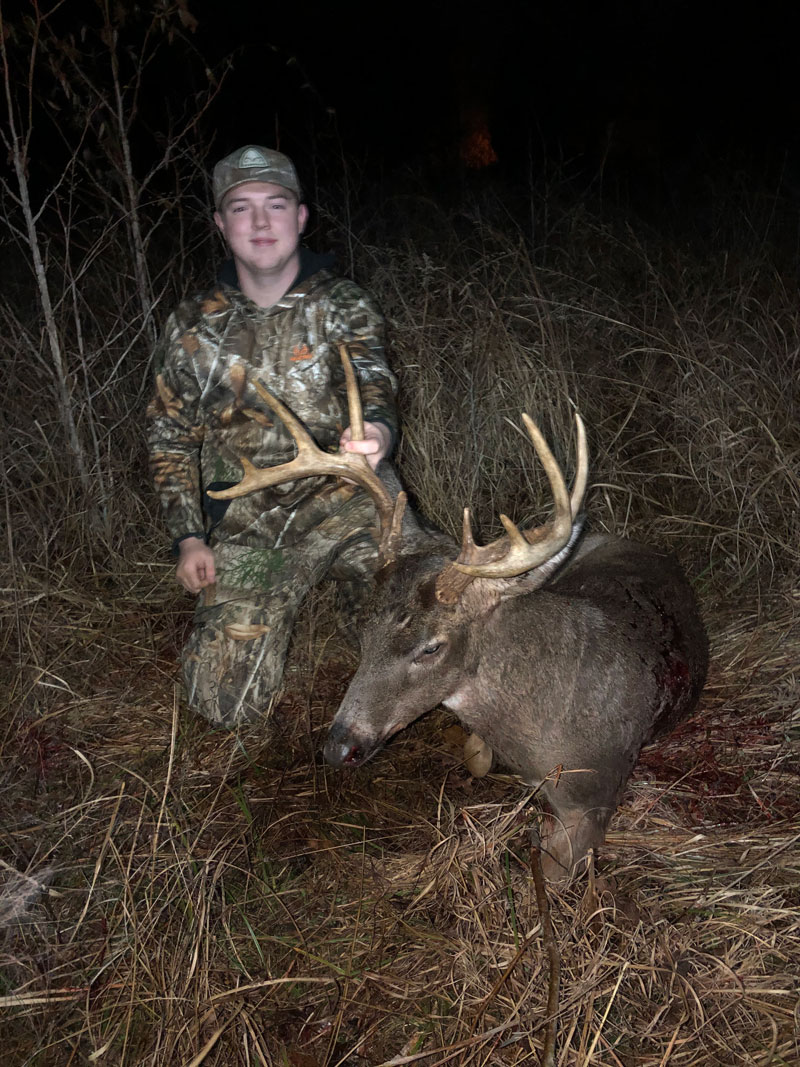 Hi my name is Haiden Pruitt, I live in Simsboro La. I decided to give bow hunting a shot this year! My brother got into it last year and told me that I would love it! I didn’t have anywhere that I could bow hunt at so I asked around and my grandparents own a small little acre of land right in the middle of town off of highway 80 next to the highschool! They told me I could hunt there so I put up some trail cams and got pictures of does and some small bucks nothing big, but I was so exited that there were deer out daytime! Season came around as I passed on a lot of does as spikes because I wanted to wait for the rut to come around to see if anything would show! About three weeks later I get a pic of him at 3 a.m.! I figured he was just a traveler that I would never see again, but then a week went by and he started showing every night! I had three encounters with him in daylight but every time he was 50 to 60 yards away from me! I moved my stand to the other side of the spot I was hunting hoping this would help! Then he decided the next morning to come out where I was set up the day before!! I was heartbroken, I thought I made the wrong move and messed up my season! Then December 23 came and I got off of work at 4:00 p.m. I got home and ran to the stand and got on the stand at 4:35 p.m., I didn’t think I was gonna see anything I spooked two does coming in. But then 15 minutes later he comes sprinting in and stops at 5 yards from me! I drew back and smoked him right behind the shoulder! Me and my buddies went and tracked him and found him 50 yards from my stand! I laid my hands on the biggest buck of my life and my first bow kill! He has 10 Scoreable points, 210 pounds and a 20 inch spread! I’m getting him mounted so I’ll remember him forever! Thanks!