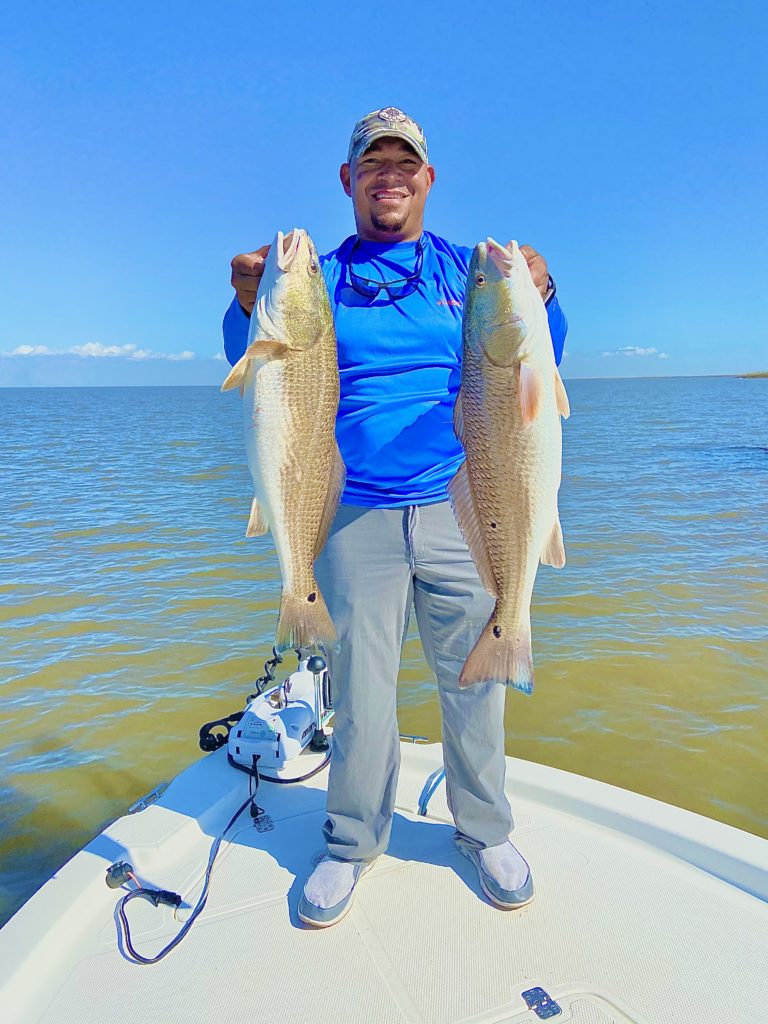 Story:
On the morning of November 22, 2020, my fiancée (Chasity Reed) and I headed out toward Marsh Island in hopes of catching a few specks and redfish. The plan was to fish early for speckled trout and then try for redfish mid-morning after the sun was able to warm the water up a little. The winds were fairly light out of the east, the tide was falling, and overall an enjoyable day to be out on the water. We arrived at the first spot a little after 7:00 am and we saw a few other boats and some birds working in the area, so I figured we would have some luck with specks, however we were unable to get any bites. It seemed like we threw every artificial lure type and color we had in the box, but still no luck and no bites. After some time, we left and headed to another spot to try for specks with no luck as well. Just before 10:00 am, I decided to find some shallow water and focus on trying for redfish. Since we were fishing a falling tide, I figured we might have some luck fishing marsh drains. Focusing now on redfish, we switched from artificial lures to dead shrimp under a popping cork. As we approached the first drain, I made several casts around the mouth of the drain and sides and still no bites. However, our luck changed when I threw a cast near the back of drain and I landed the first redfish which measured 26 inches. We tried again casting in several areas around the drain with no luck, but we caught the 2nd Redfish casting near the back of the drain. At this point, I knew we had something going and we focused exclusively on that exact area. The bite was on and this is where the fun began! It felt as if we were against the clock as we did not know how long the bite would last so we needed to keep our lines in the water in an attempt to catch our limit. From that point on, we caught redfish on every cast, almost instantly as the bait would hit the water. The only requirement was that you had to throw in that exact spot to get a bite, and when you did it was an instant bite, along with some fun fighting them all the way to the boat. We were able to catch our limit of redfish within about 45 minutes and all within that same drain. It was one of the most memorable and exciting fishing trips that I have experienced and sharing it with my fiancée made it all the better!

Baits to use for bass feeding on ultra small baitfish