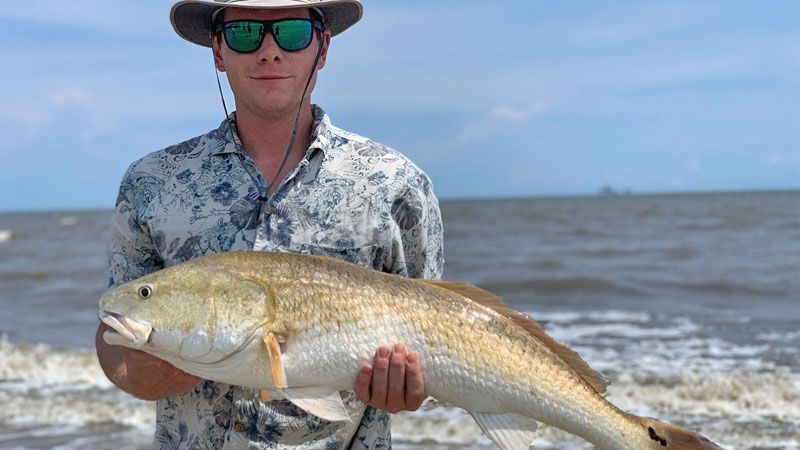 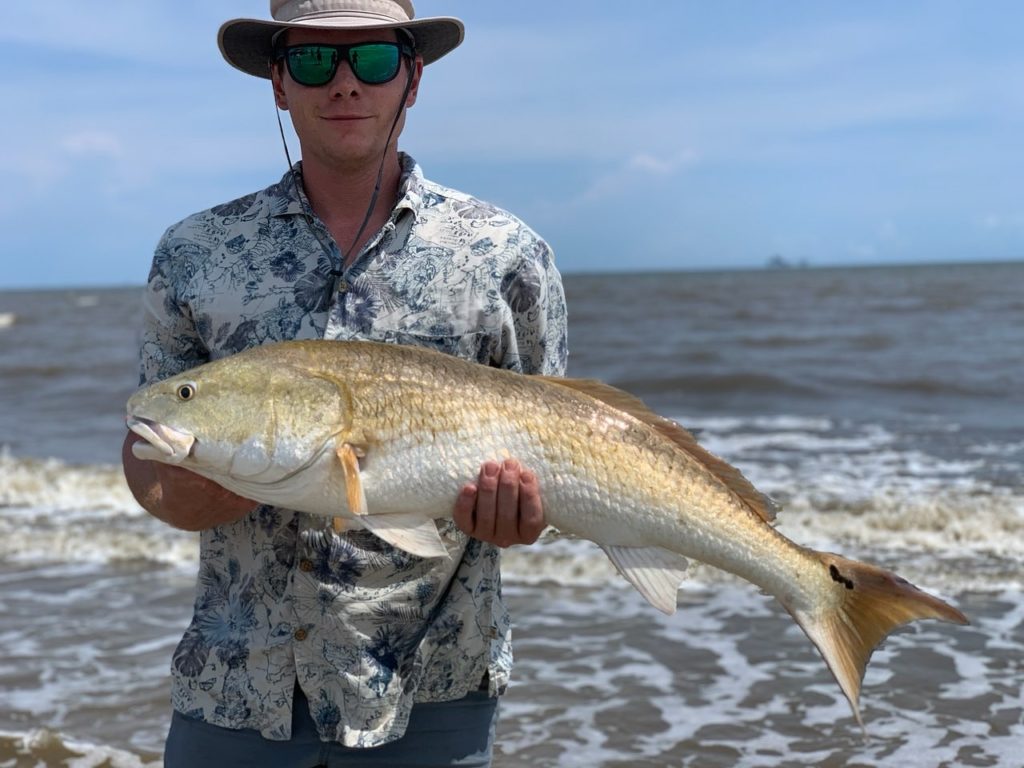 Alex Hammers, of Oge’s Rent-All, had something slam his surf rod at Holly Beach seconds after casting out bottom rigged cut mullet, despite enduring a full day enduring persistent crabs, hard heads, and other bait stealers. As friends anxiously waited for the fish to be identified and landed, a flash of gold appeared in an incoming wave, mere feet from the breakers. “It’s a red!” Alex proclaimed with nerves of steel as it was now apparent that the fish was barely hooked. Finally, the fish was landed and measured 34 inches. After a few pictures for proof, the fish was gently released in to the surf to hopefully bring happiness and excitement to another generation.