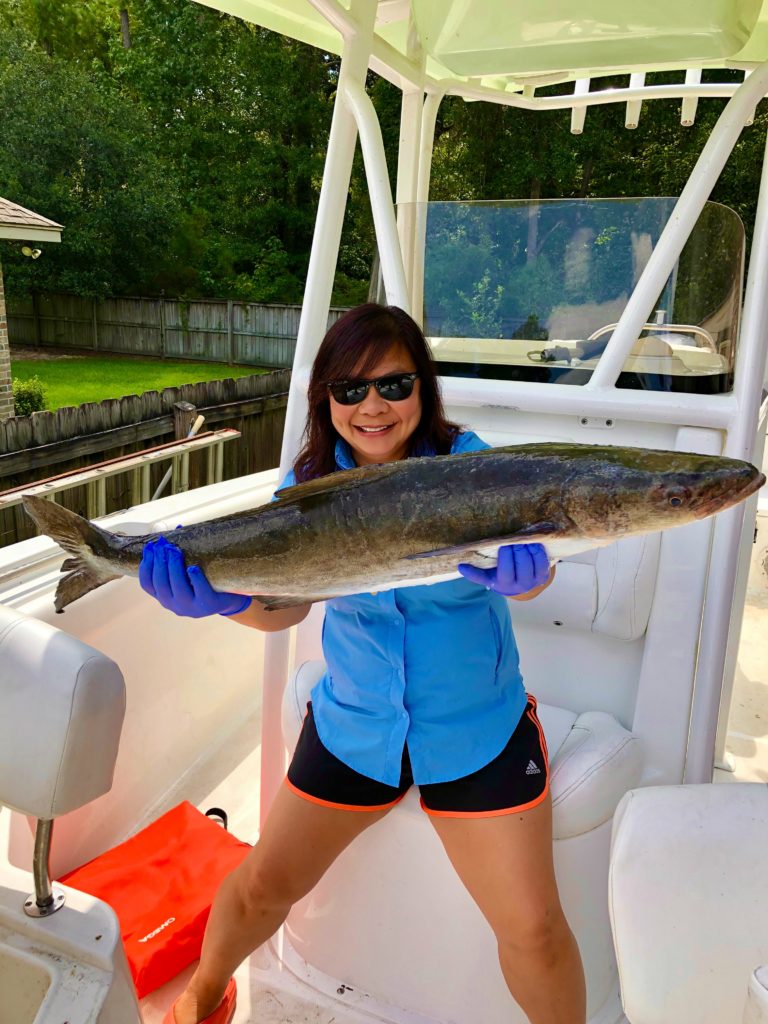 Sunday August 2 was a hot one, but my dad and husband wanted to go fishing. We headed out of Venice through Red Pass to the West Delta Rigs. I normally do okay when out with the boys but that day was special. It seemed like everytime my line sank near the bottom, I’d feel a nibble. The first fish I hooked and reeled in put up such a fight that I was convinced it was a shark. When it surfaced, my husband very calmly but excitedly declared, that’s not a shark, it’s a cobia. Not only was it the first Cobia (39 in) I’ve ever caught, it was the first Cobia landed in our boat, EVER. I then proceeded to spend the next couple of hours bringing in a pompano (also a first for me), a red snapper, a couple of mangrove snapper, a spade fish, and then this beautiful 34 in bull red! We called it earlier than normal due to the heat, but my day was complete. I felt like I caught an aquarium of fish! Enjoy the pics! —- Lieu Vo Clark