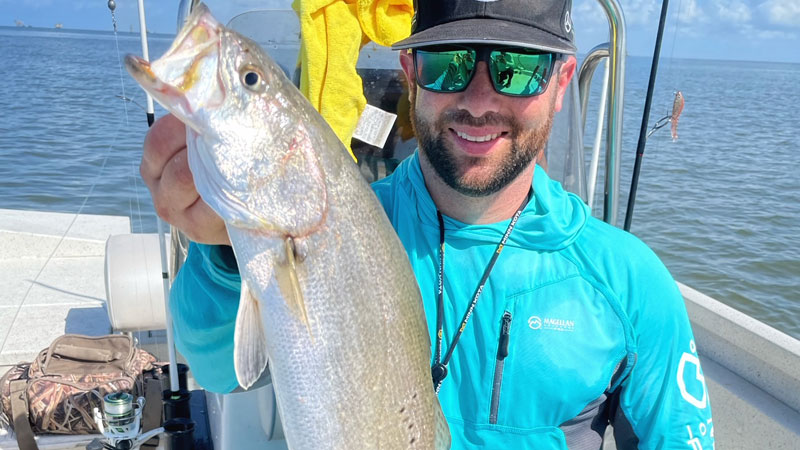 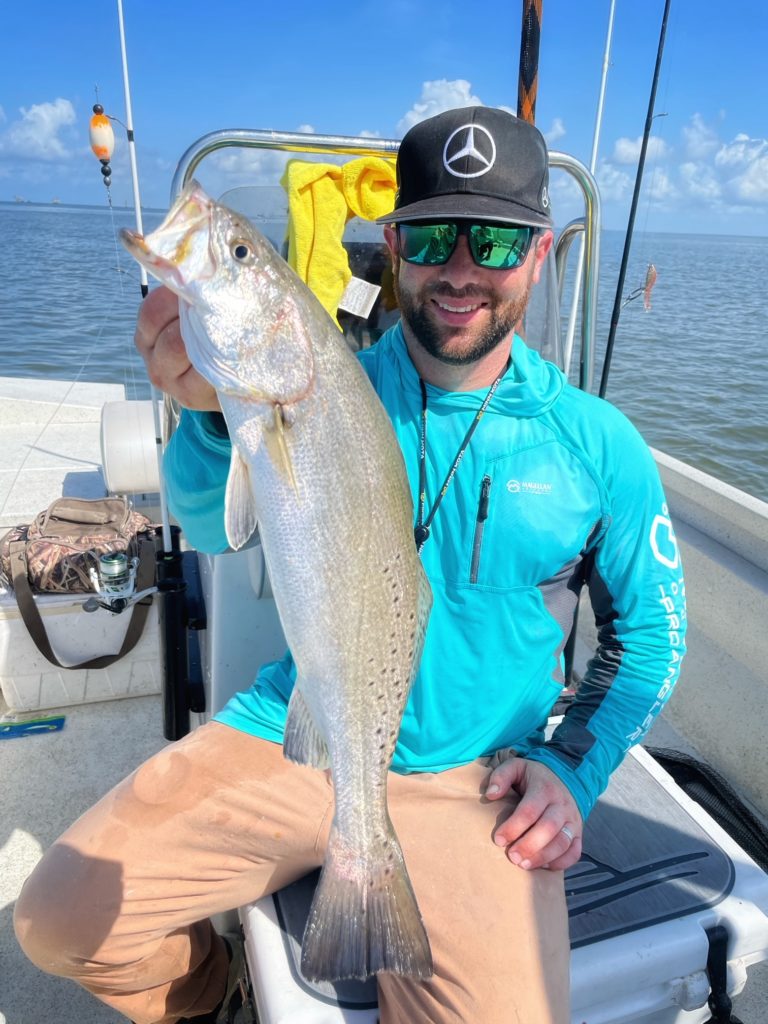 Zack Fields caught this big trout, along with his limit, in Delacroix on June 17 using a Limbo Slice Matrix Shad and 5/16 Deathgrip Jighead.

“Launched the boat from Sweetwater Marina in Delacroix around 4:30 a.m. on Friday, June 17, 2022, to beat the heat and catch the trout before they passed out from spawning all night. I had about 10 spots marked. I figured the trout have pushed out to higher salinity water since it’s needed to spawn. I marked sunken islands using Google Earth and some older rigs. I uploaded my safe routes to my Hummingbird GPS unit and felt confident that I could find them. The game plan was to stick and move until we found them. The wind was almost non existent so I was able to run further out thankfully. I pulled up to the first spot that had produced for me last year around this time and fished for about 20 minutes only picking up one 17-inch trout before I made the call to move. I figured the trout may have pushed out earlier this year because we caught trout at this spot in May of this year instead of June like previous years . Pulled up to the second spot which was a sunken island and fished the outline of the island I uploaded to my GPS. After about 15 minutes the bite turned on. We caught 55 trout in the same spot in about 8 feet of water. The bite died and we trolled some more to let the spot cool off when we returned we were able to finish the limit. All of the trout were quality, above 15 inches, most were around 16-18 inches and they were smashing it. All trout caught on Limbo Slice Matrix Shad using a 5/16 death grip jig head.”

Jacob and Laken with a bull red

Jacob and Laken Zaunbrecher with a bull red caught out of Hackberry.