Investigation began after five freshly killed deer were found under a bridge in Plaucheville, LDWF says

Enforcement agents with the Louisiana Department of Wildlife and Fisheries cited two Avoyelles Parish men for alleged hunting violations after receiving a tip about five freshly killed deer found dumped under a bridge in Plaucheville.

An investigation led agents to Brice Rodgers, 19, of Plaucheville and Brandon Prothro, 39, of Simmesport, who both were cited for taking over the daily limit of deer, taking deer from a moving vehicle, taking deer during illegal hours, taking deer with an illegal weapon, possession of illegally taken deer and intentional concealment of wildlife.  Agents also cited Rodgers for failing to comply with deer tagging requirements, according to a news release.

When they arrived at Rodgers’ residence to question him, the news release states agents found two more untagged deer in ice chests. Rodgers told investigators he harvested those deer during the primitive firearms season, but had not tagged them, according to the release.

In the course of the investigation, agents determined that Rodgers and Prothro allegedly killed three deer at night on Nov. 16 with a .17 caliber rifle plus one with a crossbow — all from the road out of a truck, the release states.

The men allegedly kept the deer at Rodgers’ residence, until deciding to throw them over the bridge because they were concerned LDWF enforcement agents were investigating their illegal hunting activity. 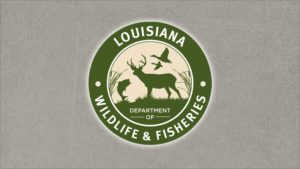