Over the years I’ve found one type of blade sharpener that has outperformed all others. And good news: it’s inexpensive, fits in your palm and only takes seconds to use. I’m talking about the double-wheelie sharpener.

From its looks, with two small hardened stainless steel wheels, many might think, no way will this little gadget work. Well let me tell you, it’s been the hunting item that I’ve used more than any other in the past few years.

A couple of years back, I switched to using the large concave Simmons Sharks broadheads for my traditional bow hunting. The curved blade made normal sharpening methods using files and diamond stones tough and time consuming.

Then, I saw this cheap wheel contraption and thought why not give it a twirl. To my delight, the wheelie had my Simmons Sharks in hair-shaving condition in seconds with its first few passes. I gave some of my older practice blades a spin and was completely shocked at how they were ready to hunt again. What I thought used to be a well-sharpened blade from my files and typical v-sharpeners didn’t even come close to the superior results I achieved using the wheelie in a fraction of the time. 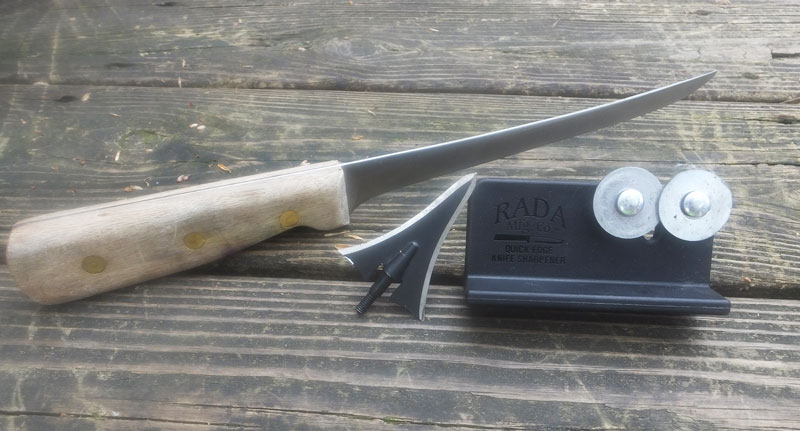 Even better, the sharpener worked on my normal stainless steel knifes and other broadheads better than all other methods. Even my used non-huntable practice pile of mechanical broadhead blades and thin Ramcat blades were transformed back into hunting condition.

It works well with large thicker blades too. I used it to resharpen my machete after cleaning many large alligator gar fish.

The $7 purchase on Amazon of this Rada sharpener has already paid for itself dozens of time over just with the lack of replacement blades I’ve needed to buy. Also, I don’t have to waste money on the more expensive knives. Those expensive blades do take longer to dull, but still ended up dulling. The cheaper steel knives work well with the wheelie-sharpener.

To use the sharpener is simple: I just hold the base of the sharpener firmly on a flat surface. Then, I run the blade centered between the two metal wheels in a motion coming back towards me. I hold the blade at a 45 degree angle from the ground to catch the back side of the wheels on a nice downward edge.

The wheels are constantly turning as the blade slides along which is different from any typical fixed V-style sharpeners. I find those wear out quickly since the same contact point is always being made with the blade. The two wheels on mine still look brand new on all 360 degrees after sharpening hundreds of knifes and broadheads. 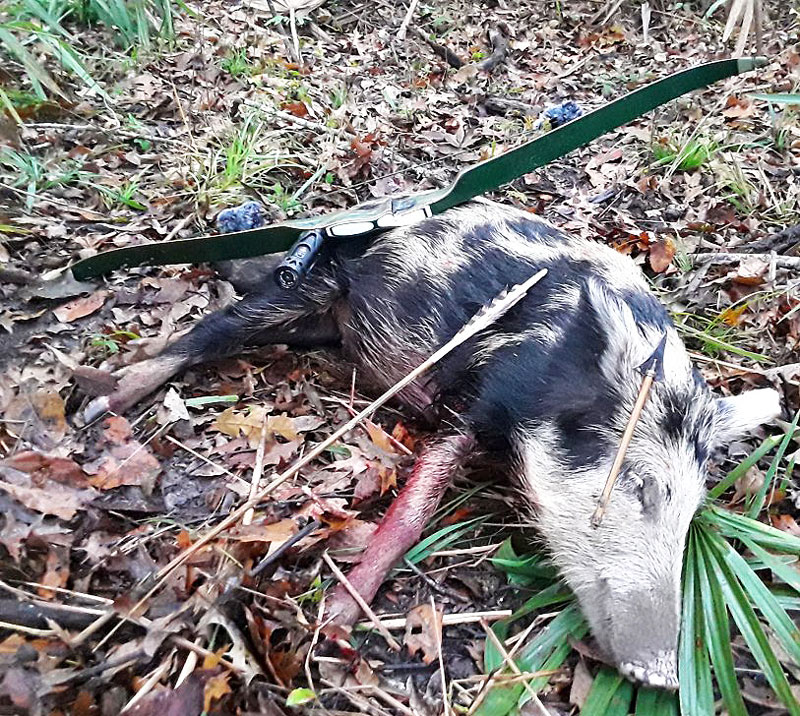 If the blade is dull or has minor dings, I’ll apply more force to the wheels for several strokes to begin. I’ll see the metal shavings from the blade fall with this step as a new edge is being formed.

After that I’ll repeat about 10 strokes at a moderate level of force. If the blade was already in decent condition and still sharp, I’ll start with this step.

Finally, I’ll run several ultra-smooth light strokes with the same backward motion. The motion or direction never changes, just the amount of force depending on how sharp the blade was.

I’ll rub all parts of the blade across my finger tip to feel for sharpness after each step. After the final step the blade can shave hair with no trouble.

After a weekend of hunting in my quiver experiencing the elements, I’ll touch up all my fixed broadheads with only the final step above before the next hunting trip. It really doesn’t take much time, but by touching up the blades before each expedition, I have full confidence to slice anything whenever the moment arises.

I take no chances with new broadheads either. I always touch them up before the first outing. There is often an extra sharpness felt from these sharpened blades versus the ones straight out of the packaging.

Some of the small broadheads may take a forward to reverse stroke to get the entire blade. Still I haven’t used a broadhead type yet that I couldn’t get back in razor condition in seconds with my wheelie sharpener. 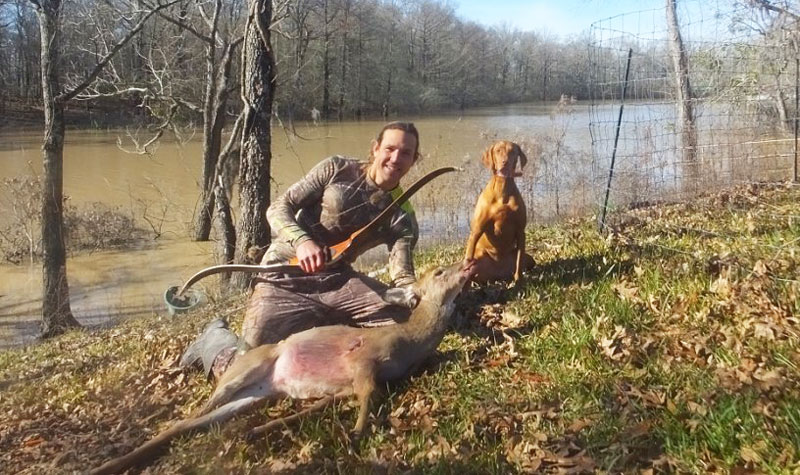 I’ve used my Rada wheelie sharpener for several years now and take it with me on every trip. It fits perfectly in my hunting bag and is very durable. It survived many backpacking trips in the Rocky Mountains and is still is perfect condition.

One day I took it in the kitchen and sharpened all of the cutting tools in the house. It took less than five minutes to make dozens of dull knifes into field-dressing capable razors. The only problem since then was with me being so used to the dull knifes; I cut myself numerous times when cooking and eating.

With over 50 public-land big game animals downed from the self-sharpened blades using my wheelie sharpener, I’m glad that I stumbled upon this magnificent little device. Who knew such a cheap odd looking investment would be one of the best hunting purchases I have ever made.