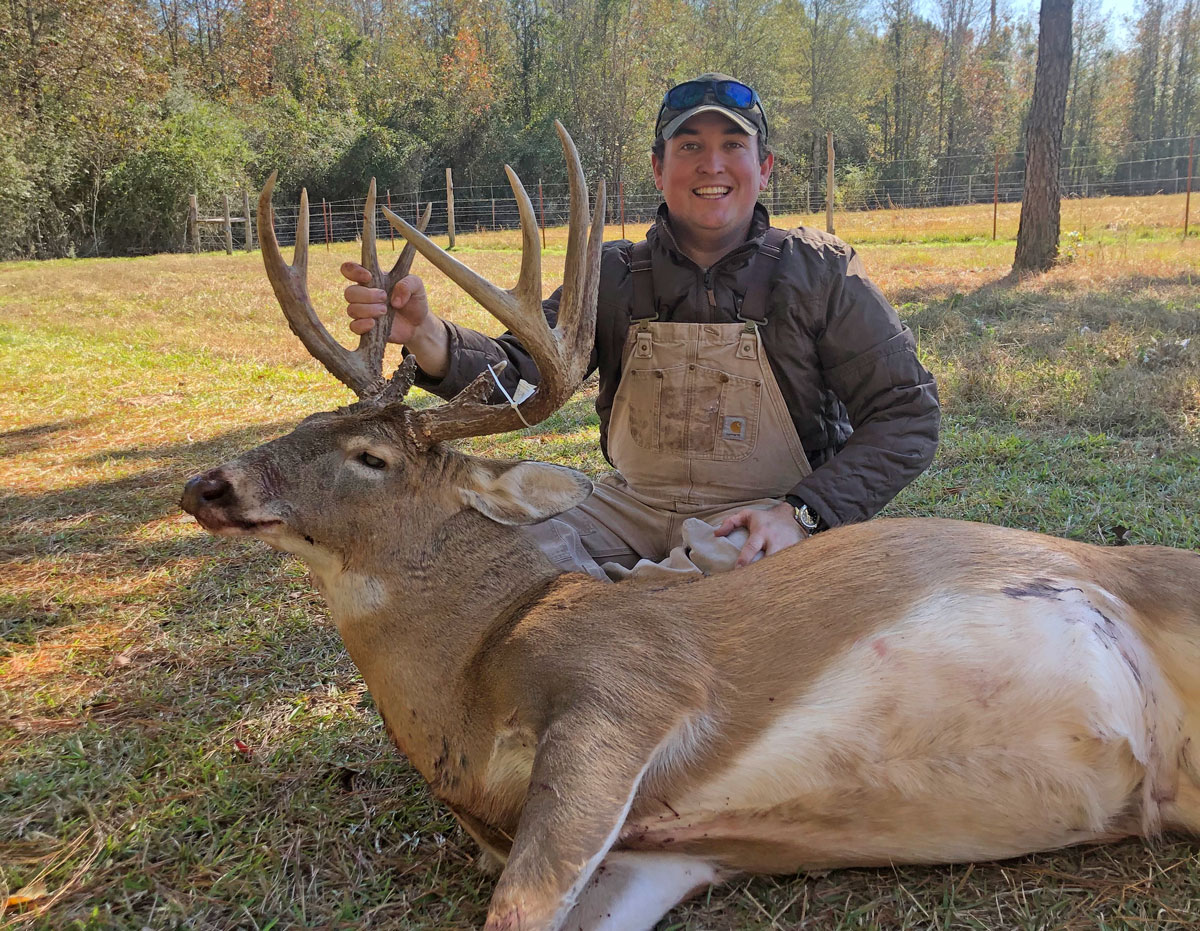 “My grandfather used to farm the acreage, but after he retired from farming we converted all but 30 acres of the farm to CRP and we planted trees,” Griffith said. “We have reserved the 30 acres to soybeans. We plant them not to sell, but for the deer to feed on and to harvest and put in our feeders year round.”

This field of soy beans sitting in the middle of a CRP, which provides excellent cover, has been a serious attractant to deer. Griffith reported having documented 26 bucks feeding on the beans this season, including the big 10-point he downed Dec. 1. In addition to the field of soy beans, the land backs up to the Red River, with rich soils making what grows there highly nutritious for deer.

Griffith reported how this property has paid off with big bucks down through the years. Since 2010, Griffith has 25 bucks mounted on his wall and all but three have come from this property.

“The buck I got was one of three I have been seeing on my trail cameras and have targeted for this season if I have a chance,” he said. “One of them with double main beams is in the 200-inch range. We had one measuring just over 200 inches taken off this property several years ago by a dentist, Dr. Jason Dupree, a friend of my dad.

“I had been working nights and I got off work around 5:15 the morning of Dec. 1. This buck had been coming out in an area where I don’t have a stand, so after going to my mom’s house to change clothes I drove to my spot and picked up a chair and tucked it back in the bushes near the area where he had been coming out.

“When I got there and sat down, the moon was full and bright in the western sky and I could make out the body of a big deer in the field. I couldn’t tell what it was but when it chased a doe off the field, I had an idea it may have been one of the big ones we have on the property.”

As daylight approached and Griffith was pouring himself a cup of coffee, he looked up to see a big buck step out at 138 yards.

“When I saw him, I knew it was one of the three I was after this season,” he said. “I shoot a Tikka .300 short mag and when I got him in my scope and touched the trigger, he flipped over and dropped right there.”

When Griffith walked down to where the fallen buck lay, he knew which one of the big three it was. The buck had a rack of 10 points, a 20-inch inside spread with 6 ½-inch bases with mass that carried throughout the rack and main beams of near 24 inches. The buck weighed in at a whopping 260 pounds and was unofficially scored at 174 inches of antler mass.