The morning of Sept. 10, around 10:30, Cody Stelly of Plaisance and his friend, Matt Aymond, gazed into the murky water beside their boat. What they saw was both a blessing and a challenge.

On the one hand, they had at least one alligator on a line in their 6-line set. The taught line they’d spotted during their approach had made that clear, even before they’d reached the gator.

But on the other, there was an 11 ½-foot alligator on the end of their line, and they wondered how they would ever haul the massive reptile onto the boat.

A first time for everything 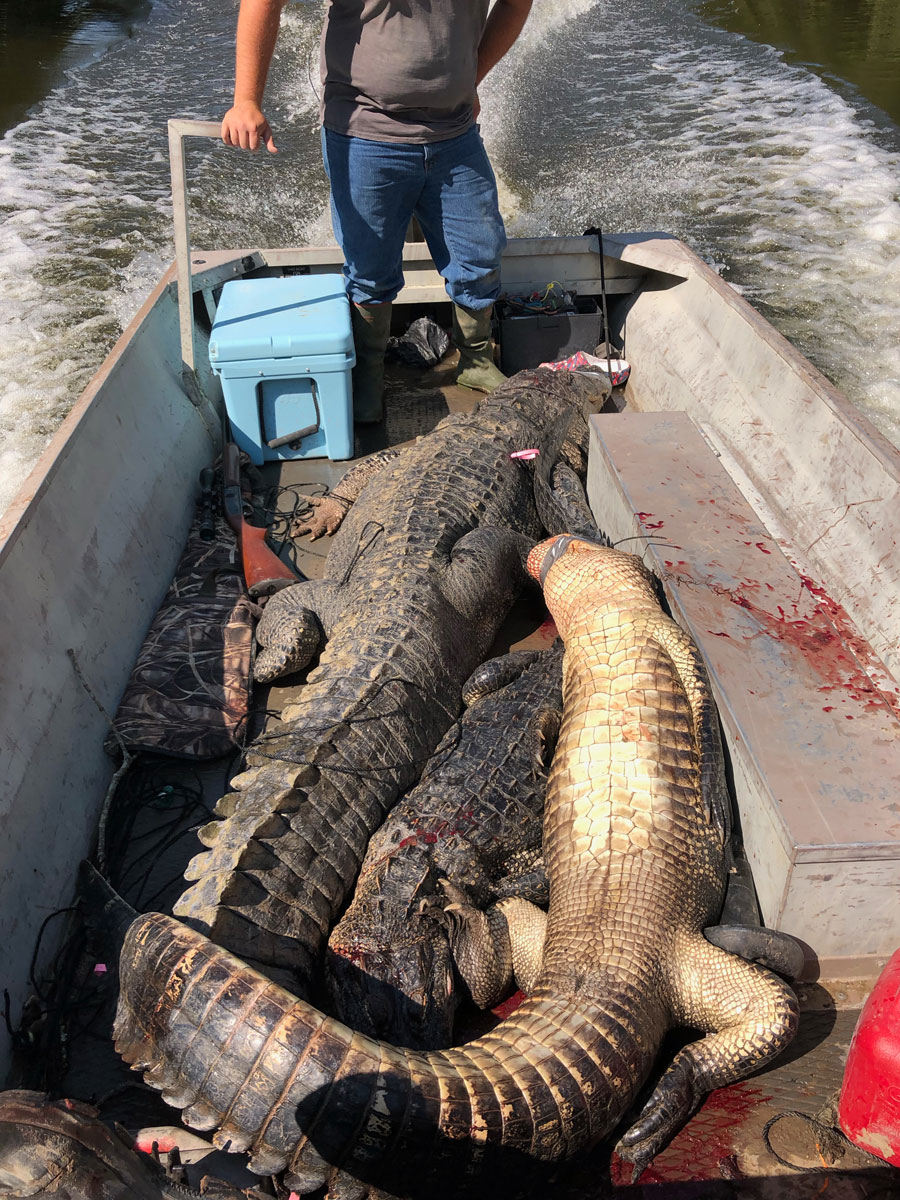 This is the first year that Stelly, 29, entered the lottery hunt at Sherburne WMA, and he felt fortunate to have been picked. The previous day, he’d set six lines on Big Alabama Bayou and was eager to get back on the water this morning. The huge gator was on the first line of the set.

The battle with the big gator went as smooth as butter until the crack of the coup de grace gunshot echoed off the trees and the gator spun up the set line like a yo-yo onto the bank. What would have been high drama on the History Channel was for Stelly and Aymond a Jurassic-sized problem, like a scaly puzzle wrapped in rope on the muddy bank.

“We weren’t expecting to deal with something like that,” Stelly said.

After each man tried and failed to pull, drag or roll the beast into the water, they decided to introduce a little bayou, can-do to the situation.

“We tied the alligator to the boat with a rope and yanked on it until it fell into the water,” Stelly said. “Once it was in the water, we were able to manhandle it onto the boat; it was an operation, for sure.”

One set down, five to go

“We were worn out, and ready to go to the house,” Stelly said, laughing. But the two men had five more lines to check before then.

As they made their way from set to set, they discovered three more taught lines, though one alligator got off before they could lug it to the boat. Despite the good luck of that particular crocodilian, Stelly had a nice haul, consisting of the 11 ½-foot alligator and two others, each more than 7 feet long.

“With the alligators in the boat, it took us about 30 minutes longer to get back to the launch than it had taken us to get out that morning,” Stelly said. “We were so loaded down.” 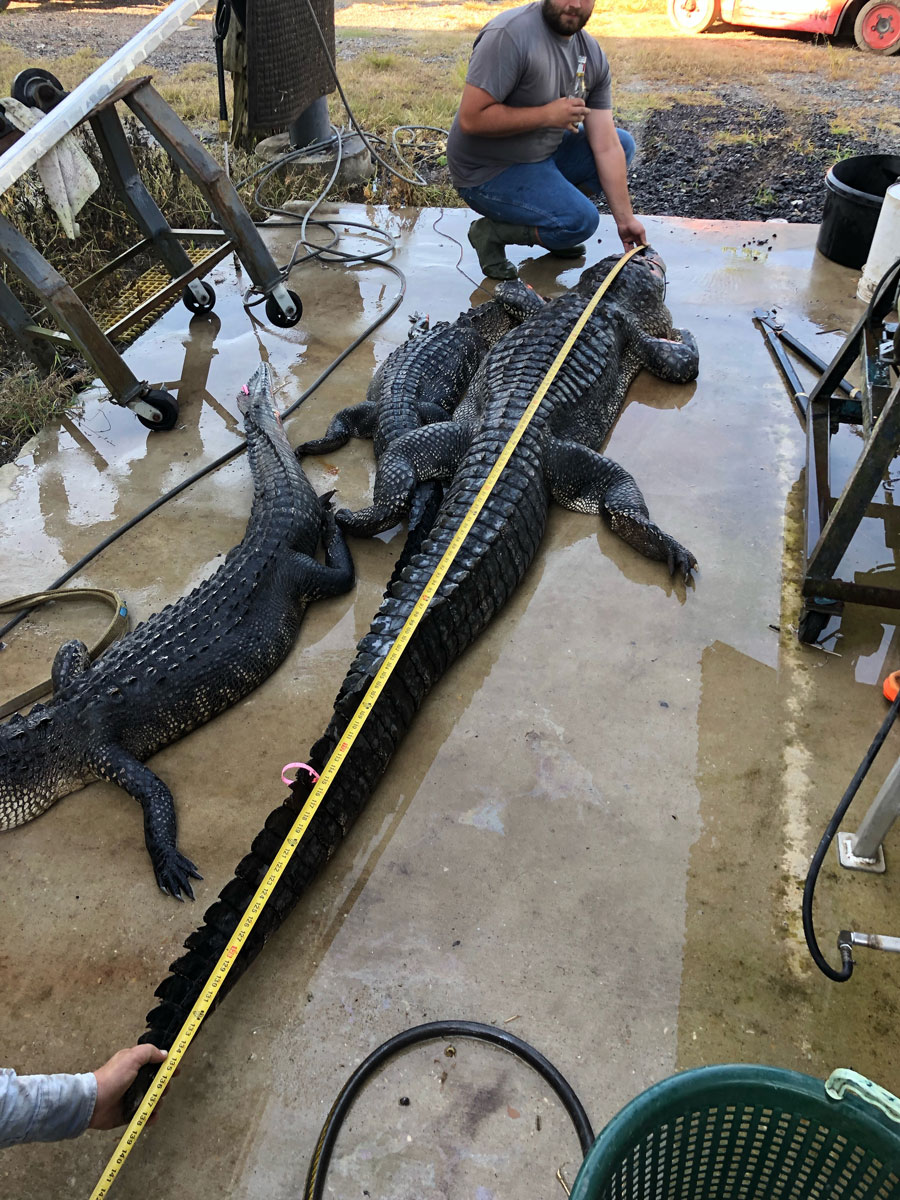 But as Stelly and Aymond neared the launch, they realized that they had another problem: How were they going to get the huge gator out of the boat?

“I had to call around to find (a friend) with a forklift or a tractor who could help me get it out of the boat,” Stelly said.

Luckily, he found one, and the alligators are in his freezer — halfway to delicious.

Stelly plans to enter the lottery again next year.

“It’s an awesome experience,” he said, “and if you’ve never put in for the lottery, it’s something to definitely try; maybe get your kids into it, too.”