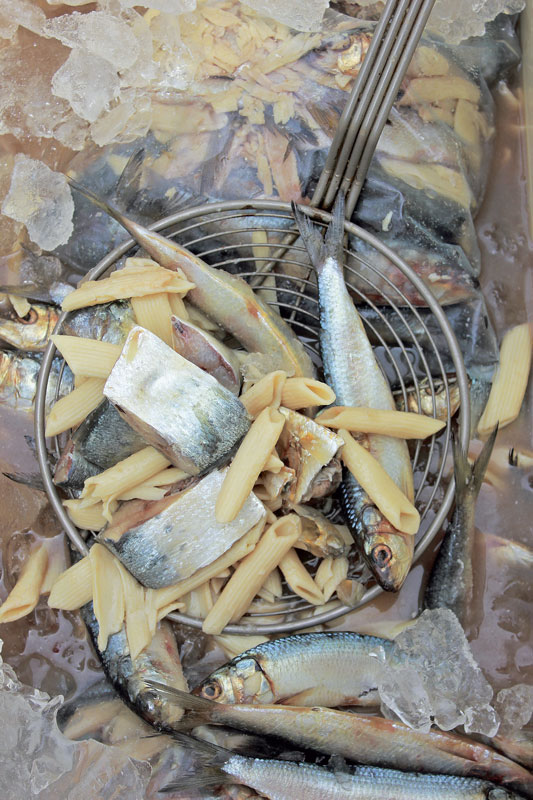 It’s what rings the dinner bell for frenzied mangrove snapper.

Years ago, when the strict two-per-man red snapper limit was implemented, anglers looked to other bottom fish to fill the box. Mangrove (or grey) snapper became a popular target. Today, with the same draconian red snapper limit in place and sky rocketing fuel prices, that popularity continues.

Anglers usually find mangroves easier to locate, with fish being caught in the first shallow water platforms they encounter all the way out to structures in several hundred feet of water. Better yet, anglers don’t have to search out the magic 200’ depth to find the big fish. Unlike their red cousins, when a school of mangroves is located, the big fish are right there with the whole pack.

There are a few catches, though. Their popularity has made this fish quite shy; they will quickly turn their nose up at anything attached to an apparent hook and line. When they are fooled, the feeling of a line sends mangrove bolting for the safety of the platform’s entanglement of structure. These are hard pulling fish and break-offs are common, particularly on the fatty’s anglers prefer.

George Cox of Slidell and Tre’ Haydel of Baton Rouge are serious about catching mangroves. They’ve developed a handful of techniques that put more fish in the boat and on tourney leader boards. They managed to place second in this year’s 2022 Swollfest Fishing Rodeo out of Grand Isle.

Chumming for big fish is hardly a groundbreaking technique. Just look how Jaws turned out. But these guys have put their spin on the classic technique — Penne pasta.

“The mangrove come running out from the rig with a fork and a spoon and they just gobble it up,” Haydel said laughing. “But really, the pasta is just a filler. It’s creating a bigger volume of chum in the water.”

Cox and Haydel start working on their “Pogie-Roni” dish before the trip. Haydel makes the noodles while Cox cuts up chum using his own version of a chum-cutter box. The pasta goes into a bait ice chest first, followed by the cut-up pogie. This mixture is at least 50-50 but can lean heavier toward the pasta than the chum. Top off the mixture with ice and let it rest before serving.

“As ice melts over the pogie the pasta is soaking up the juice,” Haydel said.

Where to make reservations

Most platforms will hold mangrove, but Cox and Haydel are looking for numbers of fish. Their goal is to use the chum to coax a school of fish out of the rig legs. They generally target older platforms or a grouping of interconnected platforms. Plenty of structure is a good thing. However, too much of a good thing can hurt because pressure matters.

Platforms that are regularly fished tend to have a lot of shark pressure and any shark will tell you that snapper on the hook is a delicacy. The chaos of fighting snapper will have sharks in the chum slick before you can get the first snapper in the boat.

“Just when you start catching, the sharks will come up. That drives the school right back into the rig and the window to try to catch those fish is gone,” Haydel said.

Cox is also particular about how the boat is positioned to the platform and how that is impacted by the current. The objective is to throw the chum into the platform and allow it to wash through the rig legs. Cox tries to set up a “catch zone” about 10-20 feet outside the platform. This gives the angler a better chance at keeping hooked mangroves out of the underwater snares.

Once Cox has the alignment right and the boat secure, Haydel pitches just a handful of Pogie-Roni on the outer edge of the platform. If the mangrove don’t show with the first appetizer then the duo is unhooking and moving to the next platform. They don’t waste chum on a couple fish. They want to see numbers for committing the entrée.

“Yeah, they‘re here,” Haydel says to Cox. “And a couple good fish. They got one good one.”

The tackle Cox and Haydel use is another key to landing more fish. Mangroves are stout and strong pulling fish. Once hooked up they are usually only feet away from their salvation — barnacle encrusted rig legs. Because of the ease at which these fish breakoff, Cox and Haydel don’t have the luxury to finesse a fish to the boat.

“You gotta give it everything you got to reel and pull the fish out of the rig,” Cox said.

Both guys are rigged heavy and set on full drag. They are geared-up with Ugly Stik jigging rods, ultra-stiff (60-100lb class). The rod is paired with a Penn slammer reel, 6500 or 7500 series. They use 80 pound test PowerPro braid, which is tied to 50 pound fluorocarbon leader with a uni to uni knot. They use a 5 to 10 feet length of leader.

“I like the Spanish sardines because it hides the hook so well. The sardine holds the hook but its soft enough to come when the hook sets. Sometimes pogie won’t let the hook pop out,” Haydel said.

The combination of fluorocarbon and a hidden hook is key. The fish, particularly after a couple guinea pigs disappear, can get spooky quick. The long invisible leader allows the hook infused bait to float naturally in the chum ball, avoiding detection from the pickiest of eaters.

With lines baited, Haydel bombards the platform with a heavy dose of the Pogie-Roni. The fish are on the mixture quickly and competitively, complete with fork and spoon. The water comes alive with flashes of darting fish and boils with whitewash swirls as more and more fish race out of the platform into the chum slick.

The pogie saturated noodles release the oils into the water. The size of the pogie and pasta bait ball quickly grows as the current pushes it wider and deeper. As the mangrove begin the frenzy to get a bite before the other, the fish pull further and further out away from the rig legs.

“The longer you keep the fish in a frenzy and out of rig, the better the chance you have to catch,” Cox said. “Sometimes you can put 10 in the boat or sometimes it’s two in the boat.”

In addition to adding volume of chum, the pasta also allows the angler to better track the chum and fish eating it. The color of the noodles is easily visible in stained to green water. That gives the anglers a better chance to pitch their baits so that the bait looks like part of the chum ball.

“Your job is to make your bait look exactly like the chum coming out of the rig,” Cox said as he pitched his skewered sardine toward a rig leg.

He’s intently focused on his rod tip and the small loop of fluoro coming out. Since the bait is floating naturally, the line is completely slack. As soon as the tip moves, it becomes an all-out effort to quickly take up any remaining slack. At the same time, pulling the rod to let the No. 5 circle hook do its work. Cox’s Ugly Stick completely doubles over.

While the rod is hyper-extended, Cox continues reeling and starts walking the fish toward the back of the boat. Haydel is on the other side of the bow and hooks up as well. It’s a brief moment of pandemonium with water thrashing on both sides of the boat. Each guy gives the other a guttural play-by-play on the fish. But neither is listening to one another as both Cox and Haydel sound like they are trying to pry a car off a small child.

This is where the heavy tackle pays another dividend. With no “net man,” each angler is on his own. The big snapper are never allowed any drag. Instead, Cox just uses the momentum he’s generated to fling the fish over gunnel. Haydel does the same thing right behind him.

Observing the spectacle in real time, it almost looks like 9 pound snapper are jumping in the boat.

Summertime is snapper time and if your red snapper limit fills up too quickly, don’t be shy about targeting their bronze cousins. Try stretching your pogie budget with your favorite pasta.

Mangroves have a generous 10 per man limit. But there are a few things anglers should be aware of before heading offshore. First, in addition to a standard saltwater license, anglers are required to get a Recreational Off-shore Landing Permit (ROLP). This is a free permit and available where licenses are sold. Make sure to check the Louisiana Wildlife and Fisheries Recreational fishing pamphlet (https://www.wlf.louisiana.gov/) for the other specific details on fish types, how to measure size, and catch methods.

Also, anglers are required to have and use tackle that is designed to prevent fish mortality. One dehooking device is to be on the angler’s boat. Also, standard J-hooks cannot be used when fishing with cut bait; non-stainless steel circle hooks are required instead. Check out www.wlf.louisiana.gov/page/best-fishing-practices for techniques to increase survivability when releasing bottom fish in the Gulf.