While fishing offshore with John and Katie Duplass of Pelican Charters on May 8, four fishermen from Missouri experienced nirvana on the water.

When the trip was over, Jimmy Brown, Todd Merseal, William Tucker and Derrick Dell posed for a picture on the Venice docks with six yellowfin tuna, two blackfin tuna, and a 168-pound swordfish they’d hung to taunt the neighbors.

But they brought back more than a respectable haul; they brought back a story about how a hundred variables swung their way, about an experience so pure and fundamental that years later they might hum Heart-Shaped Box and taste the sea. 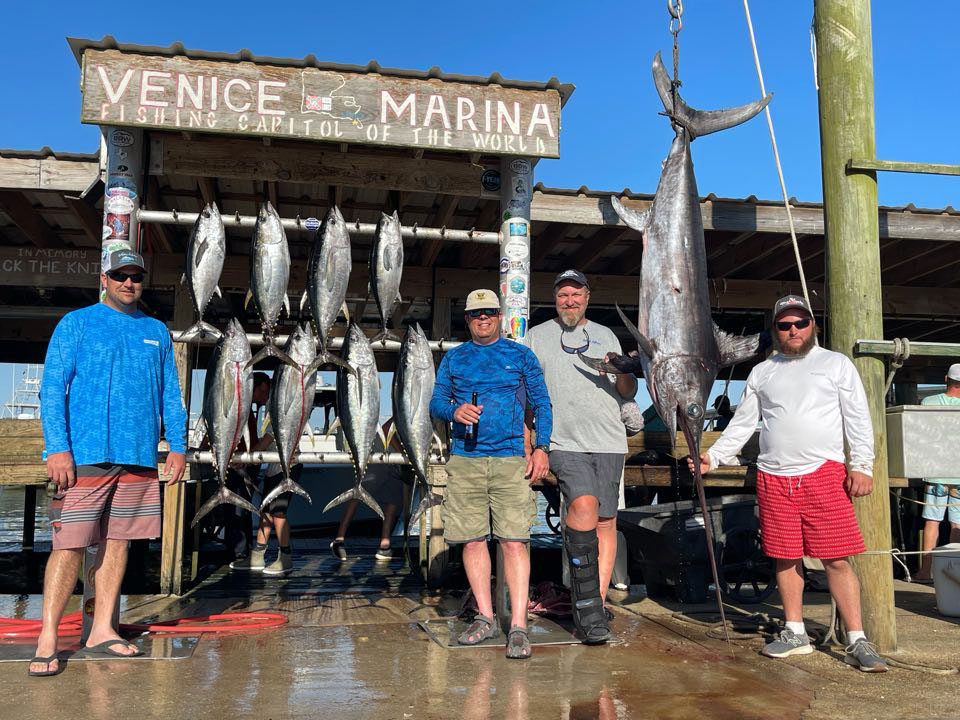 “Nobody could get bait that morning,” Katie Duplass said. “We had 30 or 40 pogeys after 45 minutes of throwing the net, and we were about to (give up).”

It was after 8 a.m., and the group needed to get offshore, but the Duplasses decided to give it one more shot. They moved closer to the beach, and spotted a school of baitfish.

“John threw twice and caught 200 pogeys,” Katie Duplass said. “So we got pretty lucky on the bait-side.”

She said that fishing for tuna had been tough for several weeks because of terrible weather, rough seas and seasonable changes, causing fishermen to look for swordfish.

“It’s that transition period into summertime,” she said. “Bait’s hard to get.”

Luckily, when the group arrived at the tuna rig, the bite was on, but sharks were also in a feeding frenzy.

“That made us angry,” Katie Duplass said, laughing “catching sharks in 3000 feet of water.”

But even the sharks couldn’t break the bite.

“The water was calm, and when we got to the rig, we were hooking tuna left and right; it was a fantastic day of tuna fishing,” she said.

By noon, the boat had six yellowfins and two blackfins on board, but trouble had arrived in the form of a big, blue marlin.

“We marked the marlin really good two or three times,” Katie said. “Usually, when the marlin come in, the tuna dive deep and the bite shuts off, and that’s exactly what happened.”

“I was stoked about the six yellowfins and two blackfins because of the way the fishing’s been,” she said. “But it was 12 o’clock, and we couldn’t go back to the dock at 12 o’clock, you know?”

The Duplasses suggested that the fishermen pivot to targeting amberjack or swordfish. “None of them had ever caught a swordfish,” Katie DuPlass said, “so we headed for the sword grounds.”

The offshore trip was the 22nd birthday present of one of the fishermen, Derrick Dell of St. Clair, Mo., who was on the rod when the big swordfish bit. 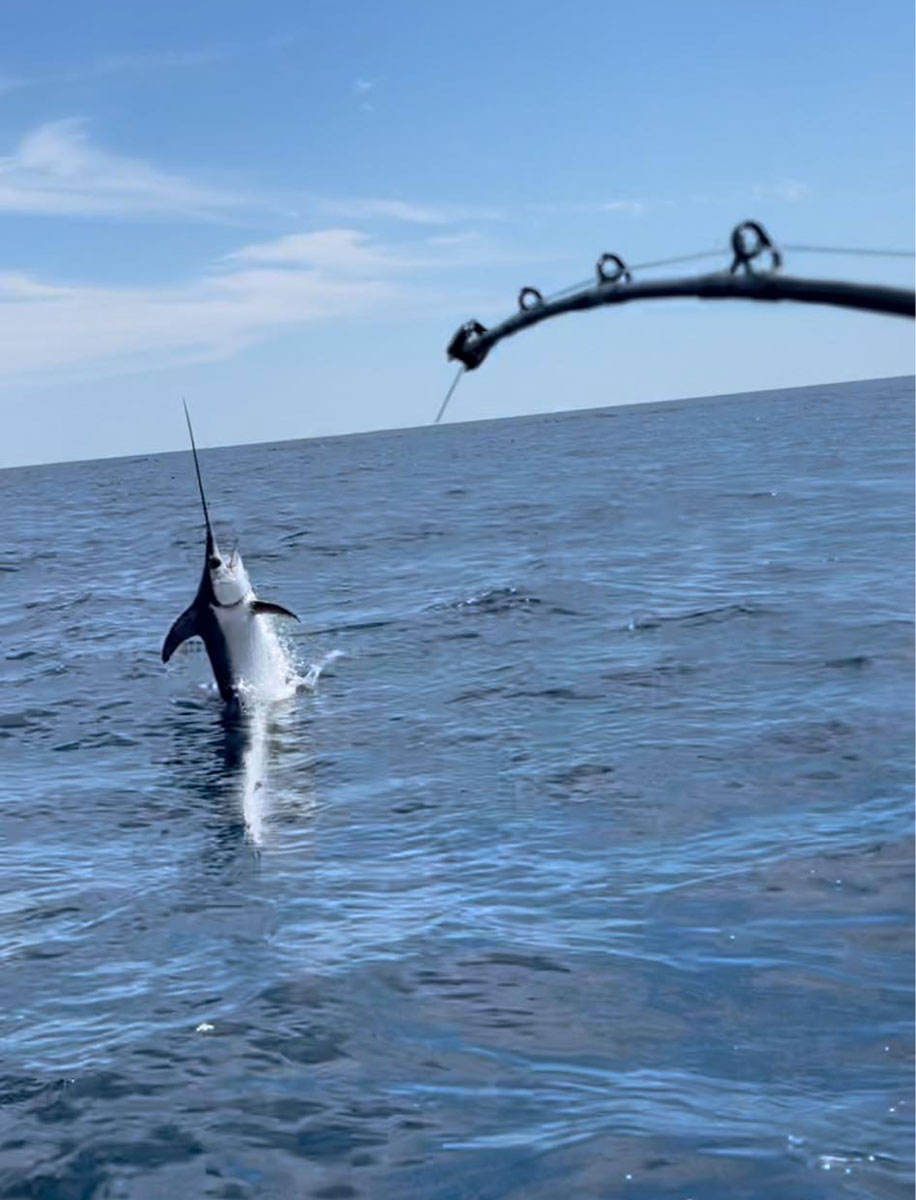 “They told me that last year was his 21st birthday,” Katie Duplass said, “and he was unable to do anything to celebrate because of COVID; that’s why this year, they were trying to make his birthday a little more special.

They had baits down for about 30 minutes when the action started.

“We noticed that the rod wasn’t bouncing (normally); it was a slower bounce; so John put the boat in gear to drag the bait,” Katie Duplass said. “We literally hooked the swordfish with the boat. It was insane. Once we got the weight off, the swordfish made a killer jump about 20 feet from the boat and then, he dove straight back down.

“So I belted him up, and then he fought that fish for an hour-and-a-half.”