Scott Woodward, the fisherman, is so into all things Louisiana that he’s been known to head out to cash in on a limit of speckled trout in the morning, then hitch a ride to snare a couple of red snapper that same afternoon.

Scott Woodward, the hunter, is like most of his ilk who can’t wait for a run at migrating waterfowl during the continuing run of 60-day duck seasons.

So, you would be right to think of Scott Woodward as an outdoorsman first — well, second to being a family man — and all else would come in a distant third.

‘Cept Scott Woodward has one of the most high-profile jobs in his home state.

See, he’s the LSU AD, as in Athletics Director. But you probably already know that.

Woodward came home three years ago — to LSU and Baton Rouge and Louisiana, that is — after spending four years in Texas and, previously, at University of Washington. Those are the places where he cut his professional teeth in running a big-time college athletic department. No point in listing successes in those places, because you can search the web for that.

After two years surveying the LSU landscape, Woodward made his move pretty much the same as he does when he goes fishing.

“I guess there are parallels there,” Woodward said amidst a laugh. “Never thought of it like that.

Amidst those decisions searching for leaders in LSU’s three most visible sports programs, Woodward, like tens of thousands of his fellow Louisianians felt the sting of Hurricane Ida.

Even when he was far off in Washington and Texas, Woodward had a place in Pointe Fourchon, the upscale fishing community between Leeville and Grand Isle.

“We’re OK there. There was some water damage (to his place) from the storm, but I made out better than some others,” he said. “We’re in the midst of repairs and, hopefully, the camp will be ready for the trout season in April and May.

“But, Pointe Fourchon is far from being ready as a community, and it’s going to be a slow road to get back to where it was before the storm.”

In the intervening days between football coach Ed Orgeron’s agreeing to step down and hiring Kelly, a handful of head coaches across the country received raises and contract extensions when other ADs realized Woodward was on the prowl.

If Woodward could’ve doubled as an agent for those coaches, he would’ve had more than enough to repair his Pointe Fourchon digs, and more than enough to hire fishing guides. He said he fishes often with charter skipper Aaron Pierce, likes fishing Terrebonne Basin waters and his favorite lure is the Matrix Green Hornet.

No matter. Woodward said he’s overjoyed to be back home. 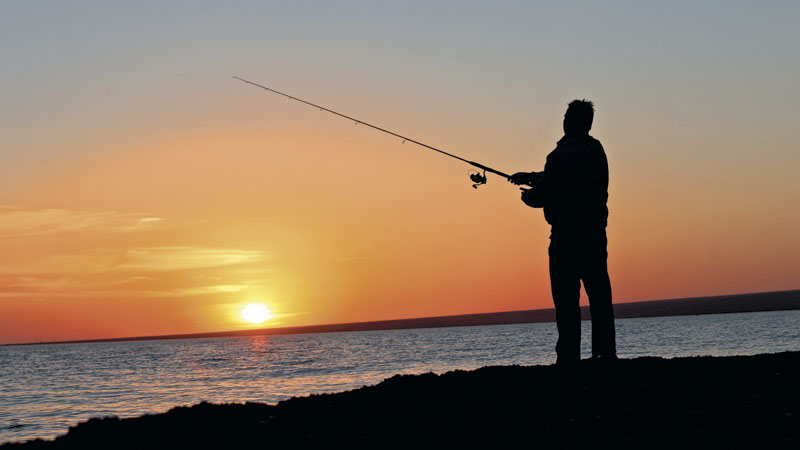 Back on the bayou

“When opportunity knocks, well, it was like old Bear Bryant leaving Texas A&M and going back to Alabama because ‘Mama is calling.’ It was a hell of an opportunity to get back to the place that transformed my life,” he said.

Woodward’s first step into the world of higher education came when Mark Emmert was named to head LSU. Woodward was one of Emmert’s vice presidents.

“I learned an enormous amount from Mark Emmert, that you always aspire to what’s possible when combined for my love for LSU — it’s my university — and he was a guy who saw so much potential and greatness here,” Woodward said. “It’s dealing with people and problems versus the way we’re doing it, and what could be, a vision for what’s possible.”

While he’s positive about the direction of LSU’s sports programs, he said he’s worried about Ida’s effects on his fishing landscape and said he first feared that lots of fish were killed.

“But I have a friend who’s a crabber and he updates me on what’s down there,” Woodward said. “From what he says, it’s bordering on the spectacular. He’s seeing a ton of trout, and the lack of (fishing) pressure while everyone is trying to recover will have a benefit of a good (fishing) season.”

That’s when he stopped, thought a second, and said, “You know technology helps me do the two things I love,” and intimating cell phones and laptops allow him to keep in touch 24-7-365.

“My love of the outdoors and love of LSU are intertwined,” he said. “Fishing and hunting help keep life balanced. There’s a peace you find on a boat and in a duck blind.”

There’s another parallel: “It’s like what we have in Louisiana’s outdoors,” he said, “…that LSU is so strong, the people are so strong in their support, and both are so special that it’s hard to screw it up.”