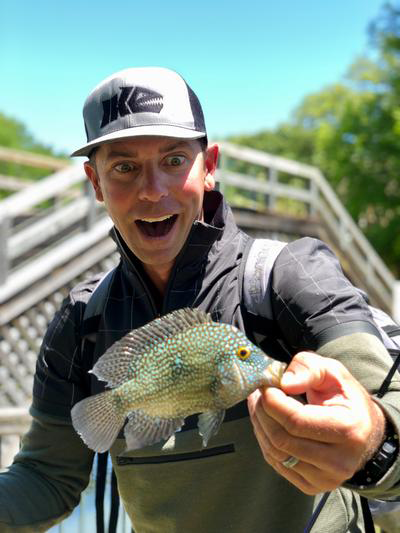 The second episode of “Fish My City” with bass pro Mike “Ike” Iaconelli airs tonight at 9 p.m. on Nat Geo Wild — and the featured urban area this time around is New Orleans.

The six-part series, which premiered on Oct. 12, follows Iaconelli on a global search for the world’s most iconic fish — living alongside some of the world’s busiest concrete jungles, including New York City, Miami, London, Austin and more.

Promotional material for tonight’s episode, entitled “The Ragin’ Cajun,” says Iaconelli set out in pursuit of the Big Easy’s three most iconic fish species. A promo for the episode shows Iaconelli fishing in City Park, holding a Rio Grande cichlid. He also visited Lake Pontchartrain and fished the MRGO.

“It won’t be easy, as he must deal with a fearsome prehistoric predator that can grow to 10 feet long, challenging weather conditions and unusual events happening in the city’s flood control system,” according to the show’s online promo materials. “To complete his bucket list he’ll need to explore New Orleans’ many urban waterways and revisit the scene of his most important tournament win.”