The bank around Jake’s Boat Dock on Lake Farmerville was lit up with red, green and white boat lights an hour before daylight. Eighty boats with 160 excited high school fishermen began to congregate there, along with a few other folks. The year was 1975. It was the morning of the first-ever documented high school bass tournament.

Things were pretty organized for such a sight. It was getting close to daylight and we had checked in most of the fishermen. I was talking on the bullhorn to tell them we would be easing off the bank, one at a time, in just a few minutes, the big boats first, smaller boats last. Just as we talked about in our pre-tournament meeting and seminar two nights previously.

Helpless on the bank

Enter one of those “other folks,” a member of a local bass club, which was also having a tournament that day.

He stood up and yelled, “LET’S GO” and well, you know what broke loose.

And everybody did. All at once. Boats of every size and shape started heading off in every direction. I was helpless standing there on the bank with my little megaphone. Stop. Come Back. Wait. Nope. I never found out who yelled that. I don’t want to know now. But man, what a blast-off. Thank the Lord, nobody got hurt. And things changed drastically in future years.

Today, Louisiana lakes and lakes around the country are filled with high school bass fishing competitions. Big money is on the line, mostly in the form of college scholarships. You want to know a little known story about where all this madness got started?

You just got a glimpse of where it did. I guess we were ahead of our time. I was a 23-year-old sports and outdoor writer for the Monroe newspaper, a year removed from college, when we came up with the idea of a high school fishing tournament joking around late one Friday after a hectic night of high school football.

Bass fishing was becoming the rage and tournaments were becoming popular. The Ouachita Bass Club had formed and was the first official bass club organized in the state of Louisiana. I had already fished in my first Bussey Brake Bass Club tournament. I loved fishing. Several of us were talking about fishing that midnight when a sports story came across the AP wire about the formation of the new World Football League (WFL – laugh if you are old enough to remember….). We joked about what might come next.

Out of the blue, I said, “Well, I guess high school bass fishing tournaments.” We all had a good laugh, but the idea didn’t go away. The next spring, there we were, lined up and on the lake bank.

Today, high school and college bass fishing have taken off like a spaceship to Mars. There are two major fishing organizations sponsoring youth fishing, the Bass Anglers Sportsman Society (BASS) and Major League Fishing (MLF). It’s too big to even go into here, so I’ll just go backwards again. 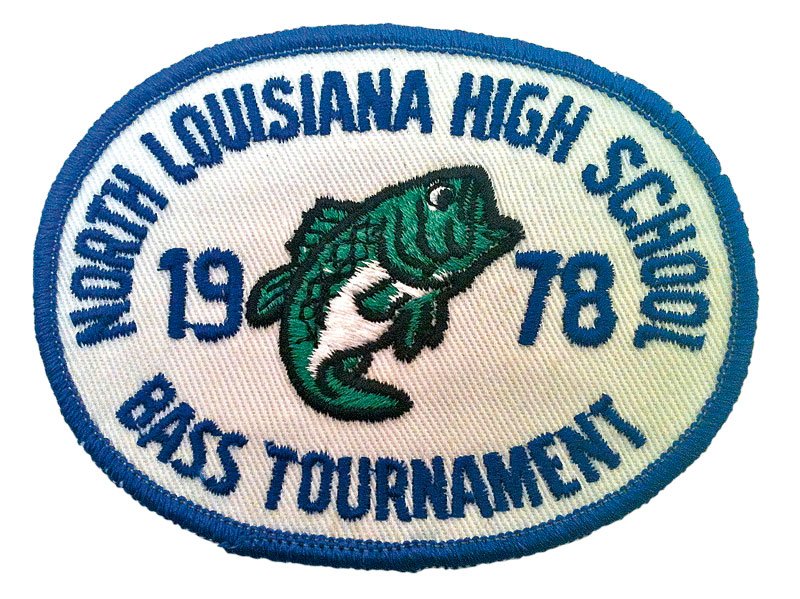 The stories of the early days on Lake D’Arbonne are too numerous to share. That first tournament, I looked up and saw two boys who entered the tournament and had driven over from Rayville. They had never been to D’Arbonne, but were standing there with their fishing gear asking if anybody knew where they could rent a boat. There were none available. They fished off the bank a while, but I never saw them again.

The next year we moved to a safe inlet across from Jake’s, had patrol boats from the Louisiana State Police and LDWF, and shoved boats off one at a time, after daylight. After everyone cleared out, we noticed one boat still pulled up to the bank. “Mr. Kinny, we sunk,” the boat driver said. How many of us have also forgotten to put our plug in the boat? They salvaged their fishing gear and some good Samaritans helped us get the boat dipped out, the plug put in and pulled over to the ramp.

Wow, how things have changed. Following a recent high school championship event on another lake, local tourism officials estimated a $1.5 million economic impact from the events.

Our first little high school bass tournament offered a trophy and Lew’s Speed Stick fishing rod/reel combos to the winners. The entry fee was $2.50. That’s right. Two dollars and fifty cents. A couple of years later, every entrant got a bait packet, a patch (those were big back then) and a chance to win much better prizes. Sorry, not sorry — everybody didn’t get a trophy.

The tournament continued for almost 15 years, even after I left the newspaper. The events ranged from 150 -190 anglers. Newspaper friends Johnny Gunter and J.C. Zagone kept it going. It ended after newspaper attorneys decided there was just too much liability. The world was changing, and it wasn’t all for good, as we see today in ways we never dreamed of.

Everywhere you look today there are social media posts and news releases about the “new” up-and-coming high school and college fishing events. It’s wonderful. I wish we would have pushed and grown it to other places a long time ago.

As I watch today, I just grin and enjoy the fact that these kids, most of who will never win a slam-dunk contest or play under the Friday Night Lights, are finally getting to show their stuff and grow a sport that so many of us love dearly.

Any place where rabbits can find abundant undergrowth to hide from predators and succulent foods to nibble, hunters should find rabbits. […]