A time-tested approach that veteran bass pro Darold Gleason of Many catches bass with in August is to cover the depths with his favorite Texas-rigged plastic worm, a V&M Baits Wild Thang.

“I like to throw the 8.5(-inch) version,” said Gleason, explaining that V&M pro staffers have nicknamed the worm that features a huge tail “the box worm.” As in, “Whenever you catch one on it, it goes in the box.”

Gleason, who fished the 50th annual Bassmaster Classic this past March, is confident he can rely on the worm to be a fish-catching bait when the heat is on.

“If a Louisiana angler is trying to figure out how to catch fish in August, that’s a good bait to use,” he said “It seems like in the summer, they don’t eat as often, but when they do, it’s a bigger meal. I mean, it’s a big-fish bait. That’s one thing I always have tied on in the summer. It’s a kicker thing.

“It’s real versatile at lakes like Toledo Bend. You can fish deep brush piles with it, with either a ½- or 3/8-ounce weight. It’s also a real killer at night at Toledo Bend.” 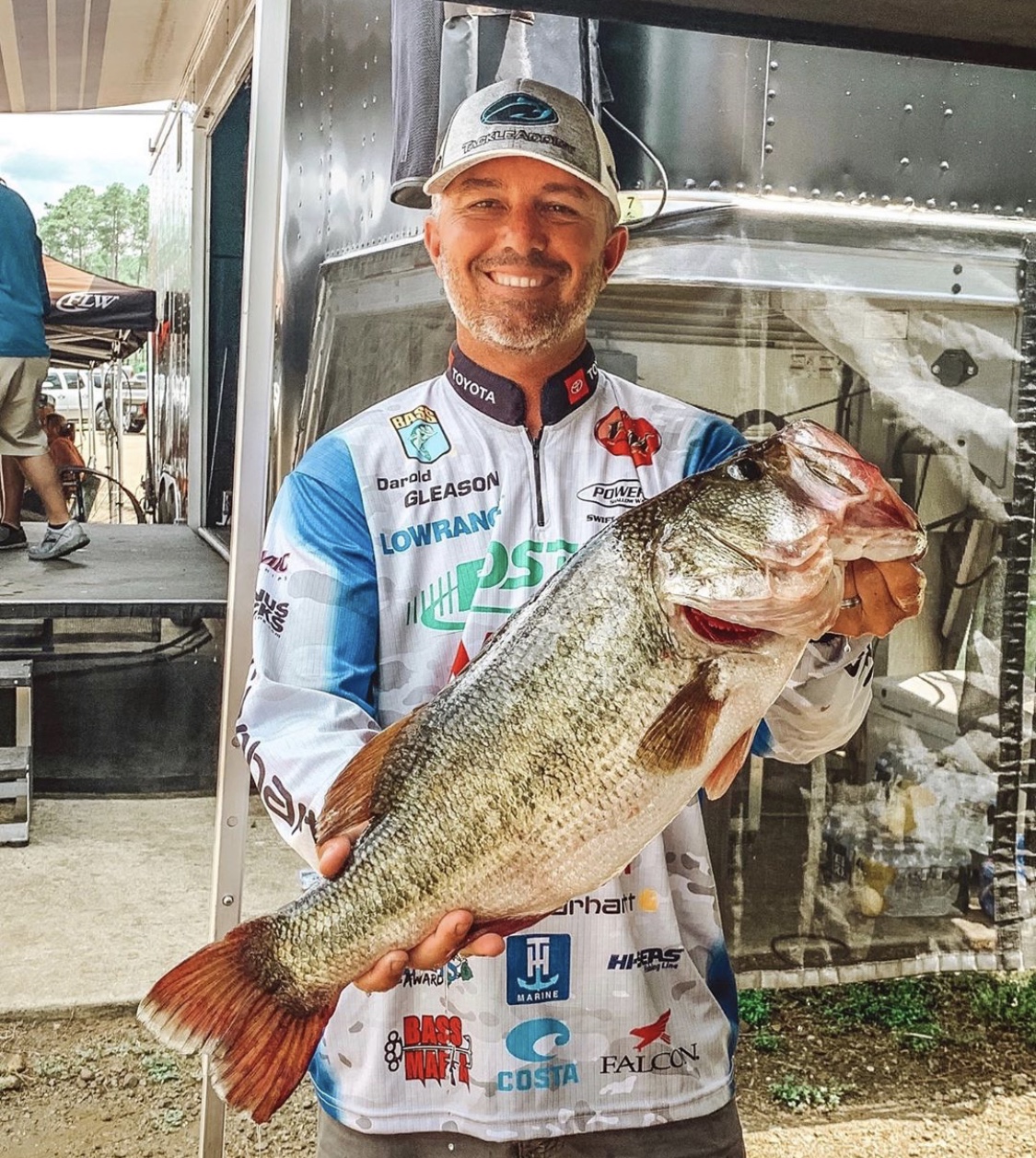 Gleason, who also guides, said a few of his clients have gotten their hands on 10-pound class bass at Toledo Bend night-fishing with the Wild Thang. It’s popular this time of year at Caddo Lake, too.

“A lot of guys fish it around cypress trees there with like a ¼-ounce weight,” he said.

“They both work in dingier water or clear water. Try each one to see which one they’re preferring,” he said.

A 5/0 Gamakatsu heavy wire, wide-gap hook gets the call when Gleason Texas rigs the Wild Thang. His line preference is 15- or 20-pound Hi-Seas fluorocarbon spooled on a high-speed reel mated with a 7-foot-3 Falcon Expert Amistad Series rod.