October is a prime time to throw topwaters almost anywhere, according to bass pro Robbie Latuso of Gonzales. His top pick is a buzzbait, namely, a ½-ounce Delta Lures buzzbait that’s very productive for him as fall arrives.

“You start getting fronts, and the fish start feeding more. You just cover a lot of water with (a buzzbait),” Latuso said.

Latuso recommends fishing a buzzbait around grass or any kind of vegetation, shallow or deep. He chooses Delta Lures’ models because “he (Fred King, the manufacturer) makes a good one. Yeah, I like the the hook, the way the head is shaped, and it runs good.”

Latuso will switch out the original blade on the ½-ounce model for a smaller blade, then add either a glacier-colored or black/red Zoom Z-Craw Jr. or a white or black/red Strike King Rage Menace. He can get more distance on his casts that way, he said. 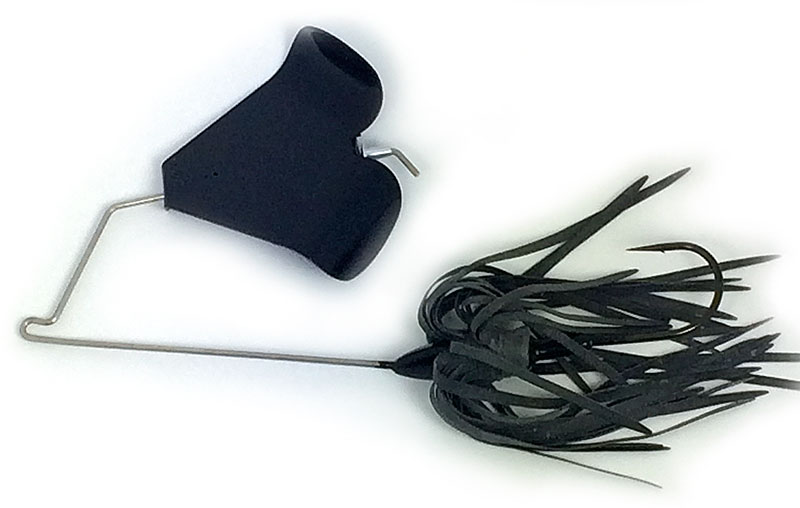 “If I can get away with braid, I’ll throw braid first,” said Latuso, who fishes the buzzbait with a Shimano Metanium reel seated on a 7-foot MH Fitzgerald Rod.

Latuso has had many memorable bites on his favorite buzzbaits, including in months other than October. For example, while practicing in early June for a Bassmaster Elite tournament on Alabama’s Lake Eufala, he enjoyed heart-stopping catches on a small, white Delta Lures buzzbait.

“The shad spawn had just started,” Latuso said. “They were killing that thing. Each day, I had at least three over 7 pounds and one day I had five over 7 pounds.”