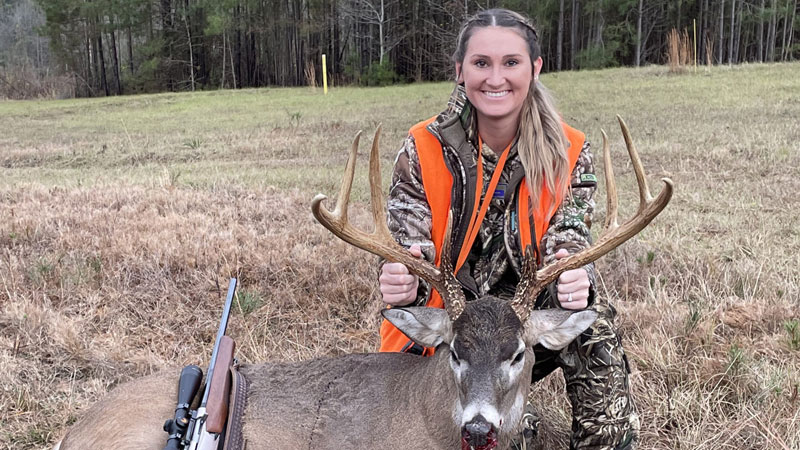 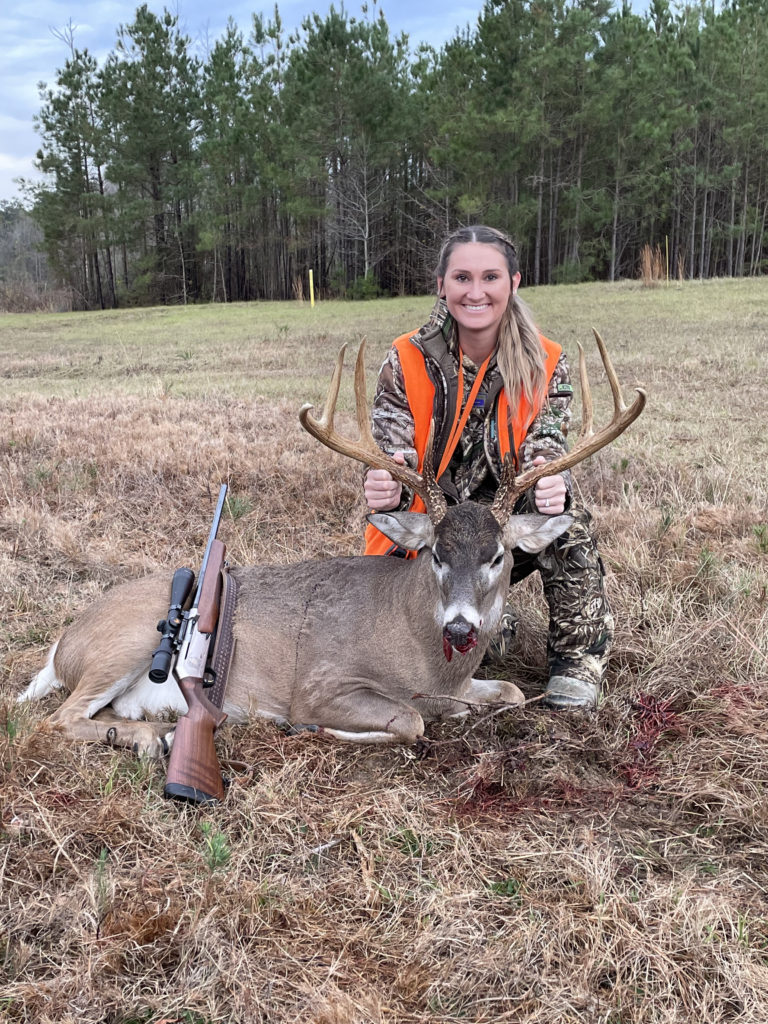 “The first drive of the morning. The dogs opened up in the block of woods in front of me. I saw a doe about 300 yards out in the clear cut. The next time I saw her was about 100 yards and she had a buck behind her but I couldn’t tell how big. I jumped off of my stump that I was standing on in the clear cut and went back out on the pipeline. The doe ran across and he was right behind her. I was shooting my Browning BAR MK3 30-06. I put the crosshairs on his nose, which is what my Dad taught me when the deer is running, and pulled the trigger. He dropped just off the pipeline. He was hit perfectly behind the front shoulder. We have had this deer on camera for several years but none in the day. I’m so blessed to have killed such a beauty.”

Carson Rodrigue, 10, killed this 8-point on the afternoon of Oct. 29, 2022 over the youth weekend in Pointe Coupee Parish. Facebook

A 10-point for 8-year-old Joseph Songné